With thousands in Iowa still in the dark after Monday's storms, Local 5 is getting answers from top officials on when you can expect power to be restored. 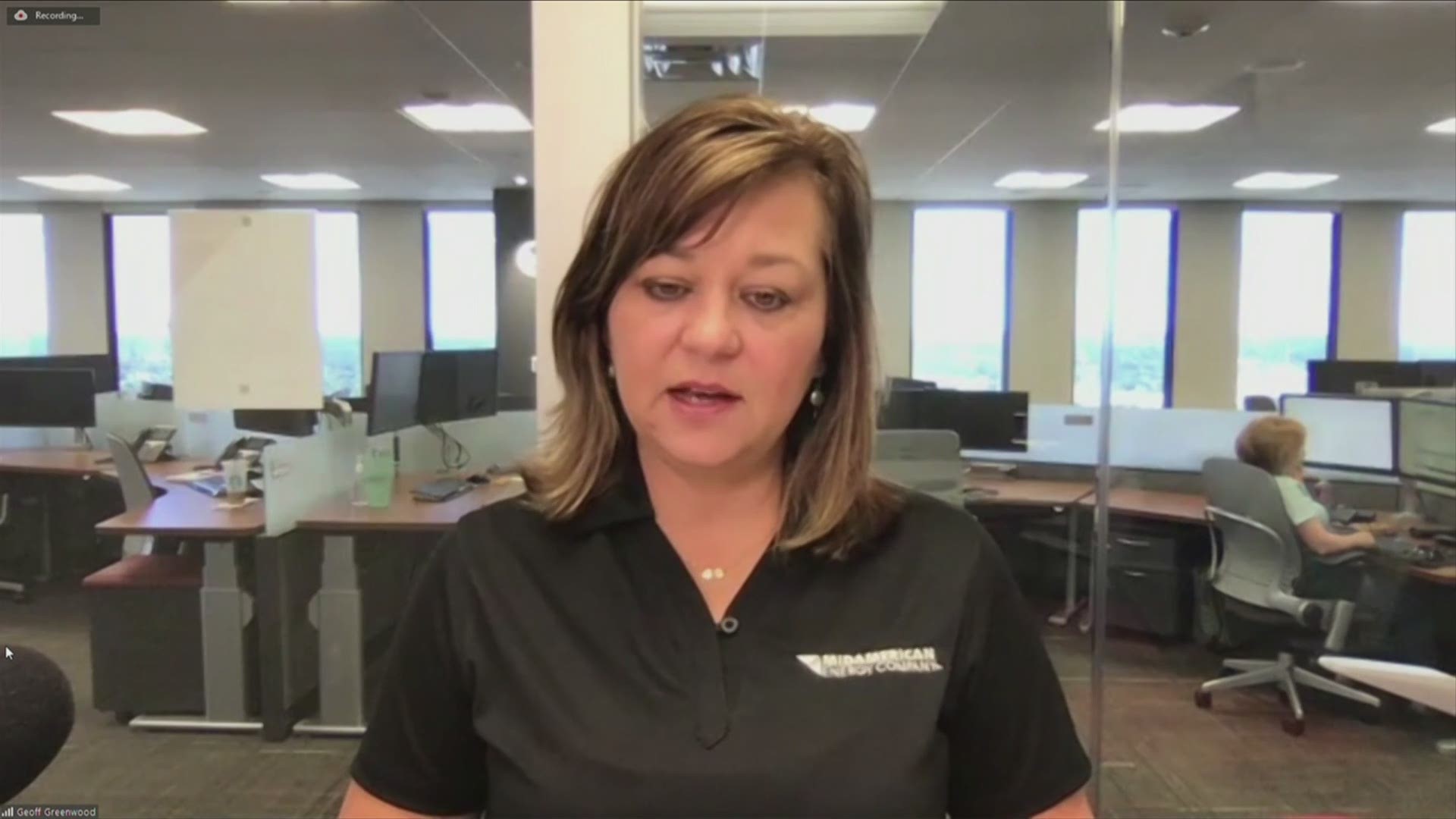 DES MOINES, Iowa — Power crews and tree trimmers have been out day and night, working together to get the lights back on for thousands of Iowans after Monday's hurricane-like storm.

In a press conference led by Gov. Kim Reynolds, Geri Huser with the Iowa Utilities Board said such widespread damage from the strong winds and hail have created another perfect storm to restore power.

"Utility companies have indicated that the storm damage is some of the most destructive of record," Huser said. "While utility crews are working 24/7, at this time there is no exact restoration of service and utility crews say that some areas of service can expect to be without power for several days as debris is cleared and downed power lines are replaced."

"Customers are asked to be patient as services are to be restored as soon as it is safe to do so." 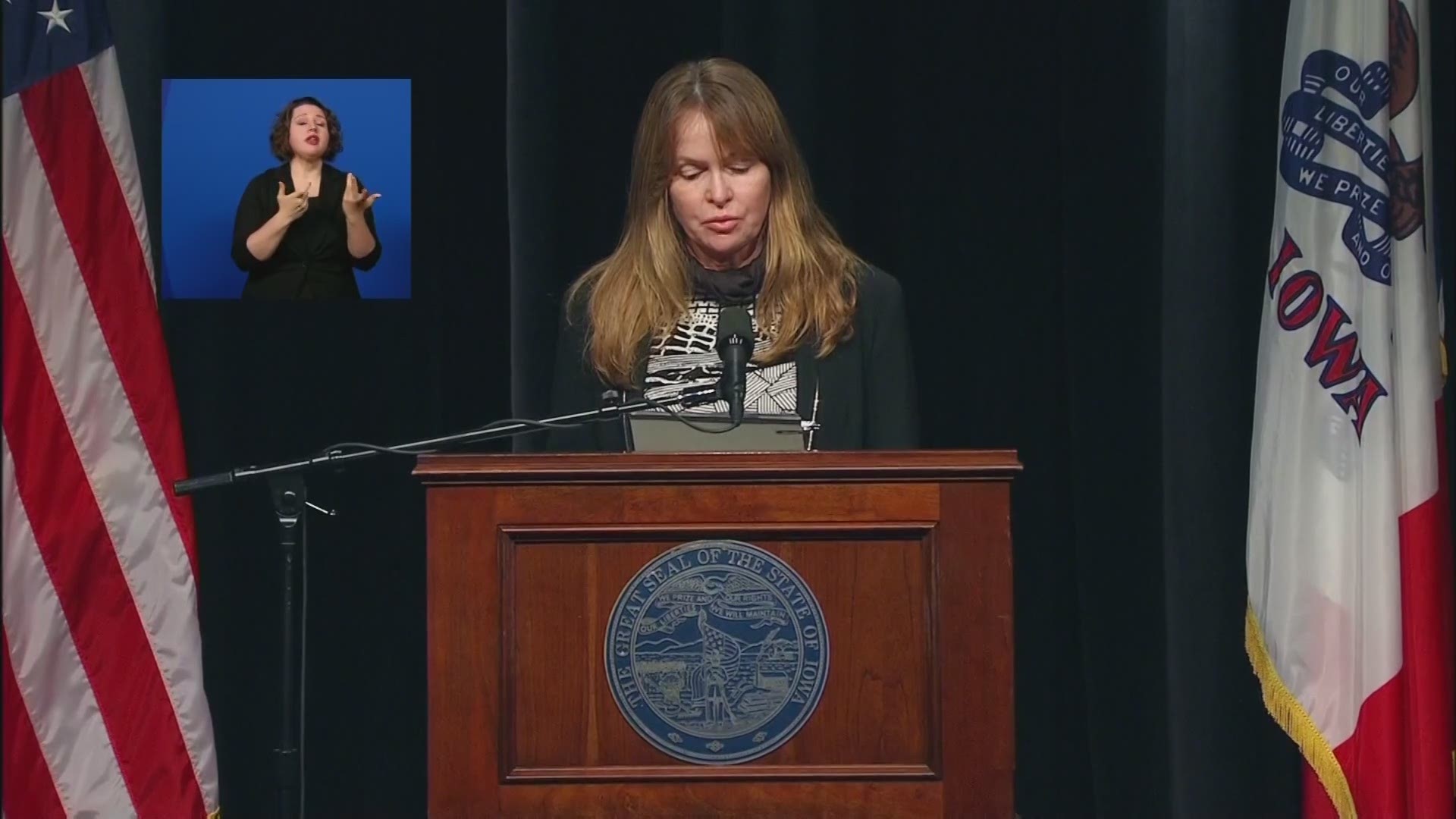 Local 5 checked in with representatives from MidAmerican Energy, which supplies power to thousands of Iowans. Tina Hoffman explained why it takes so long to get the power back on.

"A lot of this is based on assessment," Hofmann said. "This is obviously a very widespread storm with a lot of damage and along those lines, as we hear from people, we understand 'my house is out but my neighbor's house isn't,' those things help us to pinpoint the exact issue that is going on."

Hoffman said that some crew members from their team are coming back from working on power outages on the East Coast. She said that plays a factor into how quickly things can come back on in Iowa.

"We also have to look at the number of crews we have available, tree crews and line crews and crews that are coming in from outside of our state, all those things factor into how quickly we can get to various outages and right now there are thousands of incidents and that just unfortunately takes time," she said. "And what I can assure everyone is that we have crews working around the clock and until the job is done we will be out there working until we restore power."

Many customers have been asking why one side of their street has power but another side does not.

Hoffman said each outage is different.

"...that's why it really depends and some folks have underground wires but again it goes back to where the power is controlled from and if transmission lines are affected. That could cause someone on one side of the street to be out when someone on the other side isn't."

MidAmerican has encouraged all its customers to report an outage.

Alliant Energy, another Iowa utility company, wants customers to let them know of a downed line or damaged equipment.

“The storm created damage beyond what we’ve seen before and it could take several days before the majority of services are restored,” Alliant Energy President Terry Kouba said in a statement. “For some customers, especially those living in more rural areas, it could be longer.”

“The storm created damage beyond what we’ve seen before and it could take several days before the majority of services are restored,” stated Terry Kouba, President of the Iowa Utility. “For some customers, especially those living in more rural areas, it could be longer.” 2/6 pic.twitter.com/dlLyXZtqUK

Much like the support Alliant Energy provided in areas hard-hit by past hurricanes, mutual assistance is being provided by utility and tree crews from around the country to help speed recovery. 4/6

Please do not touch or go near downed lines. They may be live and could cause serious injury.https://t.co/LgwgsAEXb1

As of 6:25 p.m. Friday, around 143,000 MidAmerican Energy customers in Iowa were without power and Alliant Energy reported 188,164 customers without power (with a small selection of out-of-state-services areas).

You can view the latest power outages in Iowa here.