Rodney Cheney, 59, had been missing since 7:45 a.m. Tuesday. He was found along the bank of the Raccoon River at the western edge of the city around 6:15 p.m. 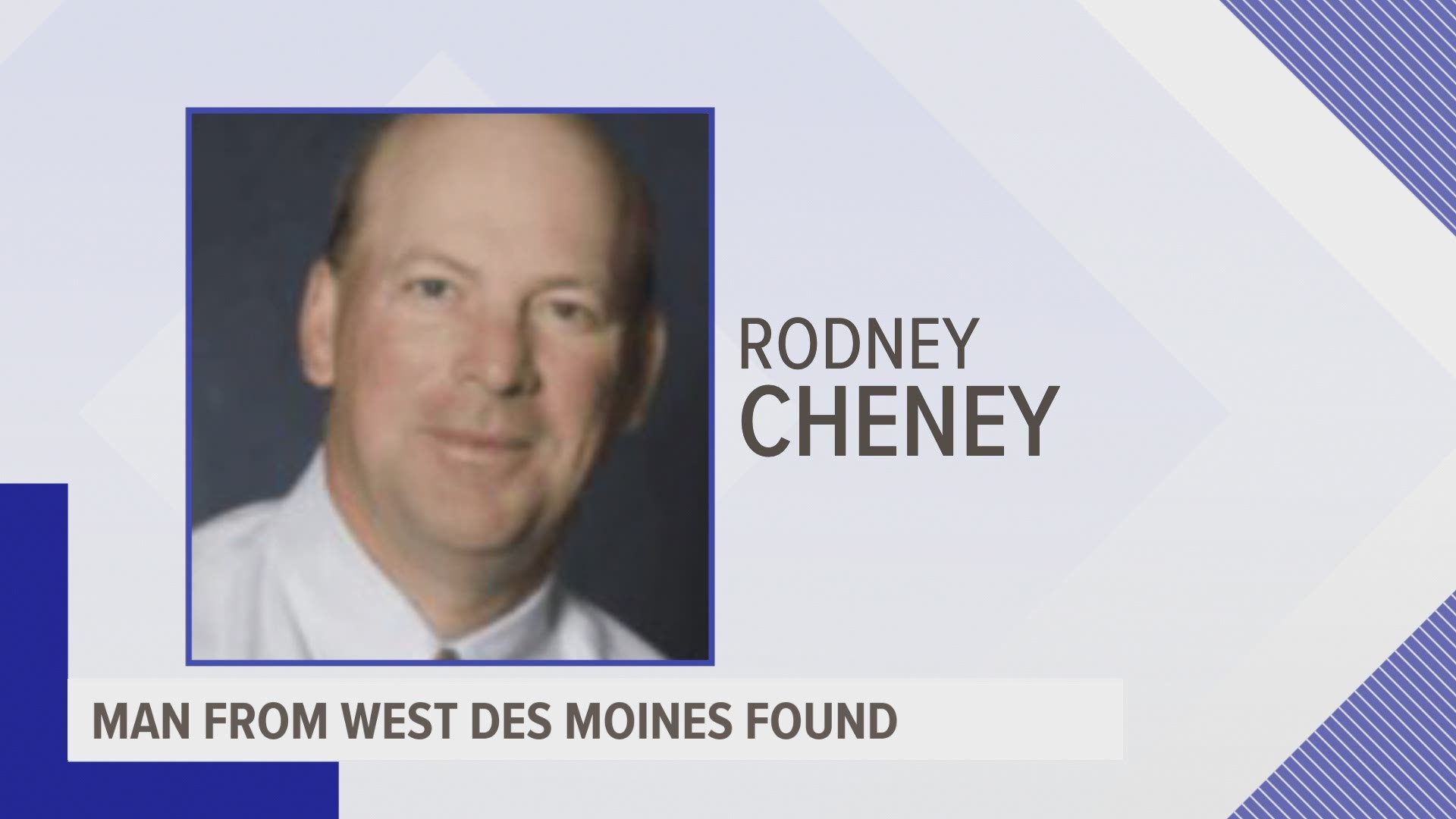 WEST DES MOINES, Iowa — A missing West Des Moines man is now in the hospital after being missing for just over 10 hours Tuesday, according to the West Des Moines Police Department.

Rodney Cheney, 59, was found along the bank of the Raccoon River at the western edge of the city around 6:15 p.m.

The West Des Moines Fire Department and EMS were able to extricate Cheney from the bank. He was transported to a local hospital with what appears to be non-life-threatening injuries.

Public safety officials, friends and family of a missing West Des Moines man are concerned for his safety Tuesday after a search for him came up short.

Cheney is described as 6'1, approximately 200 pounds and bald. He was last seen wearing blue jeans and a gray shirt with red lettering.

WDMPD says officials have "searched the area extensively" to find Cheney but couldn't find him. His welfare is of concern due to his medical issues and the heatwave currently gripping central Iowa.

Anyone with information on Cheney's whereabouts is asked to contact the Westcom Dispatch Center at 515-222-3321.