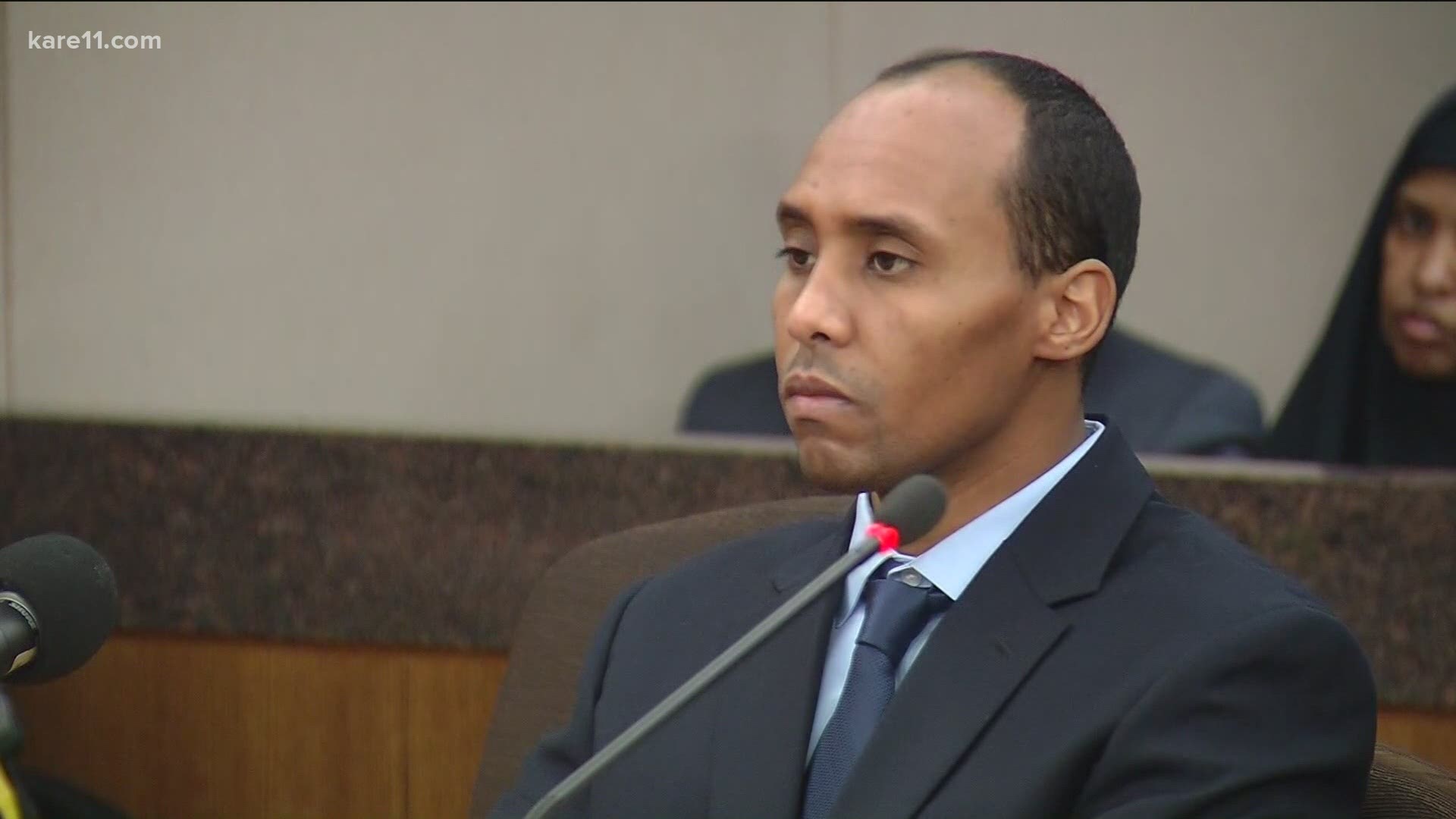 The state supreme court's decision on this appeal could have far-reaching ramifications for future cases, including fatal shootings by police officers.

Noor was convicted of second-degree manslaughter and third-degree murder for shooting and killing Justine Ruszczyk Damond in 2017.

Mohamed Noor was on patrol when he responded to a 911 call from Ruszczyk Damond saying she heard a woman under attack. She approached the squad car with Noor and his partner inside when he fired his gun, hitting and killing her.

Noor maintains he was acting in self-defense. He was ultimately convicted for her death on both second-degree manslaughter and third-degree murder charges, and sentenced to 12 years in prison.

Noor's team appealed the third-degree murder conviction, and in February, the Minnesota Court of Appeals upheld it. Noor's legal team then officially filed a petition asking the Minnesota Supreme Court for review.

On Wednesday, Noor's attorney Caitlinrose Fisher argued to the state supreme court justices that the "depraved mind" element of a third-degree murder conviction requires that the "eminently dangerous" act is not directed a particular person. She said the Minnesota Supreme Court has upheld that requirement for more than a century and in 20 separate decisions, and should not override its own precedent.

“This has been and is intended to be a narrow crime,” she said. "When we’re talking about treating an unintentional death as a murder, that is a narrow class of cases."

Fisher pointed out that the defense accepts that the jury decided Noor took an "unreasonable risk" and that they are not asking for the manslaughter conviction to be overturned.

She added, "Everything happened in a split second. That falls within culpable negligence. We don’t think a split-second decision can rise to the level of a depraved mind.”

Assistant Hennepin County Attorney Jean Burdorf appeared on behalf of the state. She said that the case law is unclear, and the state supreme court should do whatever they need to do - including overriding previous decisions if necessary - to clarify the third-degree murder requirements.

“Noor is arguing in essence he can’t be convicted of third-degree murder at all because his actions were directed at Ms. Ruszczyk," Burdorf said.

She quoted the statute, saying a person commits third-degree murder if that person "causes the death of another by perpetrating an act eminently dangerous to others and evincing a depraved mind, without regard for human life."

The state is arguing that the "no particular person" requirement who has been developed in case law is not actually present in the "plain language" of the statute.

“The language simply isn’t there," she said.

Justice Natalie Hudson acknowledged that the requirement that the act not be aimed at one person is "a judicial creation that we’ve added over time."

Burdorf added that Noor should not be let out of the third-degree murder conviction just because his actions were aimed specifically at Ruszczyk Damond, and not at a group of people.

"Those two things are equally blame worthy,” she said. “What we are punishing is the eminently dangerous act.”

Part of the state's argument is that if third-degree murder has to be aimed at more than one person, it creates a "hole" in the homicide charges prosecutors are able to file in Minnesota.

Justice Anne McKeig asked both attorneys if by siding with Noor and reaffirming that the act has to endanger more than one person, the state supreme court will be effectively making it impossible to convict a police officer of third-degree murder.

Noor's attorney, Fisher, responded, "If you have some sort of a split-second reaction to a perceived threat, it is hard for me to imagine that that could fall into the realm of a depraved mind."

And Burdorf on behalf of the state agreed, saying, "If you maintain that a person cannot be convicted of third-degree murder if their actions are directed at a particular person, there is not going to be an officer-involved shooting that could be prosecuted under Minnesota’s third-degree murder statute."

Fisher, however, argued that if there is a hole in Minnesota's homicide charges, it should be filled by the state legislature - not the courts.

Burdorf finished her argument by saying, "We are arguing that this court should go back to the fundamentals, look at the common law, look at the language of the statute, and correctly interpret depraved mind murder."

Fisher argued that Noor's actions in that split second did not convey a reckless disregard for human life - and do not come close to fitting the definition of a depraved mind.

"Officer Noor was intending to protect his partner, that is a life that he cared about," she said. "He also very much cared about Ms. Ruszczyk based on the way that he acted after this shooting."

The Minnesota Supreme Court will take both arguments under advisement, and they will issue an opinion "in due course."

KARE 11 previously spoke with Ted Sampsell-Jones, a Mitchell Hamline law professor not affiliated with the case, about the essential disagreement in the charge.

"There's this longstanding dispute about third-degree murder and whether it applies when you only place one person at risk or when you, or do you have to place a lot of people at risk for it to count as third-degree murder," Sampsell-Jones said.

Noor's case was brought back into the spotlight this year during the trial of former Minneapolis police officer Derek Chauvin. Chauvin was also convicted of third-degree murder in the death of George Floyd, after kneeling on his neck for more than nine minutes. Chauvin's attorney wanted his third-degree murder charge dropped because of the pending state supreme court review of the charge in Noor's case.

Although Noor's appeal could have ramifications for Chauvin, it's unlikely any decision would impact his sentence. That's because he was also convicted of second-degree murder, which carries a heavier sentence than third-degree murder. 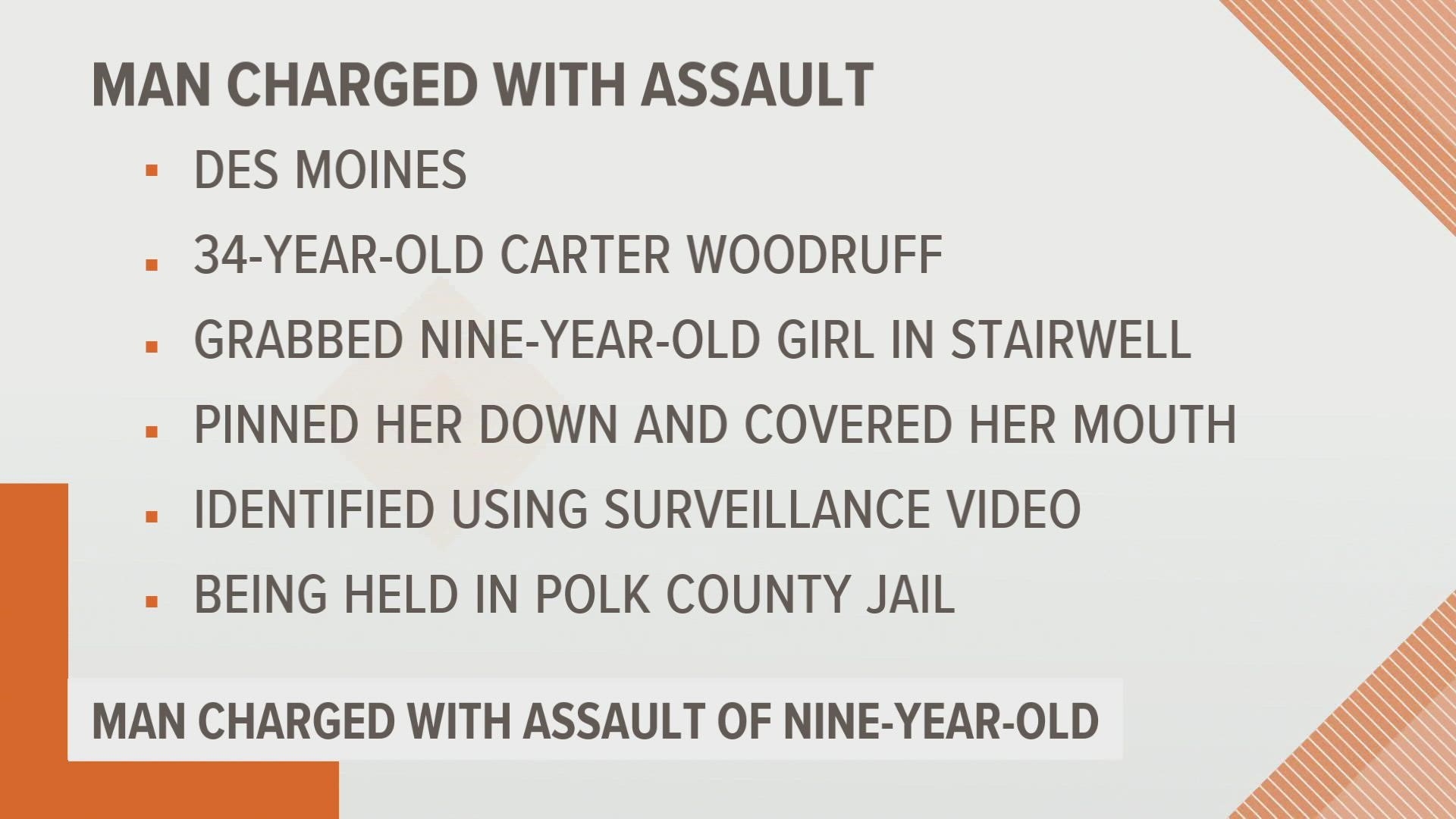