Prosecutors want the court to rule against the Bahena Rivera defense team's subpoena into alleged sex trafficking in Mahaska County. 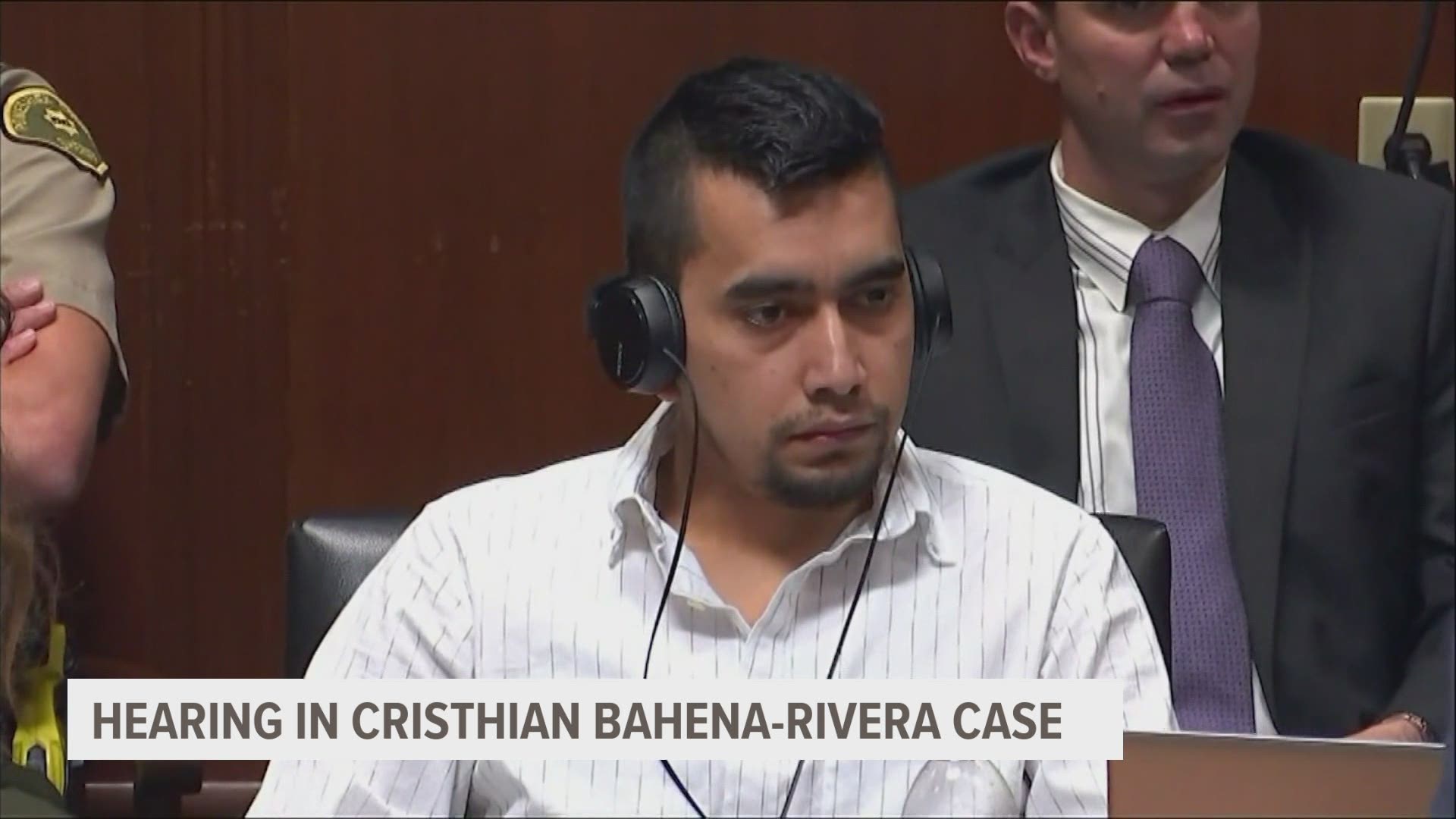 POWESHIEK COUNTY, Iowa — Prosecutors in the case against the man convicted of killing Mollie Tibbetts have asked the court to nullify several subpoenas requested by the defense, saying those requests are "overbroad and not related" to the case.

A motion from the state says the subpoenas issued by Cristhian Bahena Rivera's defense team requested information from the Mahaska County Sheriff's Office surrounding alleged sex trafficking, including information about witnesses, victims or suspects from Jan. 1, 2018, to the present.

This comes after the court already denied Bahena Rivera a motion to consider new evidence in court. Bahena Rivera's defense has also motioned for a new trial after he was convicted in May.

The court filing lists one other subpoena sent to an Iowa Division of Criminal Investigation agent who assisted in the Mahaska County investigation as well as their suspicion that the defense may have submitted similar requests to area law enforcement agencies.

"This subpoena and any similar subpoenas are overbroad and not related to this case," the court document says. "The requests may also include otherwise privileged or sensitive law enforcement information relating to on-going investigations."

The prosecution also argues there wasn't enough time for the Mahaska County Sheriff's Office to gather all of the information requested. The document says the sheriff's office received the request on July 23 shortly after noon.

Another note in the prosecution's motion says the court ruled such requests like these are a "fishing expedition."

The prosecution's motion also says the court has already ruled the information subpoenaed to have "no relevance to or connection with the disappearance and murder of Mollie Tibbetts."

Bahena Rivera will be back in court Tuesday where his attorneys will argue for a new trial. All of the remaining motions from his defense team are all about tossing out the guilty verdict.

The defense says they will need a full day to present their evidence and call witnesses, one of those being a man who claims a former cellmate of his confessed to killing Tibbetts.