The sentencing hearing for Cristhian Bahena Rivera is scheduled for Aug. 30, according to court documents. 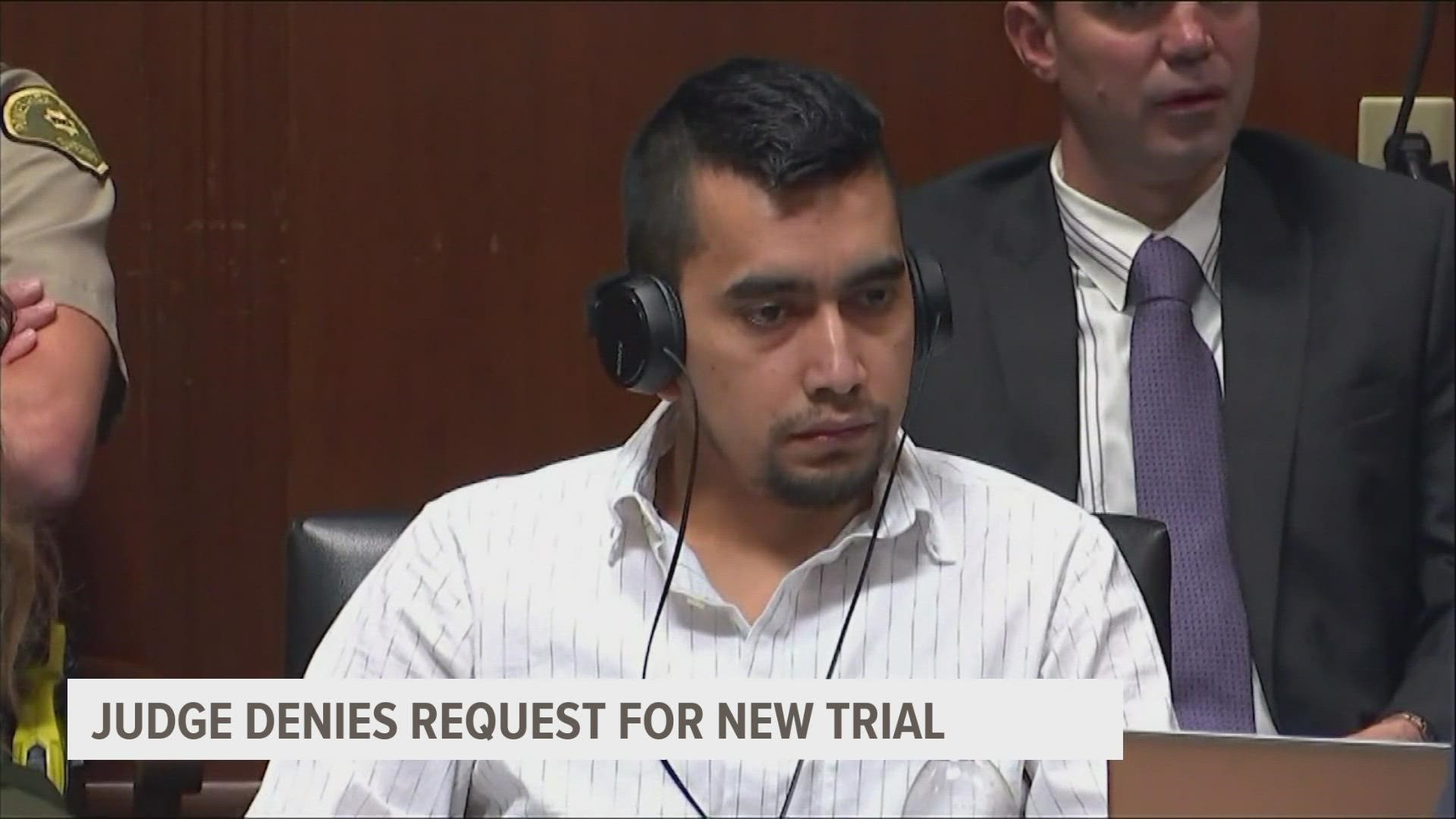 POWESHIEK COUNTY, Iowa — A judge denied a convicted man’s request for a new trial in the 2018 killing of University of Iowa student Mollie Tibbetts.

Judge Joel Yates issued his ruling Monday, clearing the way for sentencing to proceed in the trial of Cristhian Bahena Rivera.

The farmhand, who came to the U.S. illegally as a teenager, was convicted in May of first-degree murder in the killing of Tibbetts, who disappeared while out for a run near her Iowa hometown.

Other witnesses testified to details of drug and sex trafficking investigations the past few years, with the defense and prosecution sparring over relevancy to the case at hand.

"I want to get to where we need to go with this, and that is what we're here on, and I'm not finding it," Yates said last week. "I would just again remind the defense, who were here on ... new trial in the Rivera case ... so, develop this but we need to get back to that."

Bahena Rivera was to be sentenced to life in prison last month, but Yates postponed sentencing to allow defense attorneys to present a new theory about who killed Tibbetts based on information two witnesses gave to police.

According to a court filing, Bahena Rivera's sentencing hearing is scheduled for Aug. 30 at 1:30 p.m. at the Poweshiek County Courthouse.