Bahena Rivera was convicted of Murder in the First Degree after a seven-day trial. 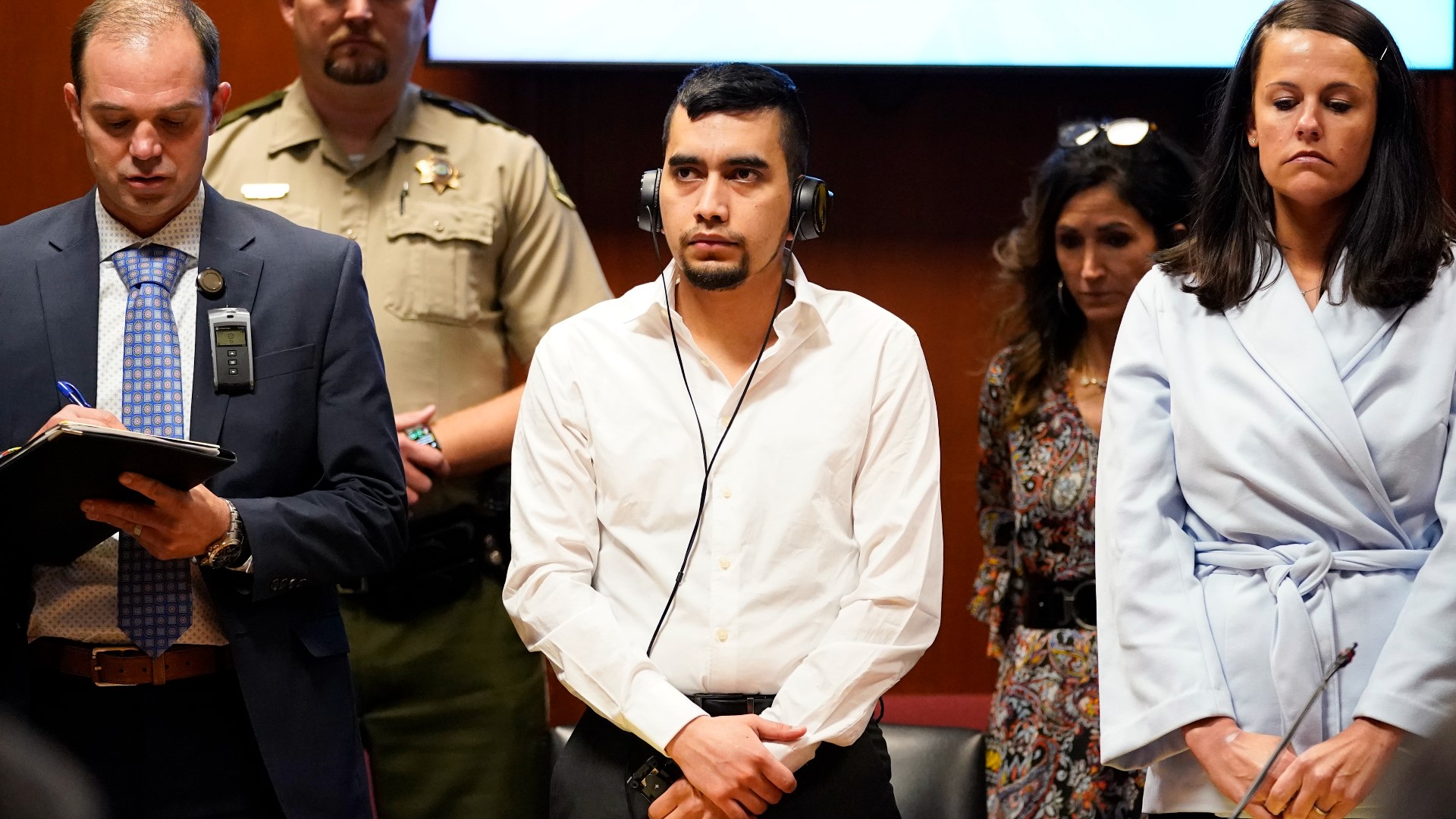 Bahena Rivera 26, was found guilty in the 2018 killing of 20-year-old University of Iowa student Mollie Tibbetts.

The trial contained seven days of testimony from law enforcement, those who know the defendant and Tibbetts' boyfriend, Dalton Jack.

"We're disappointed," defense attorney Chad Frese said following the verdict, adding they respect the jury's decision and appreciate the amount of time they took to review the case.

Poweshiek County Attorney Bart Klaver said Bahena Rivera's testimony in court "was a little surprising," and while it weaved in some details of the case, he said there are pieces that didn't match up with what actually happened.

"I think it ended up helping us, I mean he's coming up with something totally new," said Assistant Attorney General Scott Brown.

Klaver said the jury gave "the verdict that the evidence demanded" in finding Bahena Rivera guilty.

Brown reviewed the evidence with the jury during closing arguments Thursday, including the car and a runner that were captured on video, the confession an officer testified to and the blood found in Bahena Rivera's trunk.

He also reminded jurors that the defendant led authorities to Mollie's body, saying "she is unfindable, except by the defendant."

Chad Frese said the investigation was done amid "sloppy" police work, pointing out missing elements: no murder weapon, no crime scene, no eyewitnesses and no motive.

From the beginning, Frese said the resources made available by the federal government weren't used properly. He called Bahena Rivera's 11-hour interview with Officer Pamela Romero a "colossal blunder."

Jury deliberations began at 1:30 p.m. Thursday before jurors were dismissed for the evening at 4:30 p.m.

A verdict was reached shortly after 1 p.m. Friday.

Bahena Rivera faces a mandatory sentence of life in prison without the possibility of parole. Sentencing is scheduled for July 15.

Bahena Rivera testified himself Wednesday that two masked men showed up in his living room in July 2018 and threatened him, with one holding a knife and the other a gun.

He said the men ordered him to drive toward Brooklyn, Iowa. He said he couldn't remember the exact routes, but said they went back and forth through the area in his black Chevy Malibu.

Bahena Rivera testified they drove past Mollie Tibbetts while she was running about three or four times.

His testimony indicated the men instructed him to stop a couple of times; the first time the man with the knife got out and came back about 10 minutes later. They continued driving toward town and then Bahena Rivera was directed to stop a second time.

When the men were gone, he said he got out and looked in the trunk of his car, and found Mollie Tibbetts' body there. Not seeing any signs of life, the defendant said he picked her up, put her in the cornfield, and covered her with corn.

RELATED: Here are the closing arguments for Cristhian Bahena Rivera's trial in the death of Mollie Tibbetts 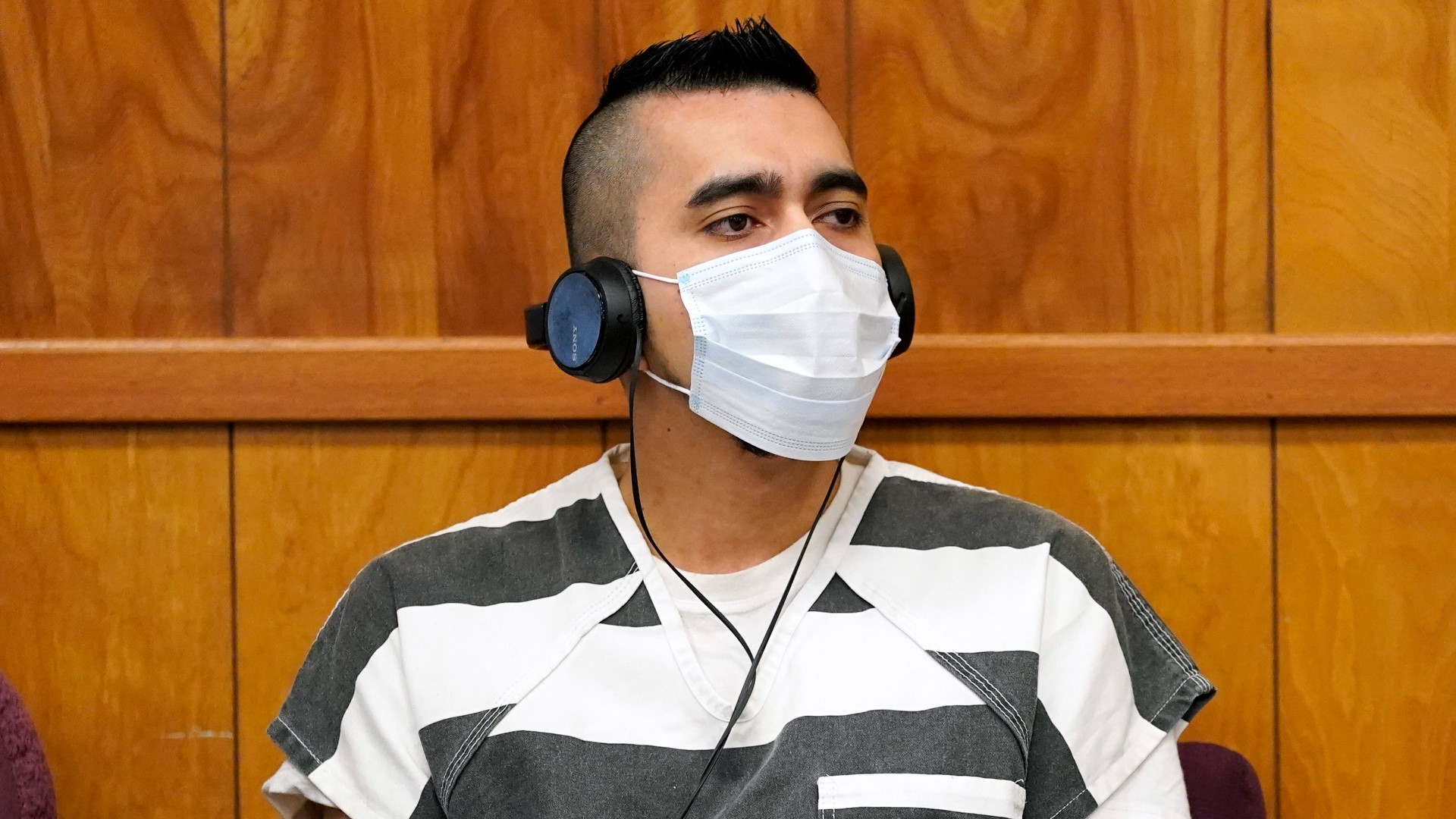