Cristhian Bahena Rivera was convicted Friday of Murder in the First Degree for the death of Mollie Tibbetts, a 20-year-old University of Iowa student. 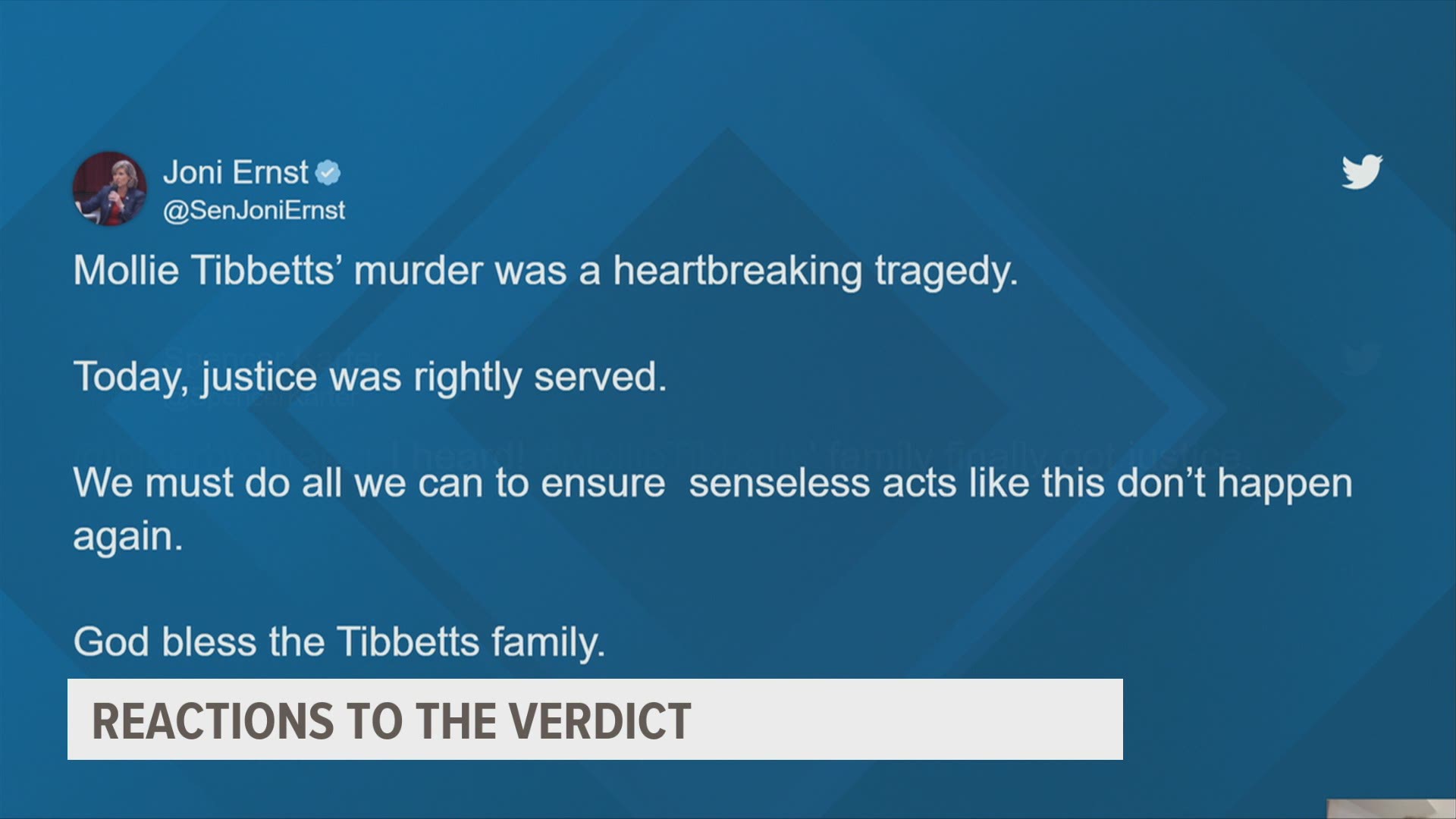 DES MOINES, Iowa — For almost two weeks, all eyes in Iowa have been turned to Scott County for the trial of Cristhian Bahena Rivera, who was convicted Friday of murdering 20-year-old University of Iowa student Mollie Tibbetts.

“My heart goes out to Mollie’s family for having to endure the pain and suffering that resulted from this horrific murder. I pray that today’s verdict will not just bring justice but some sense of closure to her family and the community. There is no bringing Mollie back, but her memory will continue to live on through the happiness she brought to all who knew her.”

Republican Sen. Joni Ernst was one of the first politicians to extend her thoughts to the Tibbetts family via Twitter, saying, "Today, justice was rightly served."

"We must do all we can to ensure senseless acts like this don't happen again," she tweeted.

We must do all we can to ensure senseless acts like this don’t happen again.

Sen. Chuck Grassley also tweeted out his reaction to the guilty verdict, noting Bahena Rivera is an undocumented immigrant.

Earlier Friday, Republican Rep. Ashley Hinson's office sent out a statement before the verdict had been announced. Her office told Local 5 the statement "was sent in error."

Iowa Attorney General Tom Miller also reacted to Friday's verdict via Twitter, saying the officers in the case should be applauded.

The officers in the Bahena Rivera case should be applauded. "It's not that they're lucky, they're persistent," AAG Scott Brown said. Thank you, @IowaDPS and local law enforcement. #MollieTibbetts