The mandatory sentence for first-degree murder in Iowa is life in prison without the possibility of parole. 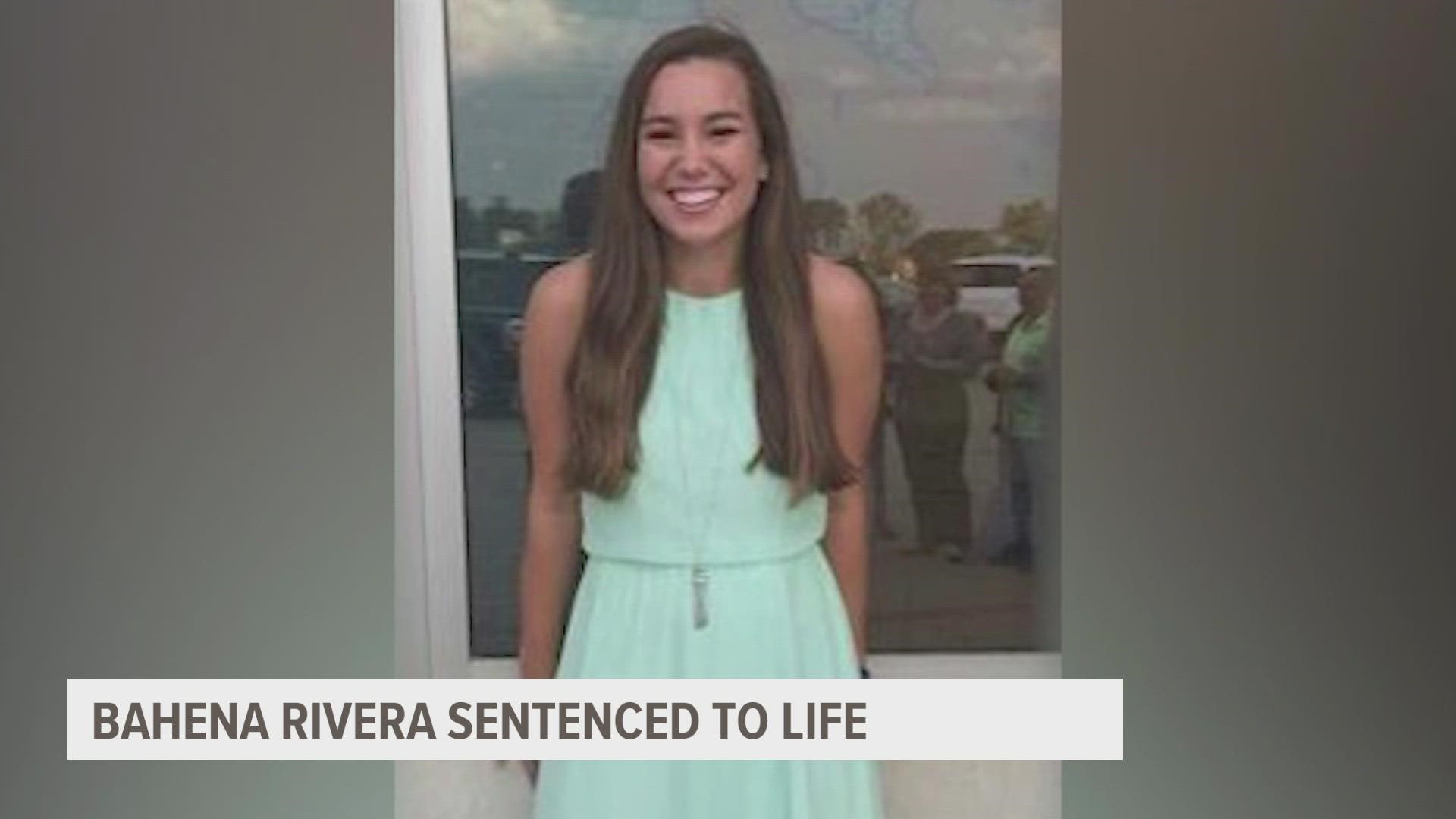 MONTEZUMA, Iowa — More than three years after Mollie Tibbetts' death and three-plus months after Cristhian Bahena Rivera was convicted of murdering the 20-year-old University of Iowa student, he was sentenced Monday to life in prison without the possibility of parole.

The Poweshiek County hearing had been pushed back due to motions filed by his defense team.

Judge Joel Yates denied both a motion to compel new evidence in the case and a motion for new trial.

A Scott County jury found Bahena Rivera, now 27, guilty of first-degree murder after a seven-day trial in late May.

He was sentenced Monday to life in prison without the possibility of parole and ordered to pay $150,000 in restitution to Tibbetts' estate.

There is no bond on appeal.

Given the chance to speak Monday, Bahena Rivera replied "No thank you."

"Because of your act, I will never get to see my daughter become a mother," the statement said.

Tibbetts’ body was found in a cornfield near Brooklyn, Iowa in August 2018, one month after she went missing.

Bahena Rivera led law enforcement to her body, but testified himself during the trial he did not kill her, saying instead it was the work of two masked men who kidnapped him and forced him to drive them to Tibbetts’ location.

The prosecution closed its case by telling jurors that Bahena Rivera’s own testimony "doesn't make sense" because the video evidence refutes his story.

The jury deliberated for three hours the afternoon of Thursday, May 27 before returning a guilty verdict shortly after 1 p.m. on Friday, May 28.