DALLAS COUNTY– Highway 169 at the Highway 141 overpass is shutdown due to an early morning crash. 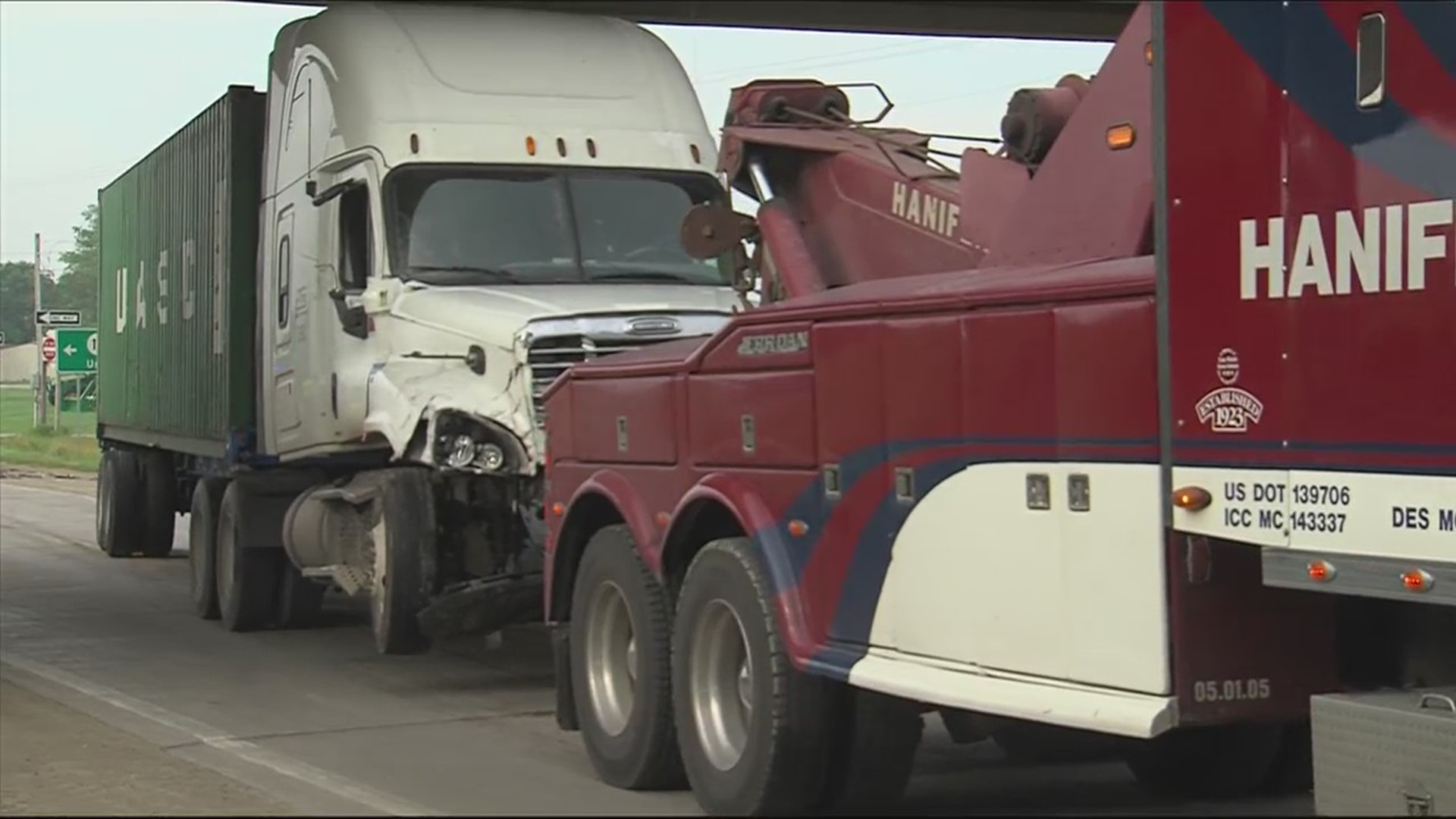 DALLAS COUNTY– Highway 169 at the Highway 141 overpass is shutdown due to an early morning crash.

Officials say low visibility due to fog caused the crash.  Three semis, a car and a truck were involved.  One person was sent to the hospital.

The Bouton Fire Department says a semi-truck coming off of Highway 141 appears to have pulled out in front of another semi. The other vehicles involved were a result of a secondary crash as drivers tried to avoid the initial crash.

The number of cars and debris from the accidents is making it difficult to reopen the road.  Bouton Fire officials expect to re-open the road sometime before 8:30 am Thursday.

Stay with Local 5 as we follow this developing story.