Sgt. Alex Dinkla says it happened on Highway 14 south of the Mile Long Bridge outside Knoxville. 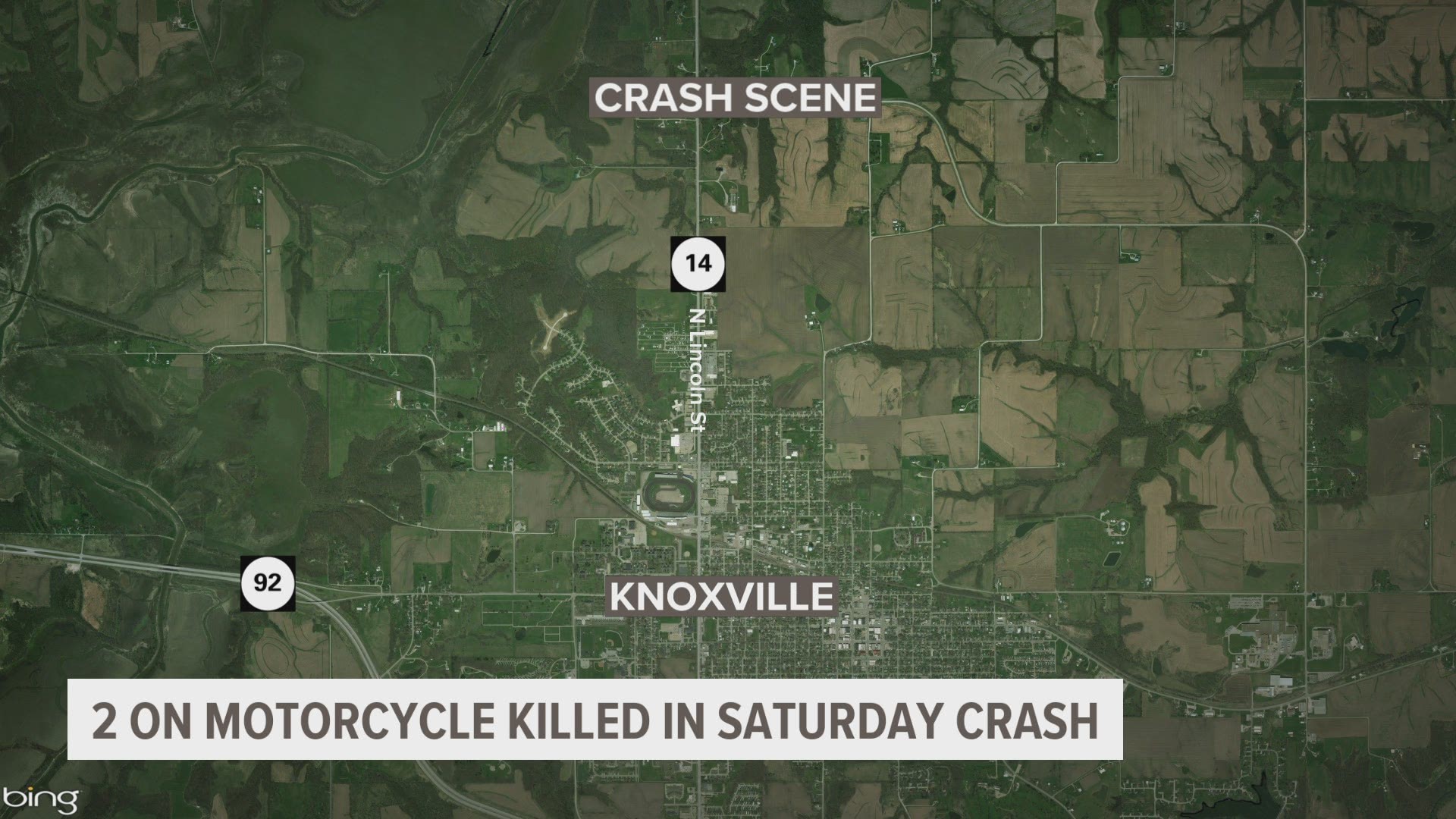 First responders got the call about a crash around 1:30 according to the Marion County Sheriff's Office. The preliminary investigation shows a car was rear-ended, causing that car to cross over into the southbound lane and hit an oncoming motorcycle.

The crash happened on Highway 14 and Highway G44 outside Knoxville, according to Iowa State Patrol. That's south of the Mile Long Bridge located north of Knoxville.

Both drivers suffered minor injuries and one passenger was taken to a hospital with non-life threatening injuries.