After a Carlisle teen's callback audition with a Tony-Award winning broadway star was cancelled due to COVID-19, she made the most of it. 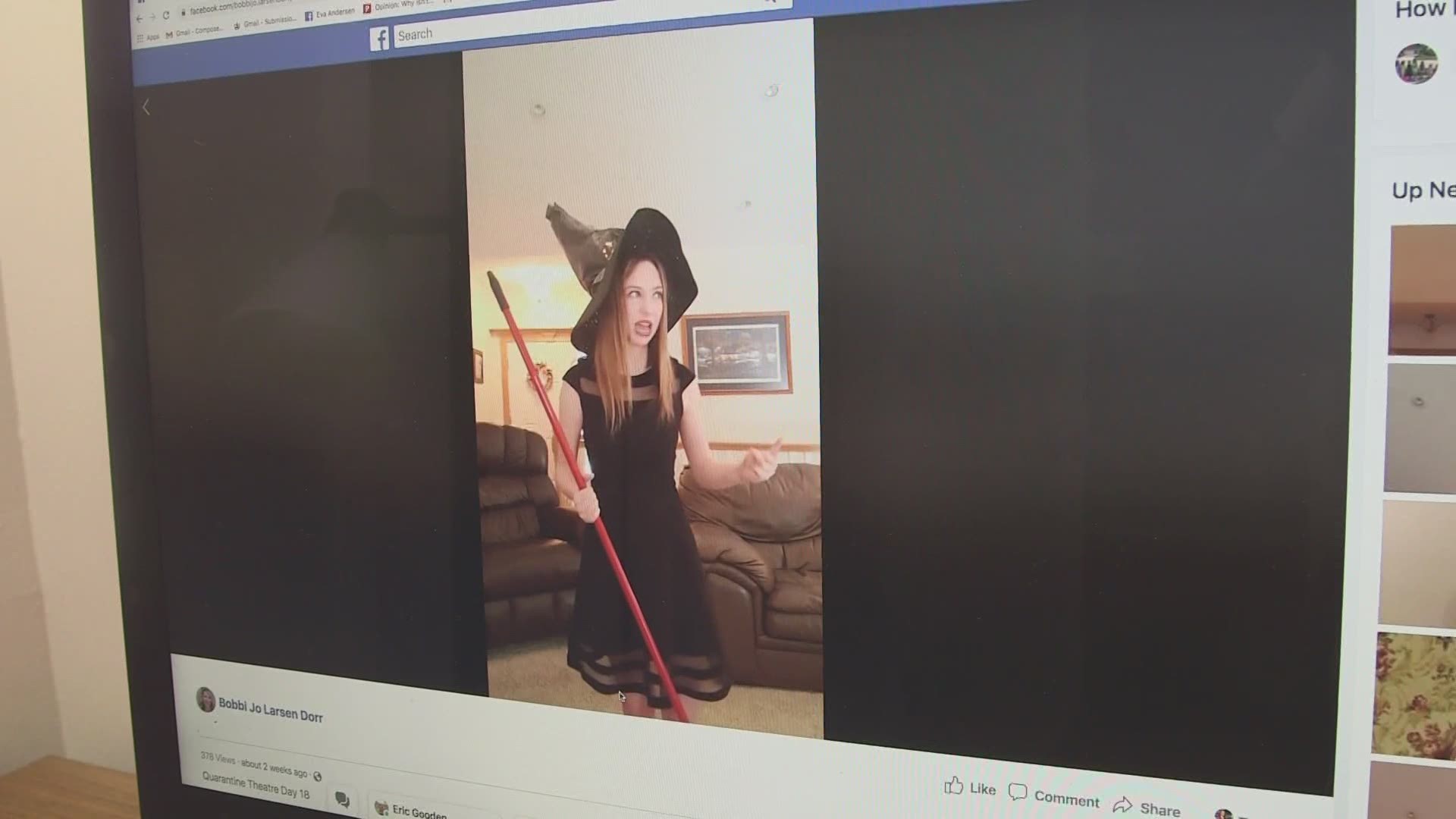 This past week would have been an important one for a talented central Iowa high school student who was a finalist in a prestigious broadway theatre summer camp. That was, until it got cancelled due to COVID-19.

Bailey Dorr, a 15-year-old student at Carlisle High School, has a flair for the dramatic. She loves playing all types of roles in musical theatre, whether it’s Glittery Galinda from Wicked or a frumpy Miss Hannigan from Annie.

"I just love theatre--I love all the aspects of it," said Bailey. "I love the costumes, the make-up, the singing the dancing..."

During isolation, she’s been channeling that love into "quarantine theatre" on Facebook.

Her mom posts daily videos of Bailey singing along to recorded piano accompaniment. She covers a range of fully-costumed characters, like Éponine from Les Miserables, and an already famously-quarantined character, Rapunzel.

"We have people that are waiting," said Bobbi Jo Dorr, Bailey's mother. "So if we don’t post by certain time, they are emailing us and texting us, 'hey when is quarantine theater coming out?' "

Last Friday, Bailey would have been singing not for internet audiences, but for her idol: Tony Award-Winning Kristen Chenoweth.

Bailey sent in a video audition to Chenoweth’s elite Broadway Bootcamp. According to her mother, out of around 3,000 submissions, Bailey was one of 60 nationwide to get selected for an in-person callback audition for the summer camp.

The callback would’ve been last Friday, but of course, it was cancelled due to COVID-19 concerns.

Now, Chenoweth won’t be able to see how much Bailey’s grown when she last sang with her.

Three years ago, at age 12, Bailey got invited onstage to sing with Chenoweth at the Civic Center in Des Moines. She wowed the audience and the Broadway star.

"[Kristin Chenoweth] stopped and she came down to the stage and she said, 'Are you kidding me, she’s only twelve?!" Bobbi said.

It’s a moment Bailey cherishes now more than ever.

"On top of all her talents, she’s such a kind person," Bailey said. "She's really down-to-earth."

So in Chenoweth’s honor,  Bailey will keep growing and entertaining through the quarantine.

In the meantime, her mom said she’s looking for a talented male counterpart to do quarantine duets with to further expand her repertoire for quarantine theatre.