8-year-old girl on Nats game shooting: 'I was kind of prepared, because I'm always expecting something to happen'

Faris Nunn was sitting at National Park's third baseline with her family when shots rang out. 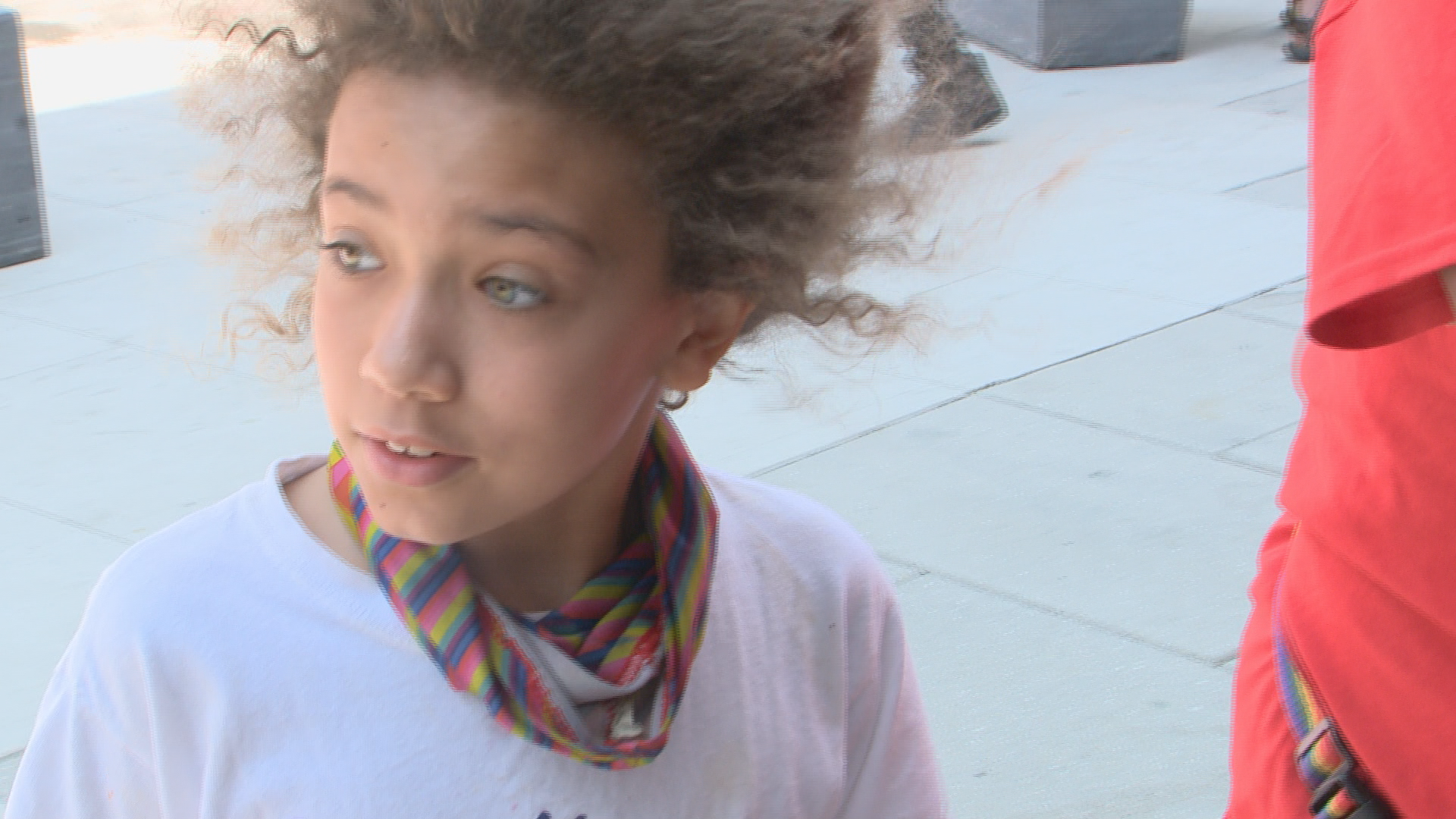 WASHINGTON — As fans headed back into Nationals Park on Sunday, it was hard for some to shake off images of Saturday's shooting that left three injured.

D.C. Police said it was a shootout that involved two cars. They said two of the people involved in the shooting were sent to the hospital with injuries, and an innocent woman attending the game was also shot outside of the stadium.

Eight-year-old Faris Nunn was sitting at the third baseline with her parents and younger brother when shots rang out outside that very gate.

“I saw people looking that way. And I didn't know what was going on until I heard someone say get out, so I just started going under the seat," Nunn said.

When asked how she was feeling through all of that, she said: "It was my second shooting. So I was kind of prepared ... because I always am expecting something to happen.”

Her mom, Lora Nunn, said a man was shot to death outside of their Northeast D.C. recreation center in November, while they were at toddler playgroup.

As many have pointed out on Twitter -- that's a lot for children to handle.

“We just tried to reassure her that this is not normal, that nobody's targeting her, that it's -- it's just a really stressful time right now with the pandemic," Lora said.

RELATED: 'People were desperate to get out of there' | Nationals fans describe experience as shooting unfolded outside stadium

Sober reminder of what far too many kids in DC face daily.

When I asked this 8 y/o girl - who was w/ her family at last night's game - how she felt when they heard shots, she said, "It was my second shooting, so I was kind of prepared."

This should not be normal. @wusa9 #Nats pic.twitter.com/H8Pqn8iF46

Lora Nunn and her husband Jim Faris recall chaos inside the stadium, with people running in different directions.

“Where I was sitting, I could see hands waving, telling people to get down. We weren't sure if it was a fight that had broken out or what," Jim Faris said. "But as people started coming down the steps, people started saying there's an active shooter. So everybody got down under their chairs and took cover.”

Lora said the ushers were very helpful in keeping everyone calm and telling them to duck for cover.

“At least the people around us were relatively calm and just checking on the kids because there were lots of young kids out that night," she said.

Sunday's game saw more kids filing into the stadium with their families, with parents saying they weighed the risks before going.

Hunt drove with his daughter Elizabeth up from North Carolina for the game, saying he felt comfortable with the expected increase in security.

“I thought about not coming, but we're so far away. We planned it out," Lou Hunt said. "Again, you know, stuff happens everywhere. We just went through COVID. There's risk involved in everything.”

Other parents, like Ali Coluccio, said they took a look at the park map before heading to the game for her son's birthday.

"Our seats are right by a door or an exit. So yeah, we're good. We're right behind the bullpen. So we're in the back and we know how to get out," she said.

Most people who showed up for Sunday's game said they weren't worried about safety at the game this time.

A spokesperson for D.C. Police said they were increasing patrols around the game Sunday but couldn't specify how many.

Others have posted that it's important to remember kids in D.C. -- and in so many other places -- face gun violence like this on a daily basis.

6-year-old Nyiah Courtney was shot to death at the corner of Malcolm X and MLK, Jr. Boulevard Friday night. Police are still looking for her killer(s).

WUSA9 is now on Roku and Amazon Fire TVs. Download the apps today for live newscasts and video on demand.

Download the WUSA9 app to get breaking news, weather and important stories at your fingertips.