The CEO of Merle Hay Investors, which owns the mall where the new arena will be built, expects more than 1,000 new jobs will be created in the area. 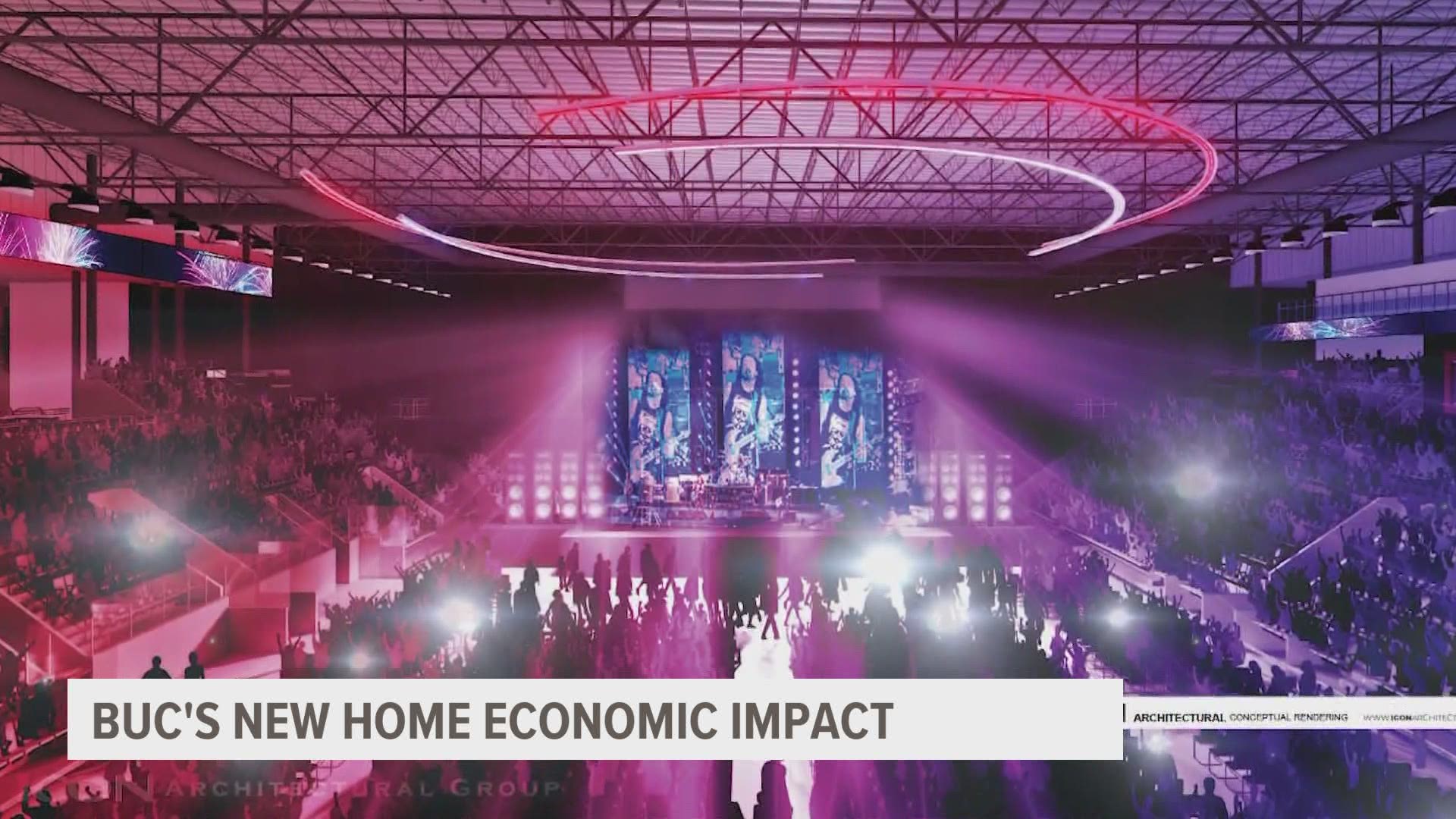 URBANDALE, Iowa — The new Des Moines Buccaneer's arena will not only serve the hockey team but the whole community at large.

The mall already makes a lot of money, even after stores like Younkers and Sears left.

"With Just Kohl's and Target operating, you know, the mall did approximately  $76 million in sales in the past 12 months, even during a COVID lockdown," Holland said.

The arena itself will be built in the former Younkers store on the west side of the shopping center.

The new facility is "highly needed," according to Michael Devlin, co-owner of the Buccaneers.

"We just don't have the capability in the current facility, again, to offer what you need to offer today's hockey players," Devlin said. "I mean, these are young men that are vying for division one scholarships, and you need to provide the right training and resources for them."

The current arena located on Hickman Road is still recovering after the August derecho tore off parts of the roof.

"While we've got an ice sheet down for them, they don't have the other ancillary training facilities that they need, and that a lot of other arenas in our league already do provide," Devlin said.

It won't be just the hockey team and players that benefit.

"A lot of people focus very much on the real estate aspect of it, you know, this building is going to become this and that," Holland said. "There hasn't been a great deal of energy put on how [it will be used]."

Holland said the arena can be used for events like:

"I think that that kind of benefit to the community, particularly when you look at where Merle Hay is from a neighborhood standpoint, in the whole Metro, we're in a very dense part of the metro in terms of how many people live within one, three, five miles of Merle Hay. And so we're just excited that it'll be convenient," Holland said.

Having the arena within the mall provides so many opportunities for those that visit. Holland said some hockey tournaments can bring in around 1,200 kids, not including their coaches, parents or other family members.

The convenient location of the arena is bound to make it more visible to the public, which Devlin said he is excited about.

The arena is seeking $30 million from the state's $100 million Iowa Reinvestment District Act fund to help with the building. The total private investment into the project is $120 million.

Holland said the project is ready to go once all of the funding is in place, and the goal is to open the arena in the fall of 2022.