Local 5 spoke with two freshman lawmakers about how it feels to be under the dome for the 89th General Assembly. 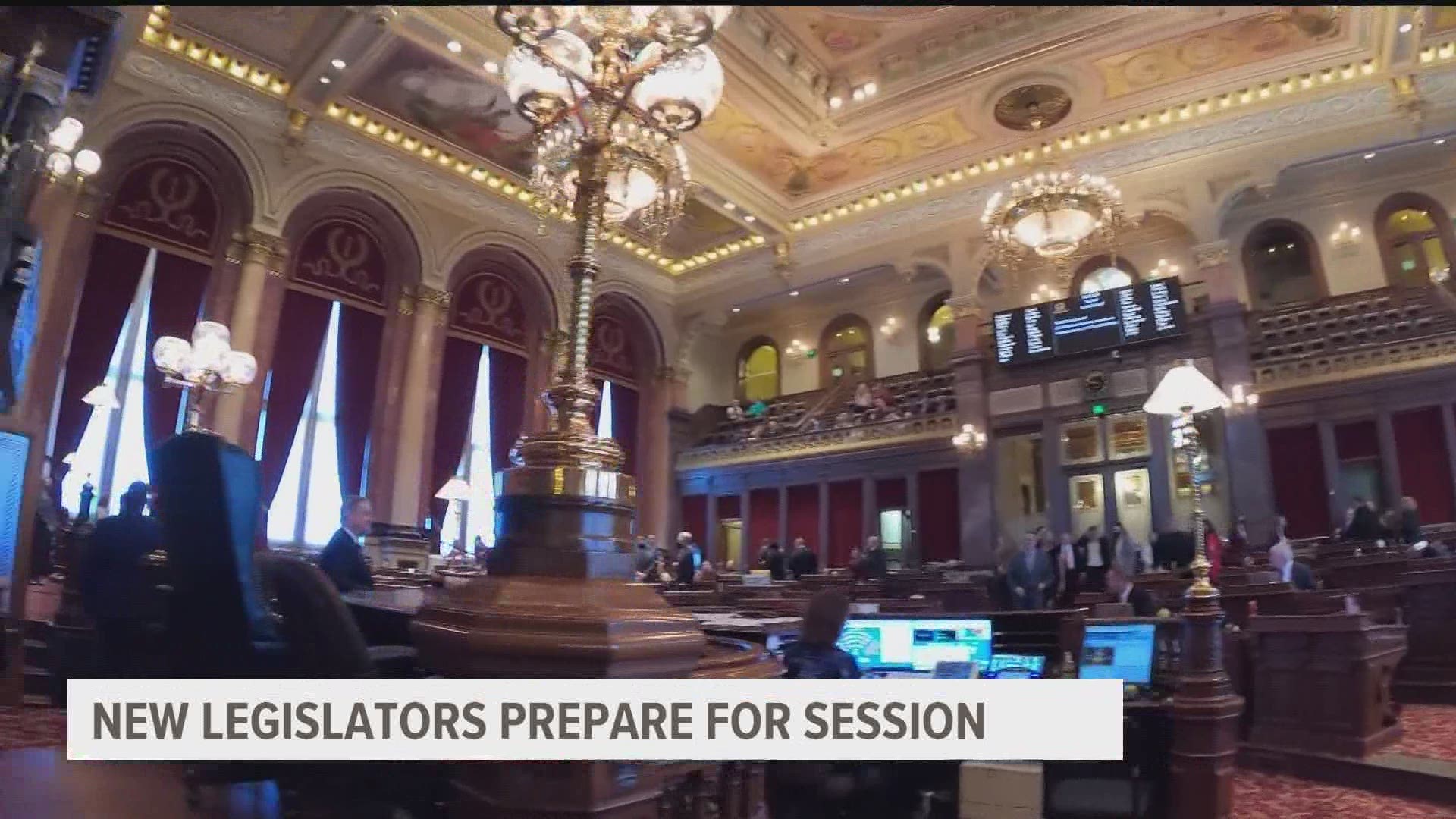 DES MOINES, Iowa — More than two dozen new lawmakers were sworn into the Iowa Legislature, representing Iowans from both sides of the aisle in rural and urban communities.

"When you walk into this building you get this overwhelming feeling," said Rep. Carter Nordman. "You know I tell myself when that feeling goes away then it's my time to step down."

The 22-year-old is the youngest Iowa state representative to be sworn in. He told Local 5 he has some big shoes to fill.

"Everyone, including protestors, has a right to come to the Capitol building and make their voices heard," Nordman explained. "I think everyone has a little bit of nerves, especially, with everything that has gone on. But Iowa, we'll get through it."

RELATED: Group gathers at statehouse in support of wearing masks

State Sen. Sarah Trone Garriott, a Democrat, was elected to serve Senate District 22, which covers parts of urban cities like Waukee and Clive. The freshman said she's conducting business differently due to the COVID-19 pandemic.

Both lawmakers agreed it's time to get to work this session.

"We, truly, are all in this together. And we need to start acting like it. That's a really important part of this session. We need to build those connections," Tron Garriott said.