Twelve of the new KC-46 Pegasus tankers could possibly wing their way to the 914th Air Force Reserve Air Refueling Wing if Niagara Falls wins a base competition. 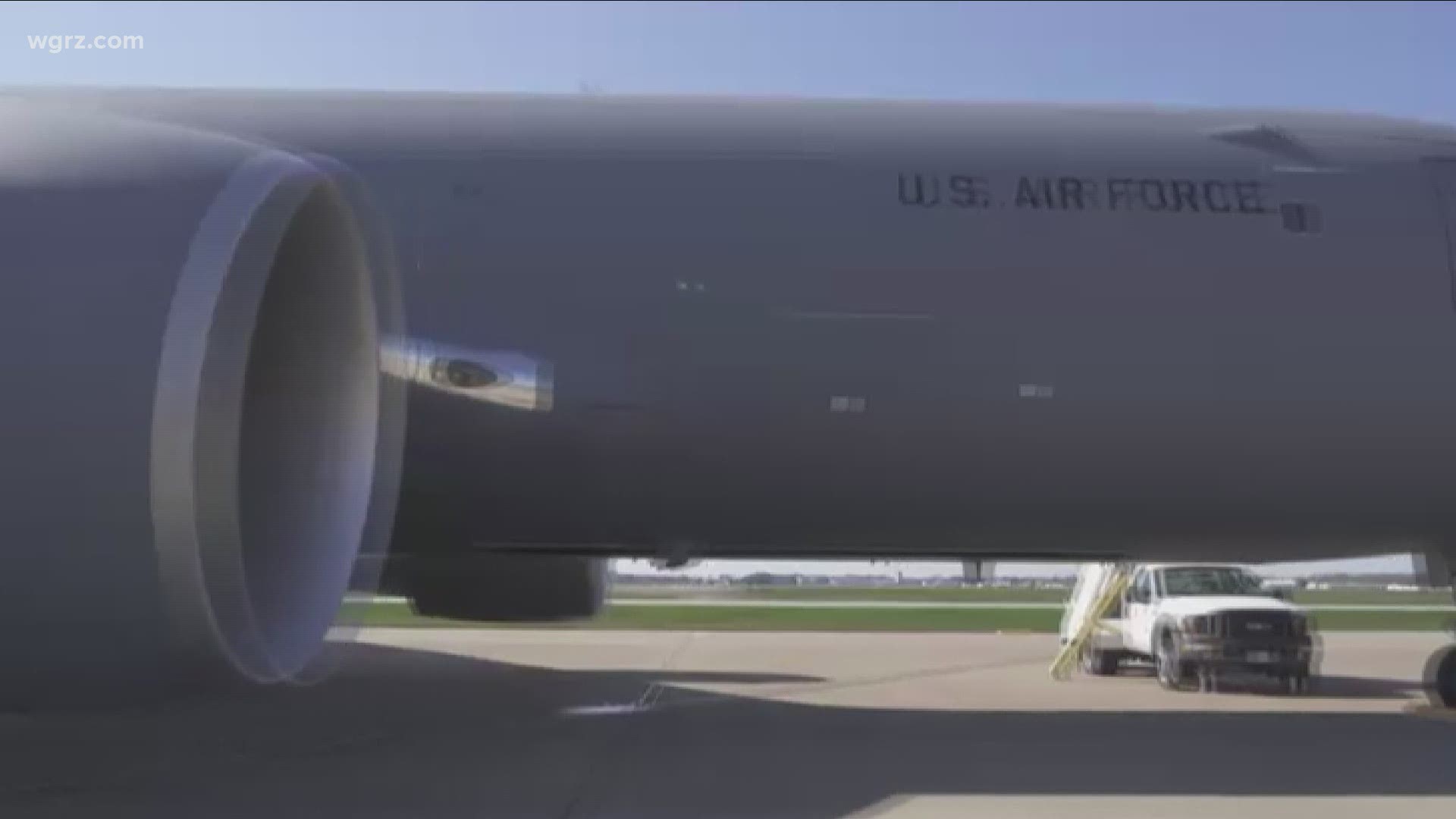 BUFFALO, N.Y. — The air refueling mission at the Niagara Falls Air Base may get a significant upgrade with new planes and new Air Force personnel.

2 On Your Side has learned Pentagon officials will visit this summer to see if the base has the right mix to get this major new investment.

As chairman, John Cooper of the Niagara Military Affairs Council puts it: "The fact that the Air Force would send $3.5 to $4 billion worth of aircraft to our base is a pretty big deal."

Cooper says the airbase advocacy group is thrilled to hear 12 of the new KC-46 Pegasus tankers could possibly wing their way to the 914th Air Force Reserve Air Refueling Wing if Niagara Falls wins a base competition against other bases to replace the existing eight KC-135 tankers that are over 60 years old.

Cooper added, "If we're able to win this process and be able to bring the KC-46 here, I think it would put our base in a great standing for years to come."

Cooper points out the base is still Niagara County's largest employer with a jet engine economic boost of $300 million for the regional economy, and there would be a bonus in this move with 175 Air Force active duty crew and support staff expected to come on board at NFARS and that means extra investment.

"That would probably go up maybe $20 million with that active duty component, so it would bring people to live here. Obviously you'd have spouses and family," Cooper said.

Cooper stresses the visiting site selection Defense Department decision makers will look at the existing installation and the overall community. He says there have been numerous upgrades, including a fuel hydrant fueling system that allows jet fuel to be pumped through pipes instead of trucks fueling the planes. There have also been added base amenities, such as a new gym.

One factor that may come into play is the length of the runway at the airbase. At just over 9,800 hundred feet, a source told us it's somewhat difficult to get a fully loaded tanker up in the air.

There are preliminary plans to lengthen that runway to 11,000 feet at a projected $60 million cost to the Air Force. The NFTA, which operates its own mostly charter-based airport in cooperation with the base, is in agreement.

Sources says another plus for Niagara Falls Air Reserve Station is it has less congested air-traffic in the area for available air space and take-off options for the aerial refueling planes. And there is only a somewhat limited residential area nearby that would allow for jet aircraft operations at all hours, day or night.

Regarding some new active duty base personnel, the region will be assessed as well. Cooper says, "They look at things like child care, health care, housing, because this is going be an active duty squadron that will come here in addition to what we have now. They will have to be housed somewhere with affordable housing."

Otherwise the other unit at the air base, the 107th National Guard Attack Wing, is busy 24/7 flying the MQ-9 reaper drone missions anywhere around the world.

Cooper says overall, "There has been $250 million invested into that airbase, and $200 million of it was for the 107th operations, so you can imagine what is involved in flying a remotely piloted aircraft at that cost."

A decision on basing the new planes is expected this fall.

U.S. Senator Kirsten Gillibrand of New York, who sits on the Senate's Armed Services Committee and chairs its Personnel Subcommittee, told 2 On Your Side, "I will do everything within my power as a member of the Senate Armed Services Committee to ensure that NFARS is a recipient for these aircraft. These aircraft would be great news for Western New York, bringing jobs and enhanced refueling capabilities over active-duty KC-135s. NFARS serves as an invaluable asset to our military and national defense."

And U.S. Senator Chuck Schumer, who is the Senate Majority Leader, said back in January that he would push for a taxiway extension at the airbase. His office says the infrastructure upgrades called for by Schumer would help to increase NFARS’s aircraft capacity so that the facility would have the flexibility to accept up to 16 KC-135s, or even these KC-46s, one day.

The long standing base previously had a mission with C-130 cargo planes before those aging planes were switched out for the KC- 135 tankers.

The base was also targeted for shutdown back in 2005 under the BRAC-Base Realignment Closing process but members of the Congressional delegation, advocates, and the general community rallied to convince the Pentagon to take it off the closing list and come up with new missions for the base.