Nine-year-old girl raises over $130,000 for families in need

Kamryn Johnson and her friends brought their friendship bracelet pop up shop to Des Moines to help Minnesota families in need. 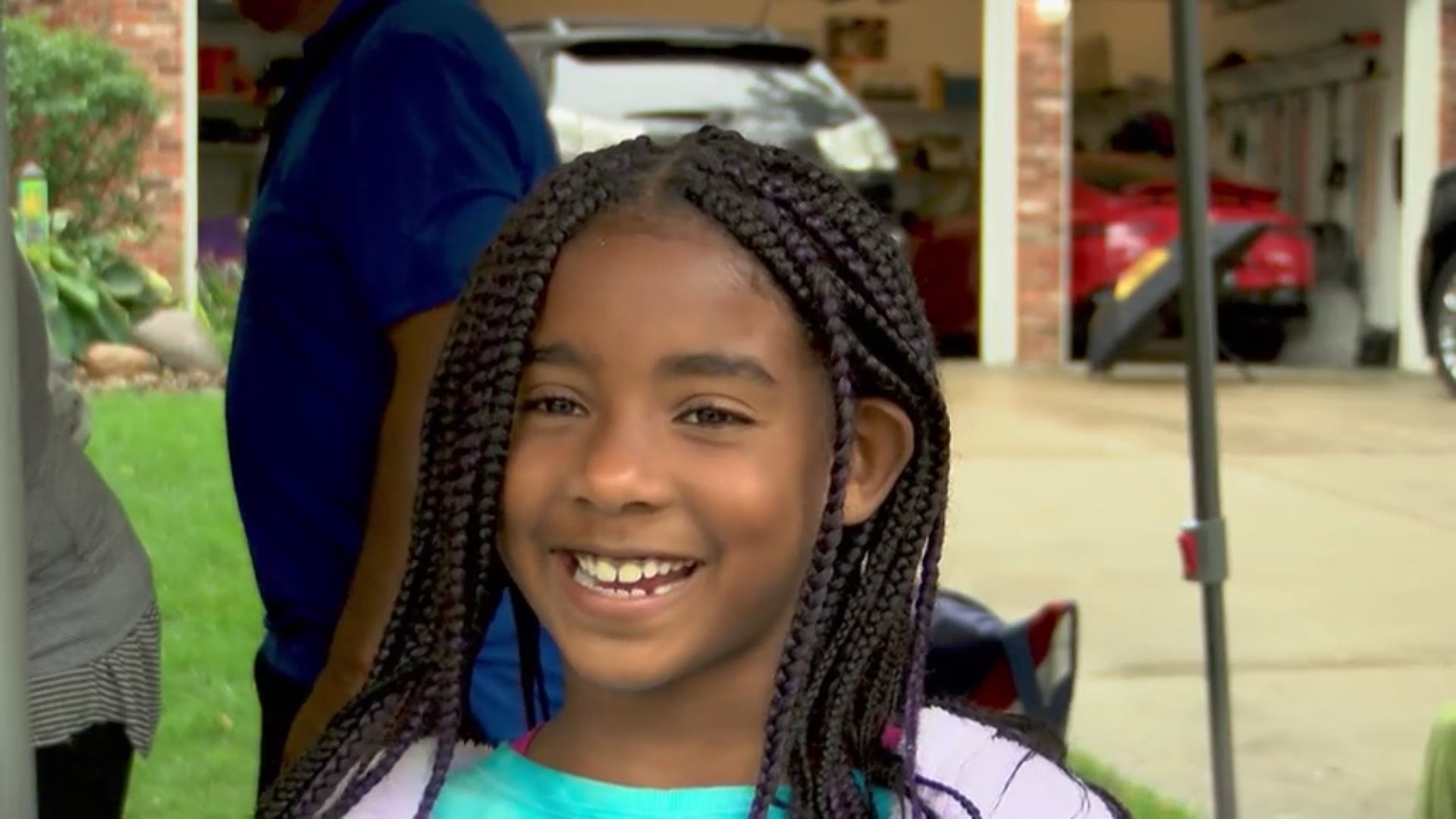 WEST DES MOINES, Iowa — Making friendship bracelets is a hobby that often brings friends together, but 9-year-old Kamryn Johnson and her friends had a larger community in mind.

After the death of George Floyd in Minnesota and the subsequent protests and unrest, Kamryn asked her mother if she could start selling friendship bracelets with her friends. The project took off, leading her family to expand and bring their pop up shop to a rather wet central Iowa.

"I like being out here in the rain," Kamryn said.

The two-day pop-up shop of friendship bracelets has brought in well over $2,000 that will go various charities Minneapolis.

"We've been super encouraged by all the support especially in the rain, that's real support people come out in the rain to buy friendship bracelets," Kamryn's mother Shani Johnson said.

"So we feel like we are a part of the community and like we've been totally welcome here."

Shani said she was impressed by how excited her daughter was at the idea of giving away all the money from her bracelets to the community.

"She's always been a helper, and always wanted to serve others. So I think she just loves being with her friends and helping other people," Shani said.

"I think it's a big deal," Kamryn said. "Raising that much money and helping people. And trying to build up Blacks and Black businesses."

Kamryn's mother was impressed by the community turn-out in Des Moines the past two days.

"It feels really good knowing that there's so many people out there who want to be a part of the solution and who want to help, and so I think we're so encouraged by that just the amount of support that we have gotten," Shani said.

The pop-up shop on July 25 was hosted at Kamryn's grandparents' home, and the shop for July 26 was hosted at Emily Weese's home who is a friend of the family.

"I just think that Kamryn is doing such a great thing for her community and that her parents have guided her in such a wonderful way," Weese said.

"Me being a parent, I hope the way we raise our kids will help us to be more loving, more understanding and have open hearts, the way that they're raising Kamryn."

"I think it's awesome because I love helping people," Kamryn said.

They are continuing their friendship bracelet sales and fundraising in Minnesota. People can continue to donate through the family's Venmo (shani-johnson-1).

RELATED: 'I love you more than hair': Des Moines woman shaves head after raising over $60k for Cystic Fibrosis research