The route for RAGBRAI XLVII has officially been announced! 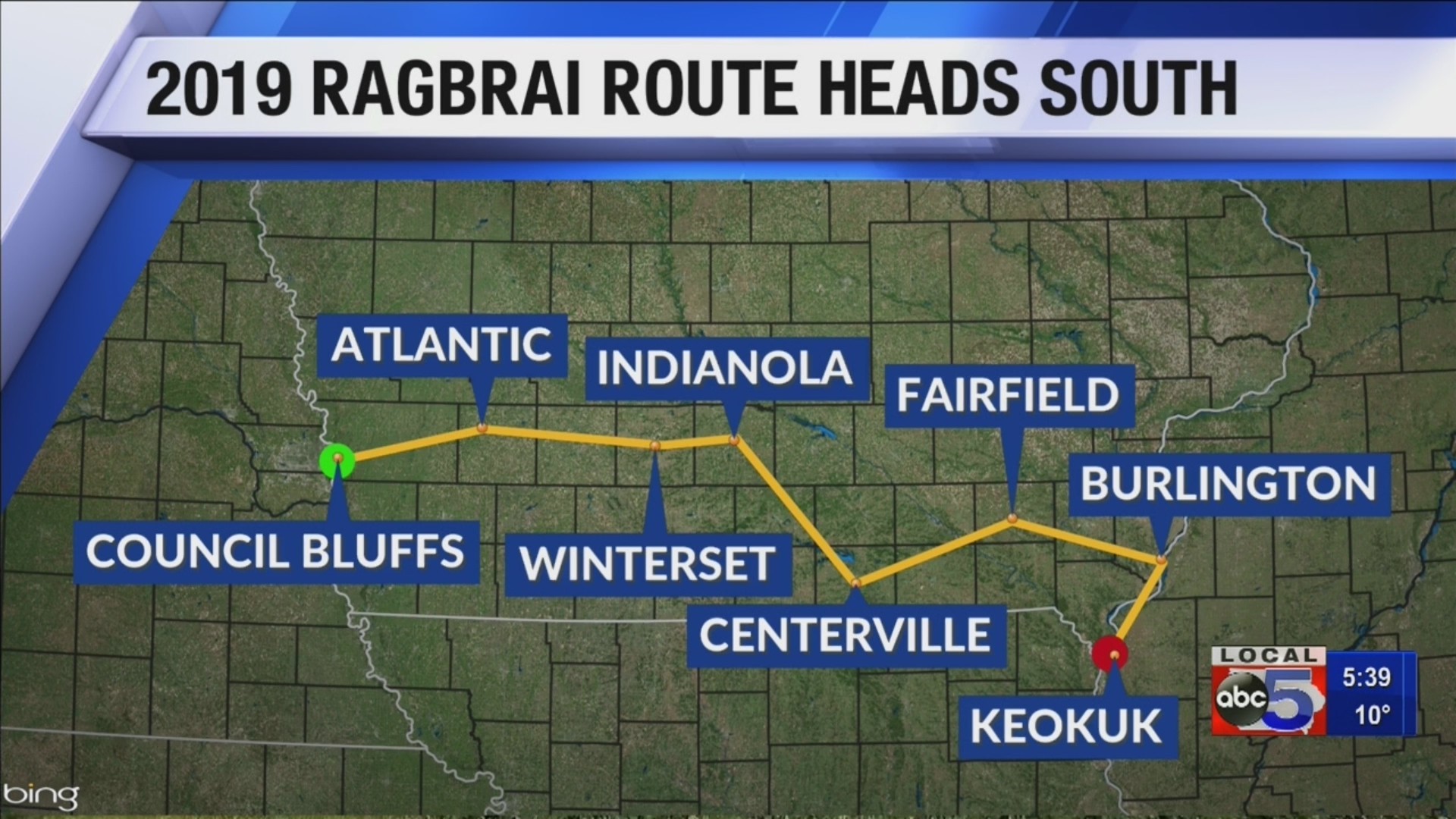 The route for RAGBRAI XLVII has officially been announced!

This year’s route will include the following spots around the state of Iowa. The official route will go in this order:

Day one will begin in Council Bluffs and travel to Atlantic, which is 58 miles. The second day will involve a trip from Atlantic to Winterset, a total of 68 miles. Day three will go from Winterset to Indianola, a total of 39 miles. On day four, bicyclists will travel from Indianola to Centerville, which is 78 miles. On day 5, riders will go from Centerville to Fairfield will be 65 miles. The trip from Centerville to Burlington on day six will be 57 miles. Finally, day seven which is from Burlington to Keokuk will be 62 miles.

The entire RAGBRAI route in 2019 will be 427 miles and has a total of 14,735 feet of climb.  It is the 6th shortest RAGBRAI route and both the 8th flattest route and the 8th easiest route.

In 2018, RAGBRAI traveled through central Iowa and included several stops near Des Moines, including Jefferson, Ames, and Newton.