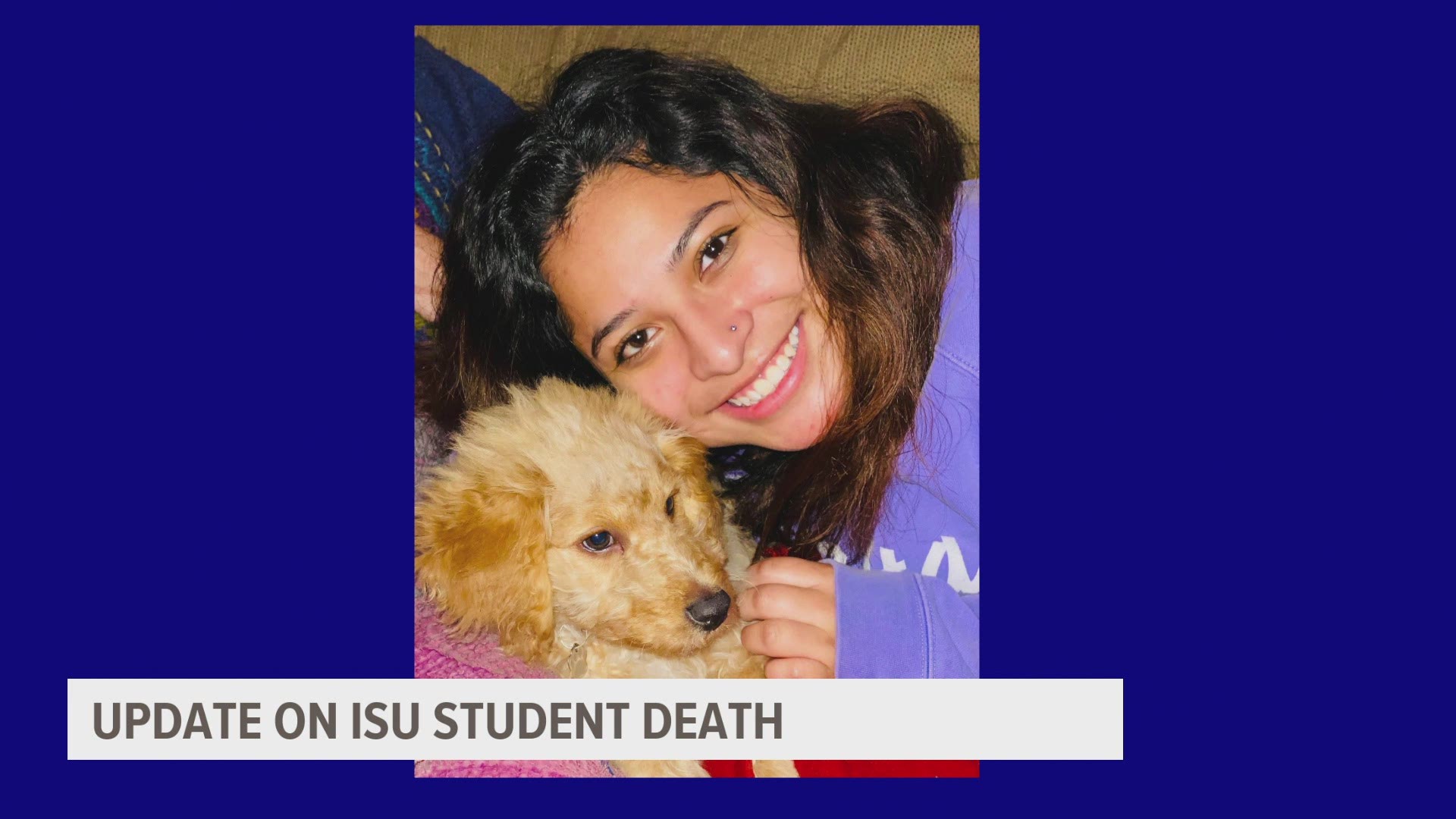 AMES, Iowa — A a female Iowa State University student found in a sorority parking lot in late January died of acute alcohol intoxication and hypothermia, according to the State Medical Examiner's Office.

Chutich was found unconscious in the parking lot of the Delta Delta Delta Sorority house just before 10 a.m. on Friday, Jan. 22. She was a member of the sorority.

When police officers arrived, they found Chutich dead on the ground. They processed the scene and interviewed several people. According to police, there was no evidence of foul play.

Around the time Olivia Chutich was found, the National Weather Service recorded a temperature of 11°. Overnight, the NWS recorded temps as low as 8°.

“It is with great sadness that we confirm that Olivia Chutich, our beloved daughter, died in Ames, Iowa," her family said in a statement. "Olivia was the light of our lives. We ask for privacy as we grieve this unimaginable loss. Thank you.”

Chutich was a former Miss Teen USA contestant, played high school basketball and was active in theater and musical productions at Breck School in Minneapolis.

She graduated from high school in 2017.

You can also contact Crime Stoppers of Central Iowa at 515-223-1400. Online anonymous tips may be submitted to www.crimestoppersofcentraliowa.com.

This is a breaking news story and will be updated as more information becomes available. Download the We Are Iowa app or subscribe to Local 5's "5 Things to Know" email newsletter for the latest news.