Local 5 spoke to a neighbor who said the fire that broke out at the Windsor Park Townhomes early Friday morning was "massive." 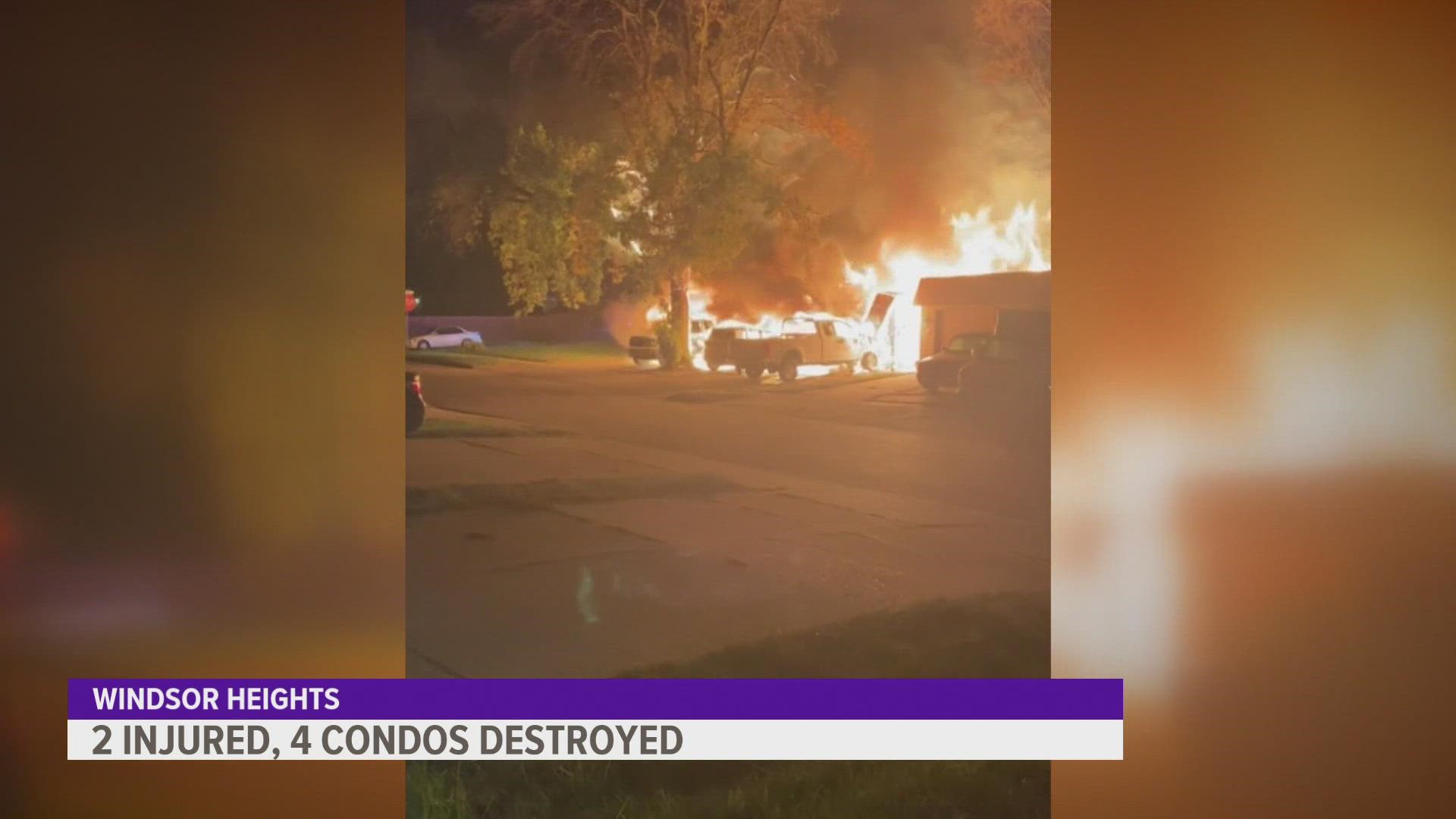 A 57-year-old man and a 29-year-old man were transferred to the University of Iowa burn unit for their injuries, but both are expected to recover. The building is completely burned.

The cause of the fire has not yet been identified.

“There is absolutely no doubt the quick actions of the Windsor Heights Police and Fire teams are the reason we were able to get all occupants out of the building and not encounter any fatalities, Fire Chief Chad McCluskey said in a release. "These teams did truly amazing work this morning!”

The Red Cross is providing resources for those displaced by the fire, including one of the condo residents Local 5 spoke to.

A neighbor told Local 5 she called 911 because she heard loud pops and thought it was a shooting. When she went outside, she realized it was a "massive fire."

The Iowa State Fire Marshal's Office also assisted with the investigation due to the injuries and extensive damage.

An agent from the Federal Bureau of Alcohol, Tobacco, and Firearms also assisted with the investigation, which Windsor Heights officials said is common.

Officials say there is no threat to other homes in the area.

RELATED: Man accused of breaking into Kellogg home, setting it on fire after he couldn't find drugs

WATCH | Man accused of breaking into Kellogg home, setting it on fire after he couldn't find drugs