Iowa State Patrol identified the person who died at the Fourth of July parade as 59-year-old Mary Nienow. Three others were injured including a six-year-old child. 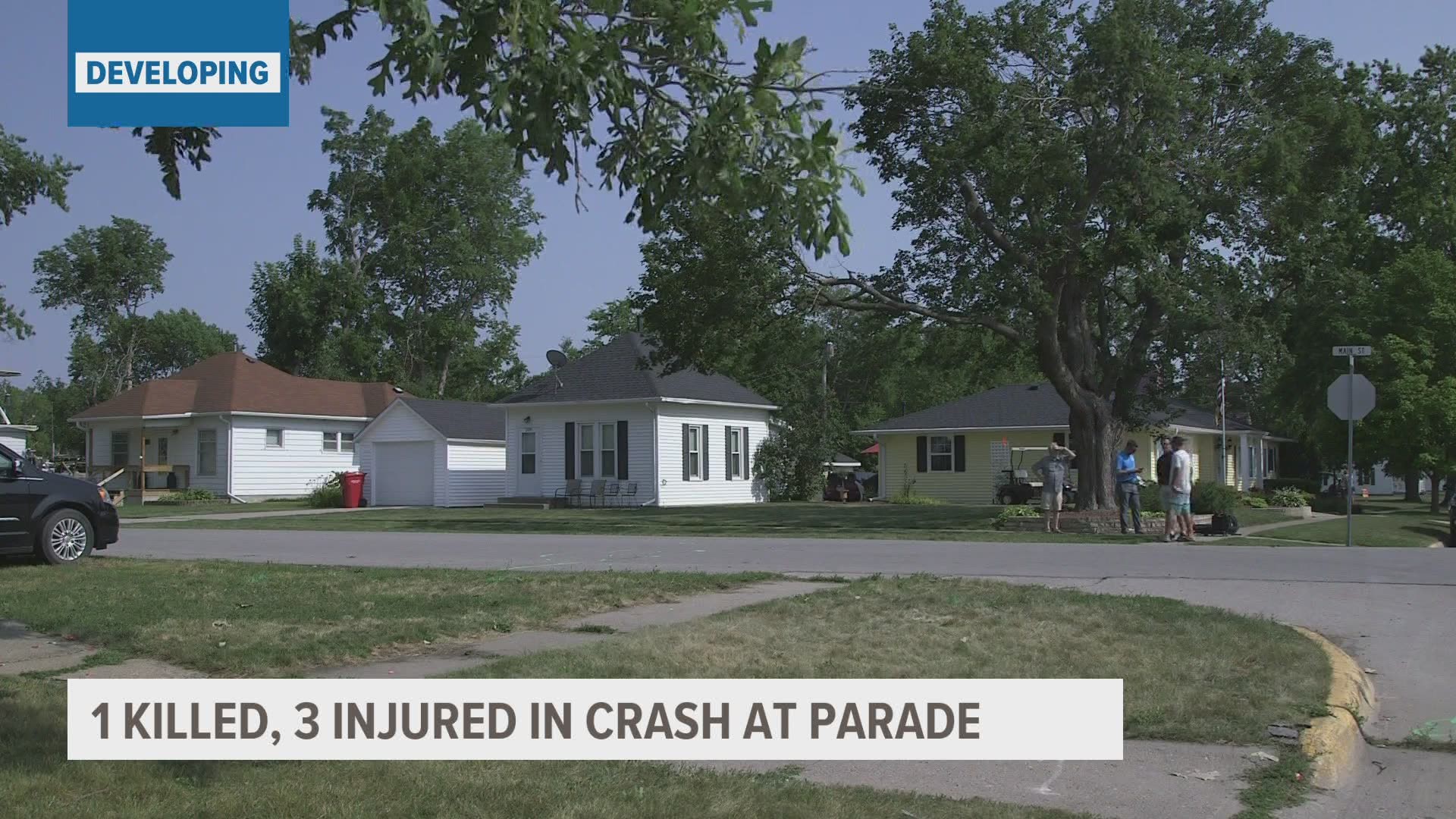 SLATER, Iowa — One person was killed after a vehicle struck pedestrians after the Slater Fourth of July parade Saturday morning to the according to the Iowa State Patrol (ISP).

Three others were injured including two adults and one child. The six-year-old child was airlifted to Mercy One Hospital. The adults, Rikkie Powell and Linda Nordstrom, were also injured and taken to hospitals. All three are Huxley residents. We do not know their conditions at this time.

According to ISP, the car was parked and then hit the pedestrians while backing out. The incident occurred at the intersection of Main Street and Tama Street at 11 a.m.

Authorities are still investigating the incident. Local 5 will update this story as more information becomes available.