One year later: Marshalltown continues to rebuild after EF-3 tornado

MARSHALLTOWN — July, 19 marks one year since three devastating tornadoes slammed central Iowa. Marshalltown was hit with an EF-3 and the community is still work... 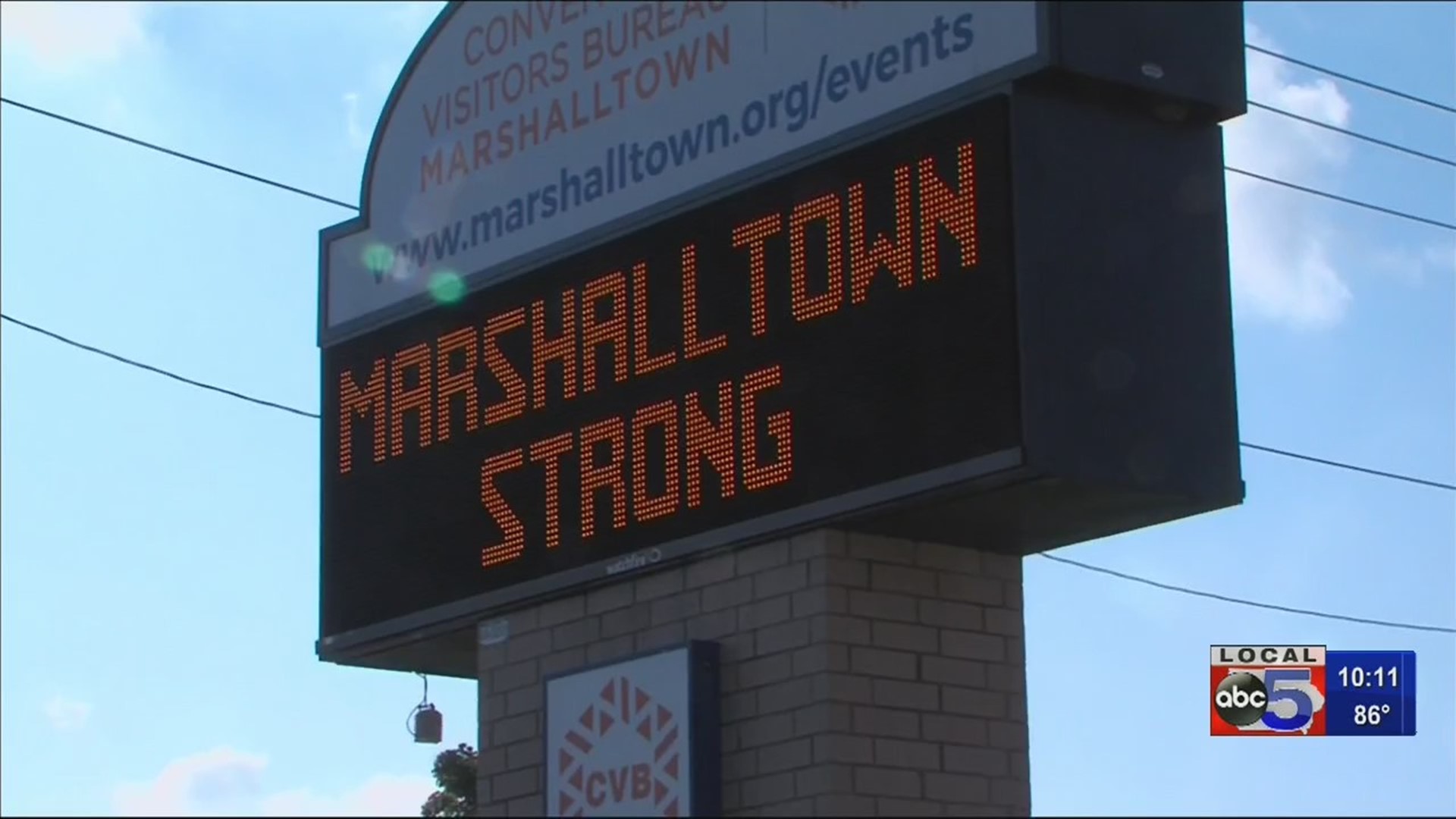 MARSHALLTOWN — July, 19 marks one year since three devastating tornadoes slammed central Iowa. Marshalltown was hit with an EF-3 and the community is still working to clean-up.

There is still so much to be seen from that storm here in the city, including buildings and homes that were damaged or destroyed. Some that are now vacant. But there is one thing easily noticeable here in Marshalltown. Even a year later, the community is resilient and so much has already been rebuilt.

A year has passed since one of Marshalltown Iowa’s darkest days.

“We’re standing out front and watched it come out of the northwest. Watched a funnel cloud come this way and I grabbed three people and took them down to the basement,” says Tom Bracy.

Although the storm happened in just a matter of minutes, it left a permanent mark on all of Marshalltown.

At times, the people of Marshalltown felt helpless. But they never wavered, and help came to the rescue right away. Some of the help came from those who had experienced a similar tragedy before.

Around Marshalltown today, there are still boarded up windows, damaged houses, and piles of debris lining city streets. But what has been done is incredible. Recovery efforts have come a long way in the last year.

It would have been easy to throw in the towel and move somewhere else for those affected. But the people of Marshalltown are committed to fixing everything up and bringing life back into the community.

The city plans to hold a one-year anniversary event Friday afternoon in the Marshalltown Historic District. That will be followed by a banquet at Marshalltown Community College. Iowa Governor Kim Reynolds is expected to be there.