The fire department says the fire started around 6:15 p.m. Tuesday. 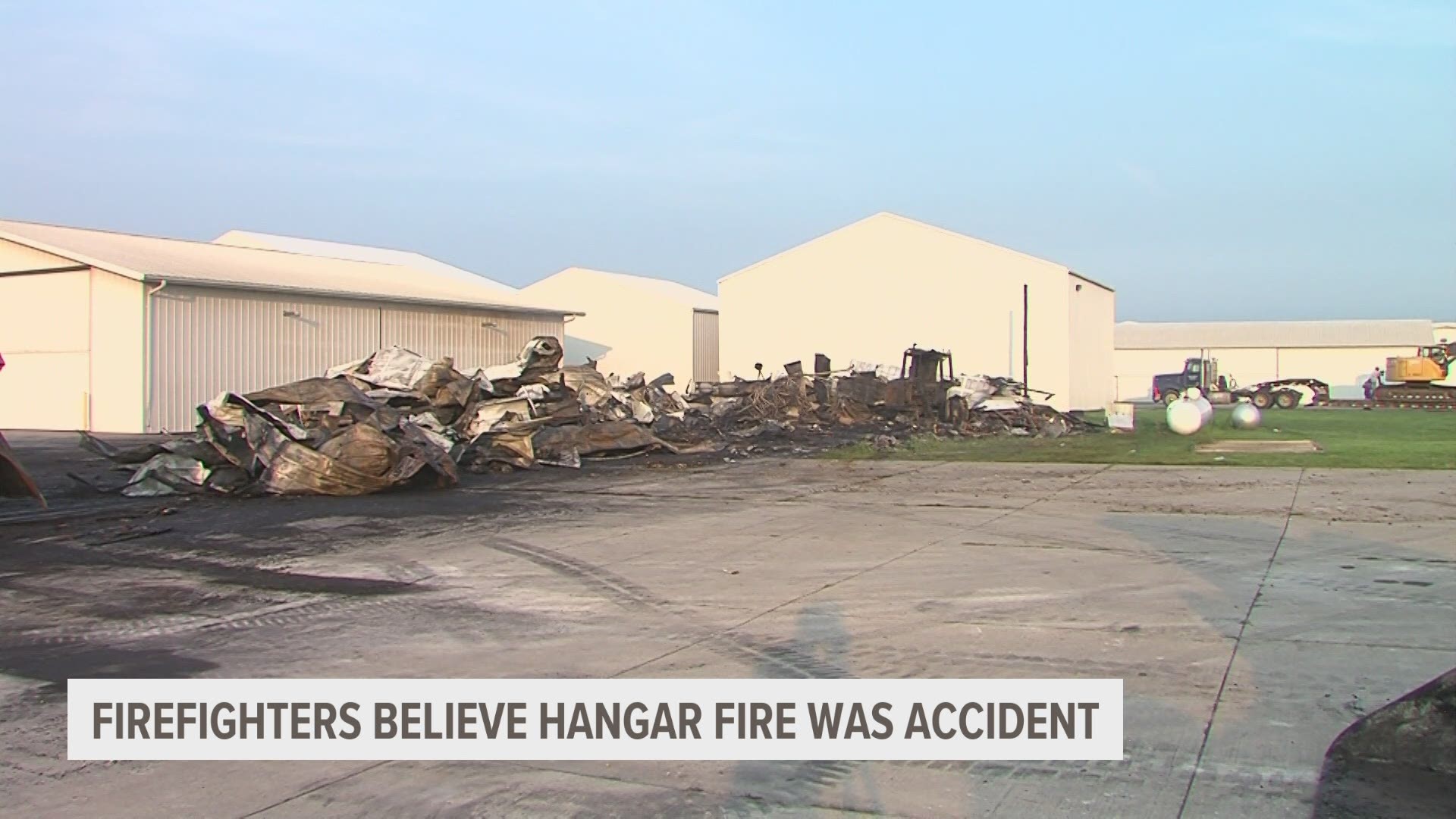 OSCEOLA, Iowa — A fire at the Osceola Airport Tuesday night completely destroyed one of the airport's hangars and damaged multiple planes, according to the Osceola Fire Department.

Officials with the fire department said the fire started around 6:15 p.m. No injuries were reported.

The cause of the fire is not yet known, but officials believe it was accidental.

Firefighters and other emergency responders from across the area responded to the incident, but the Osceola Fire Department did not give specifics on what cities they came from.

Local 5 has reached out to the Clarke County Sheriff's Office and other first responders in the area to find out more information.

RELATED: Fireworks vendor says rights were violated after being told to take down 'Karen' sign