Oskaloosa Police Officer Ian Barnhart was found dead on Thursday, in what the Mahaska County Sheriff's Office is ruling a suicide. 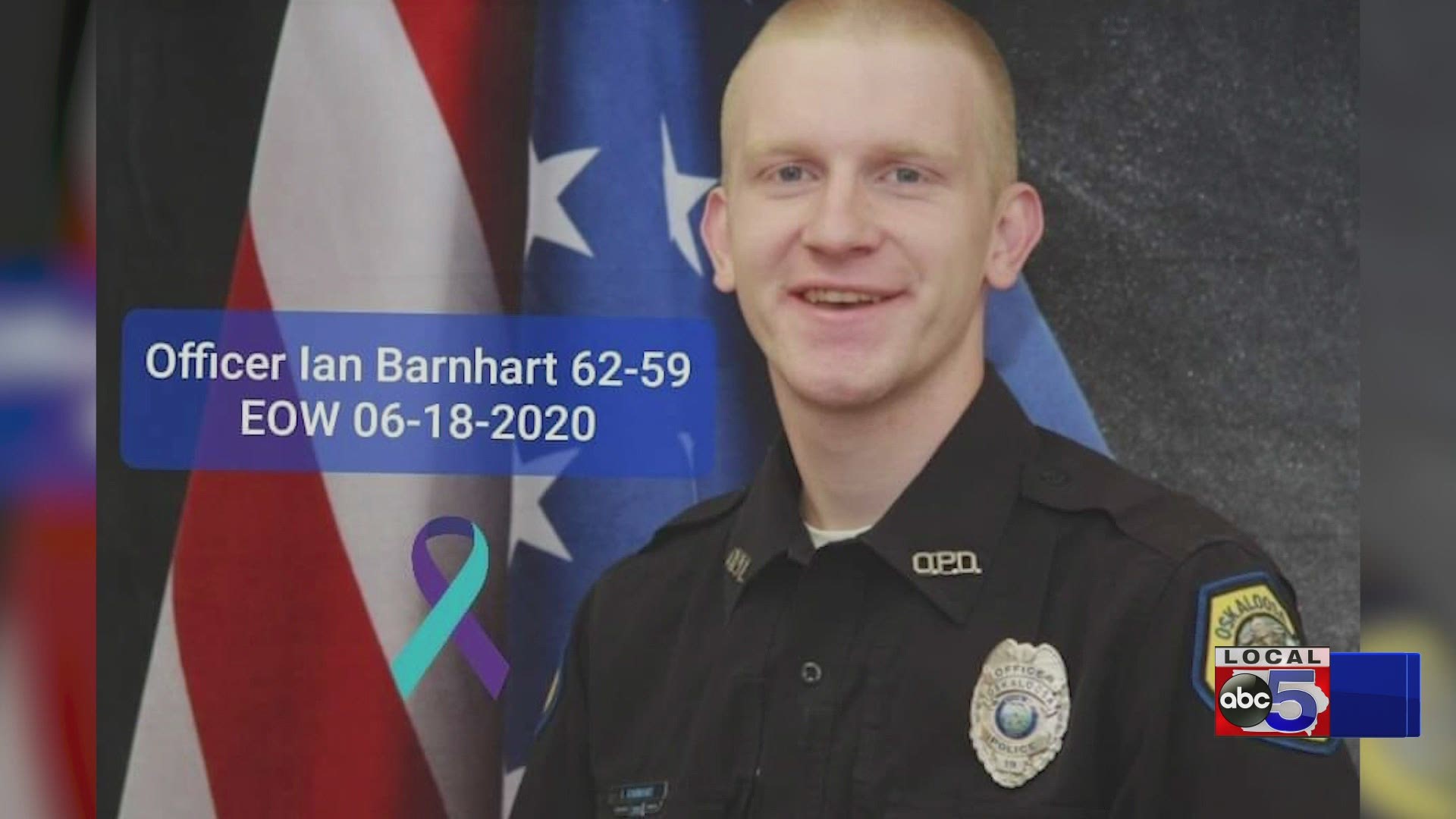 OSKALOOSA, Iowa — The Oskaloosa community has been shaken to its core after the loss of one of their own in 23-year-old police officer Ian Barnhart.

Barnhart was found dead on Thursday, with the Mahaska County Sheriff's Office ruling it a suicide.  His loss left a massive void to those close to him, leaving them with more questions than answers.

Dewayne Walter, Ian's uncle, says he always saw his nephew as a happy-go-lucky kid when he was growing up.  He says Ian was a multi-sport athlete in high school, and was always surrounded by friends.

"In school he was kind of the class clown," Walter said.  "Every week they would go to someone's house for dinner on their open campus.  They always loved to come to Ian's house because he would make them tacos, and his tacos were the best.  That's the kind of kid he was."

Walter also says Ian had always wanted to be a police officer.  He was studying criminal justice at Kirkwood Community College when he got the call to join the Oskaloosa PD, and was sworn in in 2018.

He says the loss of his nephew has his his family hard, with Ian's parents struggling to find signs, let alone answers.

"I know my brother's racking his brain," Walter said.  "He's been on the internet, which he needs to stay off of, looking up signs.  And there's a lot of questions that they're never going to get answers to, and probably the hardest thing right now for them is not being able to have that closure."

Ian's family hopes this will help raise awareness for those struggling.

If you or someone you know is struggling with suicidal thoughts or tendencies, call the suicide prevention hotline at 1-800-273-8255.