Pharmacies will play a critical role in getting the vaccines to some of Iowa's most vulnerable residents. 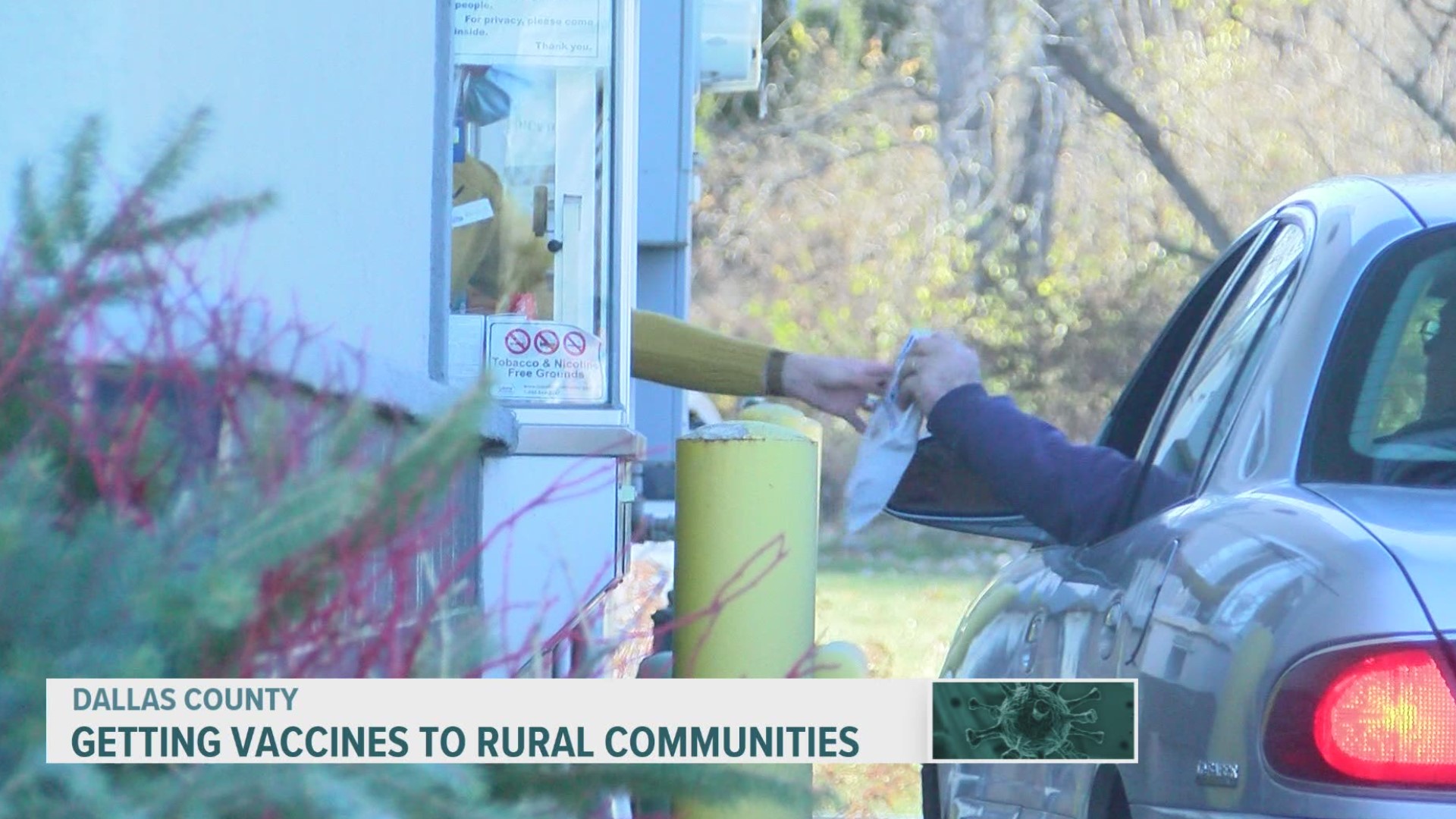 DALLAS COUNTY, Iowa — Pharmacies across the state have spent the past several months preparing to administer a possible COVID-19 vaccine.

In Iowa and other parts of the country, those pharmacies could play a critical role in getting that vaccine to vulnerable residents in rural communities.

Don Boston, a Van Meter resident, has been virtually homebound during the pandemic. He hopes a nearby pharmacy will be able to bring the vaccine to him.

"There’s lots of elderly people around here who would benefit greatly from having somebody coming out," Boston said.

While residents in the countryside may not live near their doctor's office or a hospital, they likely live near a pharmacy.  According the United States Department of Health and Human Services, most Americans live within just a few miles of a pharmacy.

Sumpter Pharmacy is on the list to receive the vaccine, although, Herron not expecting it to get to her until the second phase of distribution. She believes pharmacies like hers will make it easier for people to get the vaccine.

And convenience, she said, means people are more likely to be get immunizations.