Police are searching for 33-year-old Richard Fleck, who also goes by "Rashaud Sims". A first-degree murder warrant has been issued for his arrest. 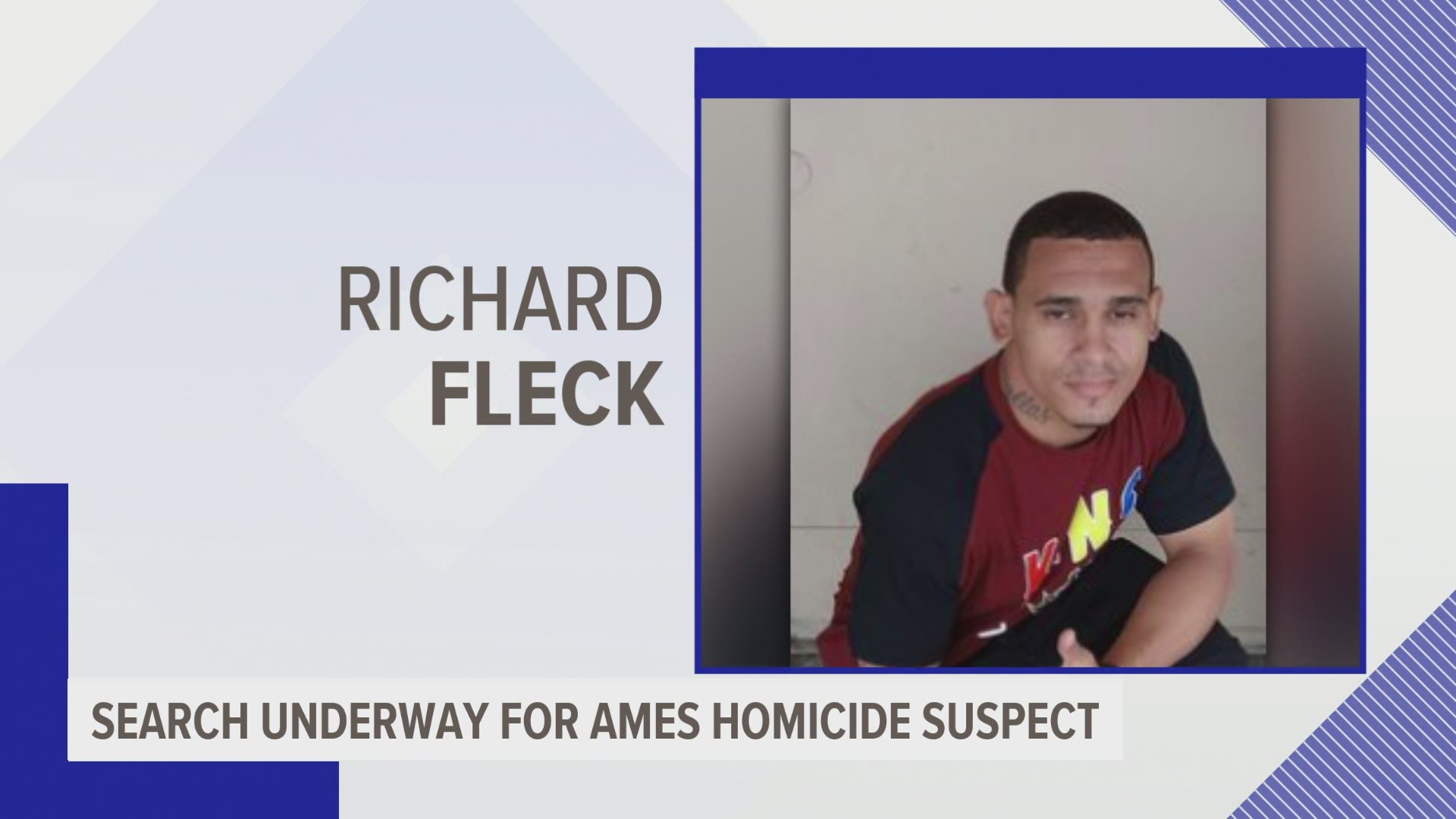 AMES, Iowa — A suspect has been charged with murder in the weekend death of a woman in Ames.

Officers found a woman, 37-year-old Ranea Bell of Ames, dead inside an apartment on Saturday night.

They were conducting a welfare check a little after 7 p.m. at an apartment at 407 South 5th St in Ames. When officers got inside the apartment, they found Bell's body.

Investigators processed the scene overnight and canvassed the area for information.

Police are searching for 33-year-old Richard Fleck, who also goes by "Rashaud Sims." A first-degree murder warrant has been issued for his arrest.

"He was believed to be in the Kansas City, Missouri area but also has ties to communities in Texas and Mississippi, the Ames Police Department said in a release.

"If you see Fleck, contact local law enforcement, or call 911."

Ames Police and the Iowa Division of Criminal Investigation are involved in the case.

Anyone with information regarding this incident is asked to call the Ames Police Department at 239-5133 or the anonymous tip line 239-5533. You may also contact Crime Stoppers of Central Iowa at 515-223-1400. Online anonymous tips may be submitted to www.crimestoppersofcentraliowa.com.

RELATED: Mother and son from Iowa arrested, charged in US Capitol riot