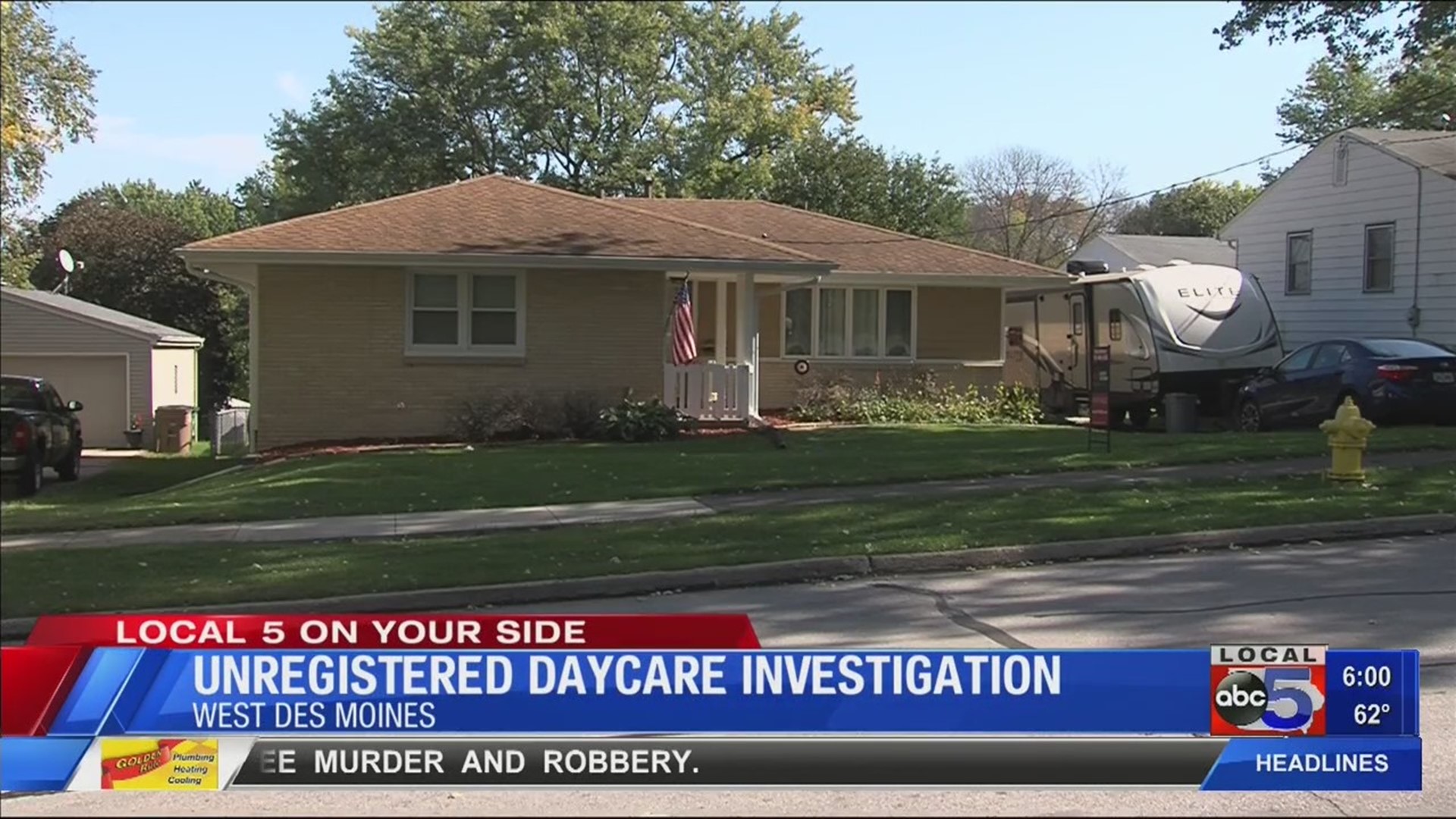 WEST DES MOINES — Authorities are investigating an unregistered West Des Moines day care after they found drugs and firearms in the home.

The West Des Moines Police Department confirmed to Local 5 they opened an investigation in June into Tender Moments Childcare, which was run by Robert and Paula Mackey, after an anonymous tip was submitted to the DHS Daycare Compliance Division.

On May 28, a parent with a child in the Mackeys’ care called DHS to report the kids weren’t being properly supervised.

According to the search warrant obtained by Local 5, the reporter told DHS Robert and Paula were “in another room nearby” or watching TV “instead of supervising” the kids.

“Reporter is concerned about supervision as [Robert and Paula Mackey] will be on their phones or in a separate room from the children. There is a room with a gate that the children play in and Robert and Paul will be in another room nearby. They also watch TV instead of supervising. The other day the kids were playing in the backyard and Robert and Paula were in the front year. The kids will have little bumps and bruises that they cannot explain because they are not watching the kids closely enough. Reporter thought the daycare was a registered home, but cannot locate them as being registered.”

Anonymous tip provided to the Iowa Department of Human Services Daycare Compliance Division on May 28, 2019

On June 6, a DHS social worker made an unannounced visit to the home but “found no one to be available”.

On June 7, two social workers went to the home and spoke with both Robert and Paula Mackey.

Paula Mackey told the social workers they care for 18 or 19 kids, but Iowa law only allows unregistered day cares to care for up to five kids at a time.

According to a search warrant, Robert Mackey told the social workers he “had never heard of any law that required a provider with more than five children in care to be registered”.

DHS issued the Mackeys a notice to immediately shut down since they weren’t following the law.

But on the morning of June 12, a social worker saw 13 kids get dropped off, well above the five-child limit.

That’s when police got involved.

West Des Moines police executed a search warrant on June 12, with one detective noting “there were firearms within reach” of one child and “a strong odor consistent to that of marijuana” in the master bedroom.

A list of property seized—drugs, drug paraphernalia and weapons, along with various documents—are detailed in a June 13 West Des Moines Police Department evidence list submitted to the court.

“In the living room area there was a firearm in a desk drawer, and medications on top of the desk, also within reach of the children,” a search warrant read. “Many firearms have been seen in the residence that would be accessible to the children.”

During the search, police found 22 firearms, including handguns and an AR-15, 3.4 grams of marijuana and drug paraphernalia.

No criminal charges have been filed against Robert or Paula Mackey.

May 28, 2019: Iowa Department of Human Services got an anonymous tip about unsupervised kids at unregistered West Des Moines day care

June 6, 2019: DHS attempted to visit to the Mackey’s day care “and found no one to be available”.

June 7, 2019: DHS social workers made contact with the Mackeys and told them about the complaint they received.

The Mackeys told DHS three adults care for 18 or 19 kids at their day care.

DHS told the Mackeys it was illegal to care for more than five children if they aren’t registered with with the state. They gave them notice to either decrease to five or less children or cease operations.

Robert told the social worker he understood and “would address the concern.”

Later that day, police got a search warrant for the day care and found 17 kids in their care.

One child was found strapped into a swing “without any supervision and the door closed”. Another was found in a crib where firearms were within the child’s reach.

There were also medications on the desk in the living room within reach of the children and a firearm in the desk drawer.

According to the search warrant, many firearms have been seen in the residence that would be accessible to the children.

A complete list of property seized was listed in a West Des Moines Police Department evidence list submitted to the court.