Des Moines Police Department detectives found the home was intentionally targeted, but a 17-year-old girl and 2-year-old were not the intended targets. 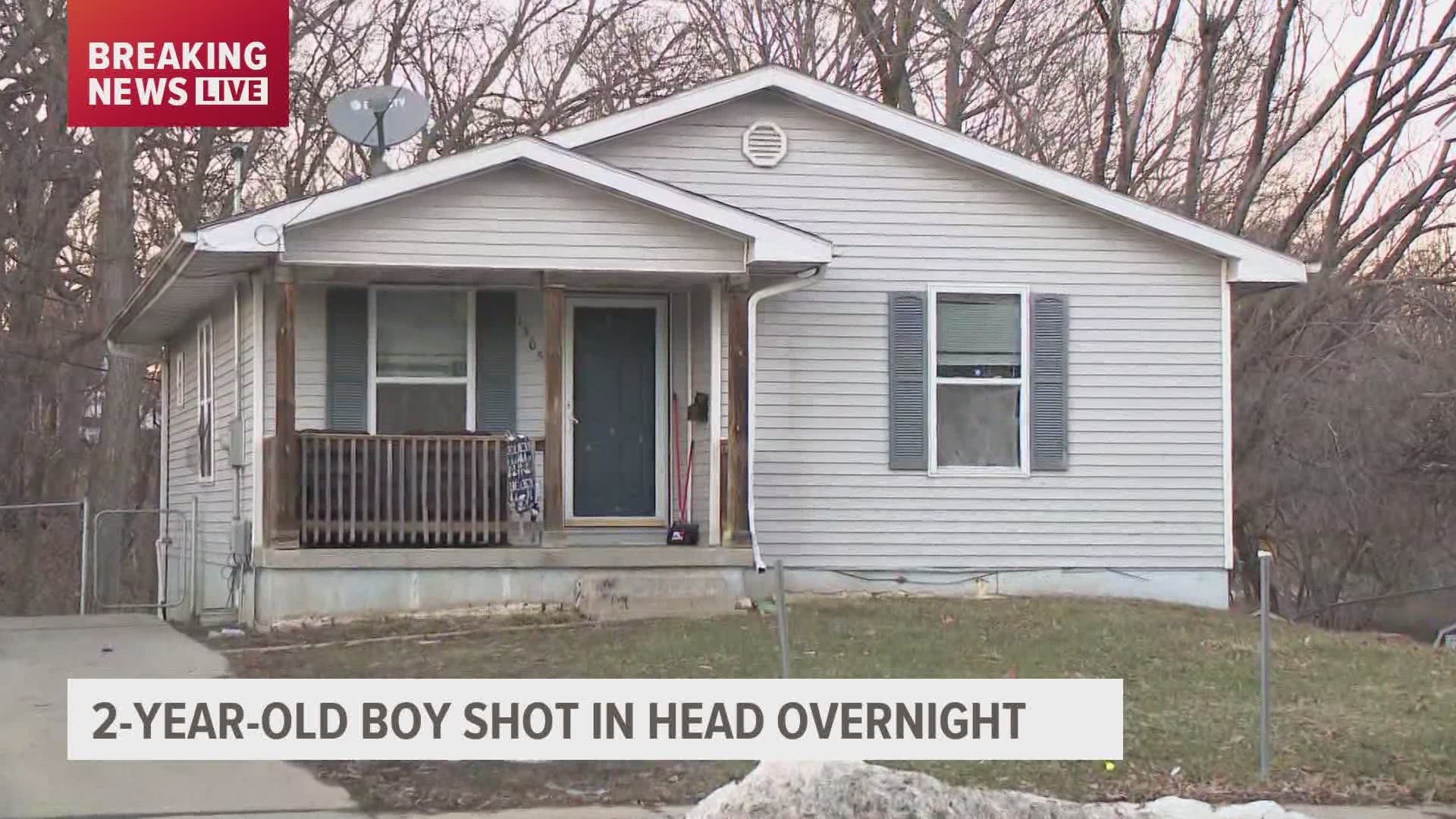 DES MOINES, Iowa — A two-year-old boy is still in critical condition Tuesday after being shot in the head in an apparent drive-by shooting, according to Des Moines police.

The incident occurred around 11:00 p.m. Monday night near 13th Street and Jefferson Avenue. Des Moines police said they responded to reports of gunfire and an additional call of a child shot.

"Our first officers that got there found the child to be pretty critically injured with a gunshot wound to the head," said Sgt. Paul Parizek with the Des Moines Police Department.

Officers say more than a dozen shots were fired into the home, striking the boy who was seated inside.

The child was transported to Blank Children's Hospital and remains hospitalized in critical condition as of Tuesday afternoon.

"Our medics did an awesome job— got him straight up to Blank and he's up there right now still fighting for his life," Parizek said.

Local 5 confirmed the child is a boy Tuesday afternoon after speaking with his aunt.

Shortly after 12:30 a.m. Tuesday, Iowa State Patrol troopers found a crashed vehicle on I-80 near mile marker 115 in Dallas County.

Trooper observations at the scene indicated a potential connection to the shooting incident, and Des Moines Police Department officers responded to that location.

Five individuals are in custody and charged with the following:

RELATED: Understanding Iowa's laws on the mistreatment of animals