The courthouse was vandalized over the summer when racial justice demonstrations turned violent. 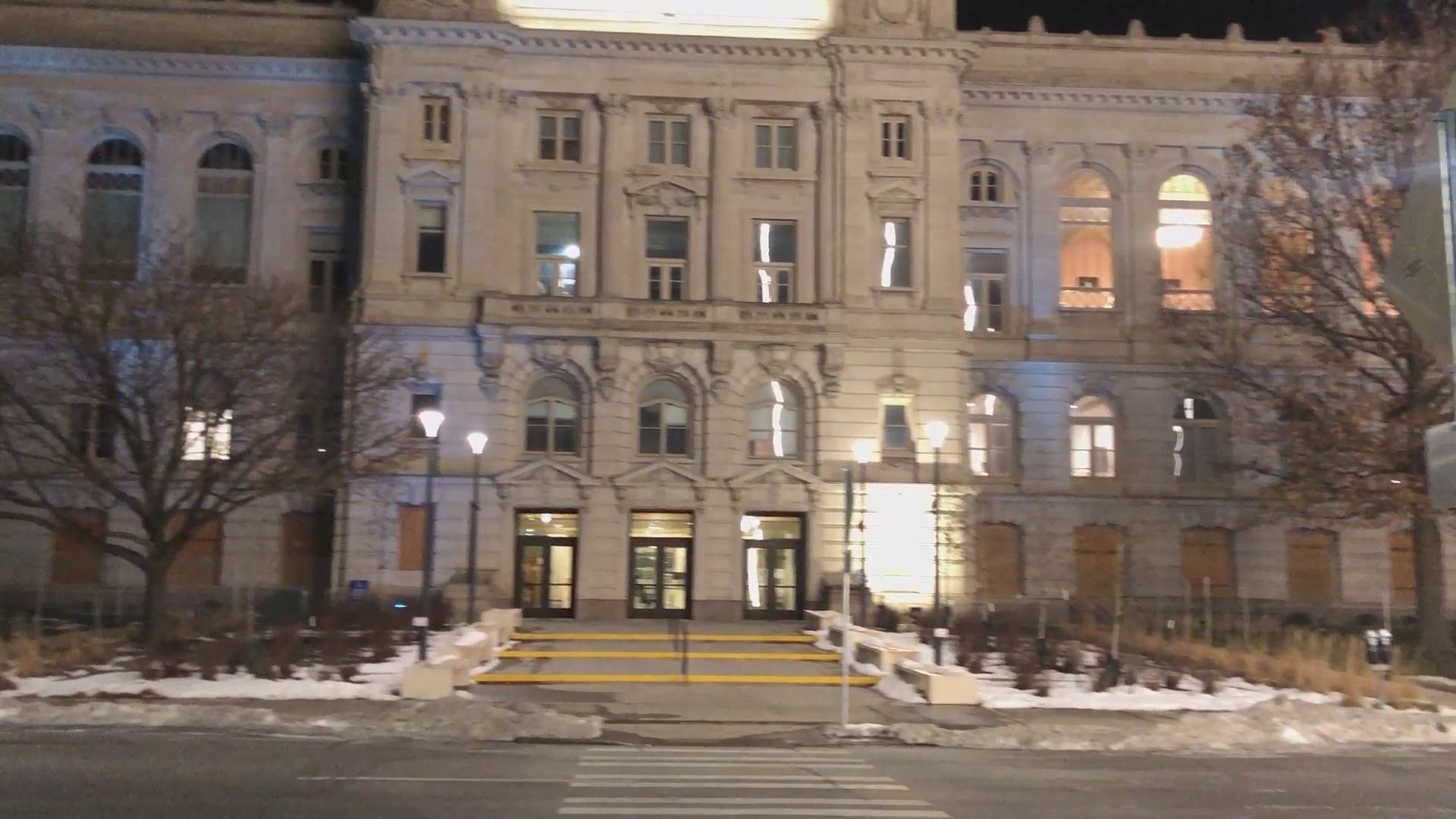 DES MOINES, Iowa — Across the country, scenes of courthouses and capitol buildings boarded up in anticipation of potentially dangerous demonstrations ahead of and on Inauguration Day are showing up. And now in central Iowa, officials are taking similar precautions.

The Polk County Courthouse in downtown Des Moines was boarded up this week "in an abundance of caution in order to protect Polk County property," a county spokesperson said.

The spokesperson added that similar protective actions are not currently planned for any other county properties.

Earlier this week, law enforcement stepped up security in capitol cities across the nation, including Madison, Wisconsin, Austin, Texas, and Richmond, Virginia.

The Iowa State Capitol building remains open as lawmakers started the 2021 legislative session this week. There are two entrances for the public, both of which require visitors to go through a metal detector.

Iowa State Patrol officers have increased security on the statehouse grounds and told Local 5 they are monitoring the situation and will make adjustments when necessary.

250 members of the Iowa National Guard will be deployed this week to assist in securing the nation's capital through Inauguration Day on Wednesday, Jan. 20.

The FBI has warned of credible threats of violence at all 50 state capitols.