Gun dealers said pandemic concerns, social unrest and election uncertainty is behind the surge in gun and ammunition purchases in Iowa. 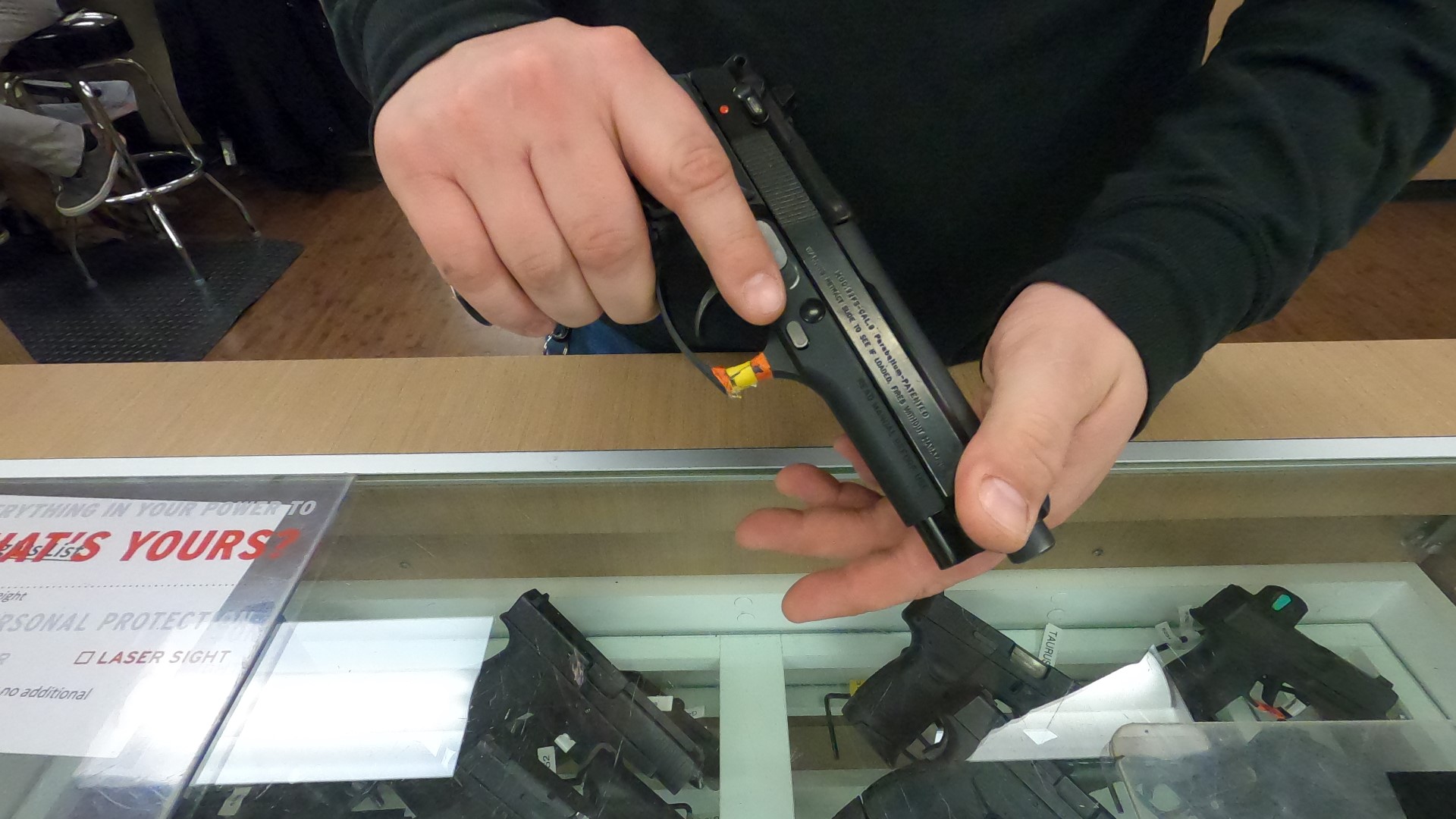 POLK COUNTY, Iowa — If you're in the market for a gun or ammunition, you may have a hard time finding what you want because both are in short supply.

Kevin and Leanna Scheidler of Ankeny are in the market for their first firearm.

They say they're buying a gun for a variety of reasons, including home defense and concerns about gun rights.

"With the outcome of the election, the restrictions on guns will probably go up," Kevin Scheidler said. "The atmosphere that we're going into electing somebody that's obviously hostile towards gun ownership, it's a good time to be standing up for our rights."

Neither Kevin nor Leanna had shot a gun before today, so Kevin said shooting for sport will also make for a fun, new hobby.

"We're both competitive so we want to see who's a better shooter," Kevin said.

In Polk County, data obtained by Local 5's Rachel Droze showed nonprofessional permits to carry doubled and permits to acquire handguns tripled in the past year.

"We buy almost everything we can, every chance we can and it flies off the shelf every time we set it out," said Tom Hudson, general manager of Crossroads Shooting Sports. "Demand is just far outstripping supply."

Hudson said the events that transpired this year are fueling buying the frenzy.

"We had people coming to the counter left and right that didn't know anything about the permit to buy a handgun rule or law in Iowa," Hudson said.

One situation, in particular, stood out to him.

"I asked [my customer] why he was buying a gun and he said because he is an Asian and he was in Iowa and he's being targeted that maybe this whole thing was his fault or his lineages fault if you will," Hudson said. "That shocked me. We heard of those stories happening in California or Washington or Oregon, but that shocked me that this young man was saying that in Des Moines, Iowa."

Then there was the social unrest after the murder of George Floyd over the summer and now the current political landscape.

"It's a race to Inauguration Day, the 'get everything you can while you can because, after Jan. 20, all bets are off,'" Hudson said.

Because of the surge in purchases that happened around that time in 2020, they've been struggling to keep up with demand nationwide.

Hudson estimated it'll be about a year before the supply is able to catch up.

If you're interested in purchasing a firearm, Hudson said Crossroads Shooting Sports is happy to help.