Need help getting to voting sites? A local lawyer is offering to help

Ben Lynch came up with the idea a week before the election. 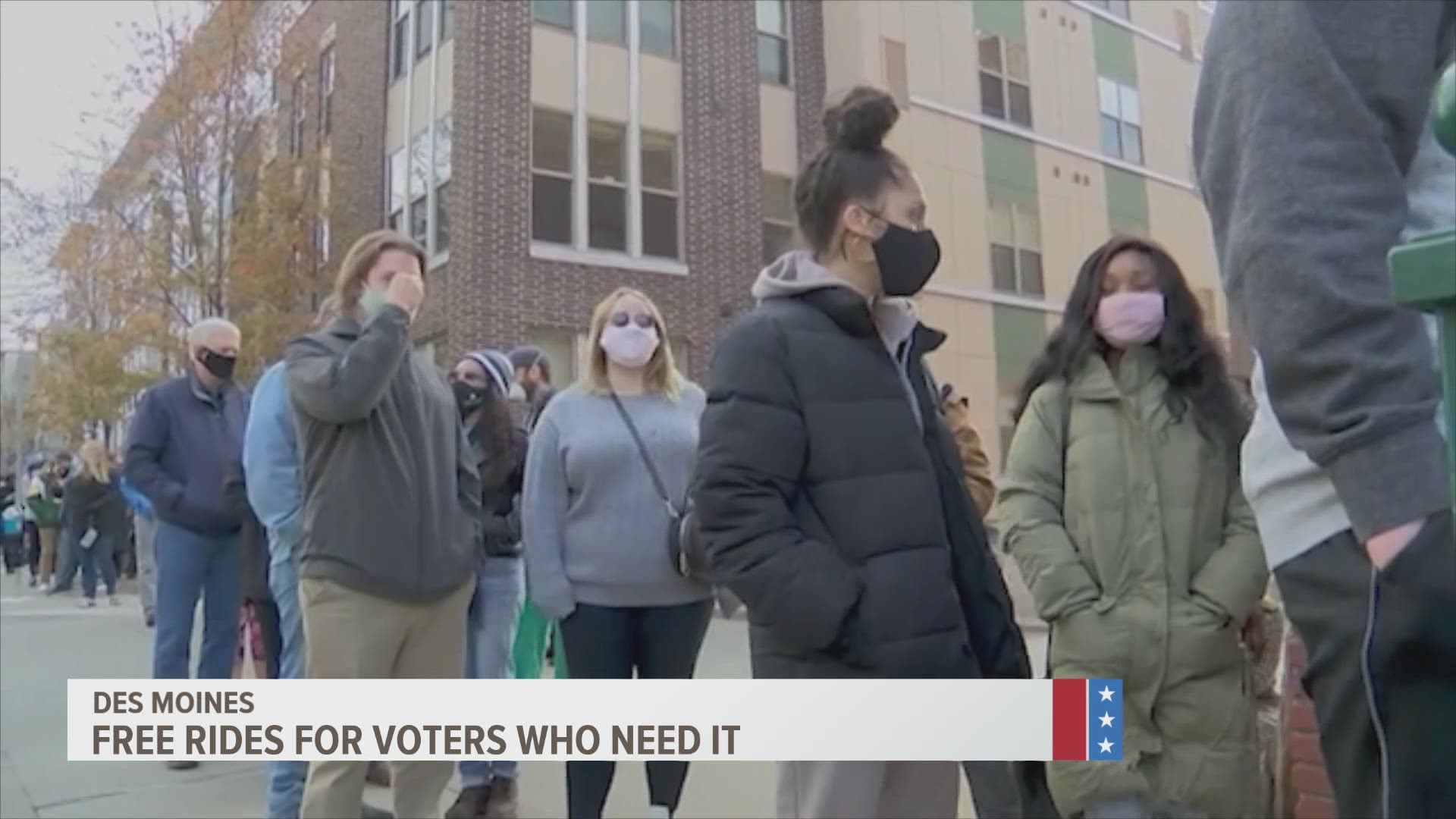 DES MOINES, Iowa — A local attorney is offering free rides to the Polk County Auditor's office for those who are looking to vote but do not have transportation.

"I don't want people not being able to get a ride to be the reason for somebody not voting," Ben Lynch told Local 5.

Lynch will be giving rides through election day.

"If you want to vote I want you to be able to," Lynch said. "In addition to being a lawyer, I'm a counselor and advisor and it's my civic duty."

When it comes to who people are voting for this election, it won't make a difference to Lynch.

"This has no political affiliation one way or the other," Lynch said. "I'm happy to transport you to the Polk County Auditor's office and it doesn't matter who you are voting for, you deserve to get representation."