A protest that started peacefully turned violent as a small group of protesters damage the Polk County Courthouse. Most protesters actively worked to stop them. 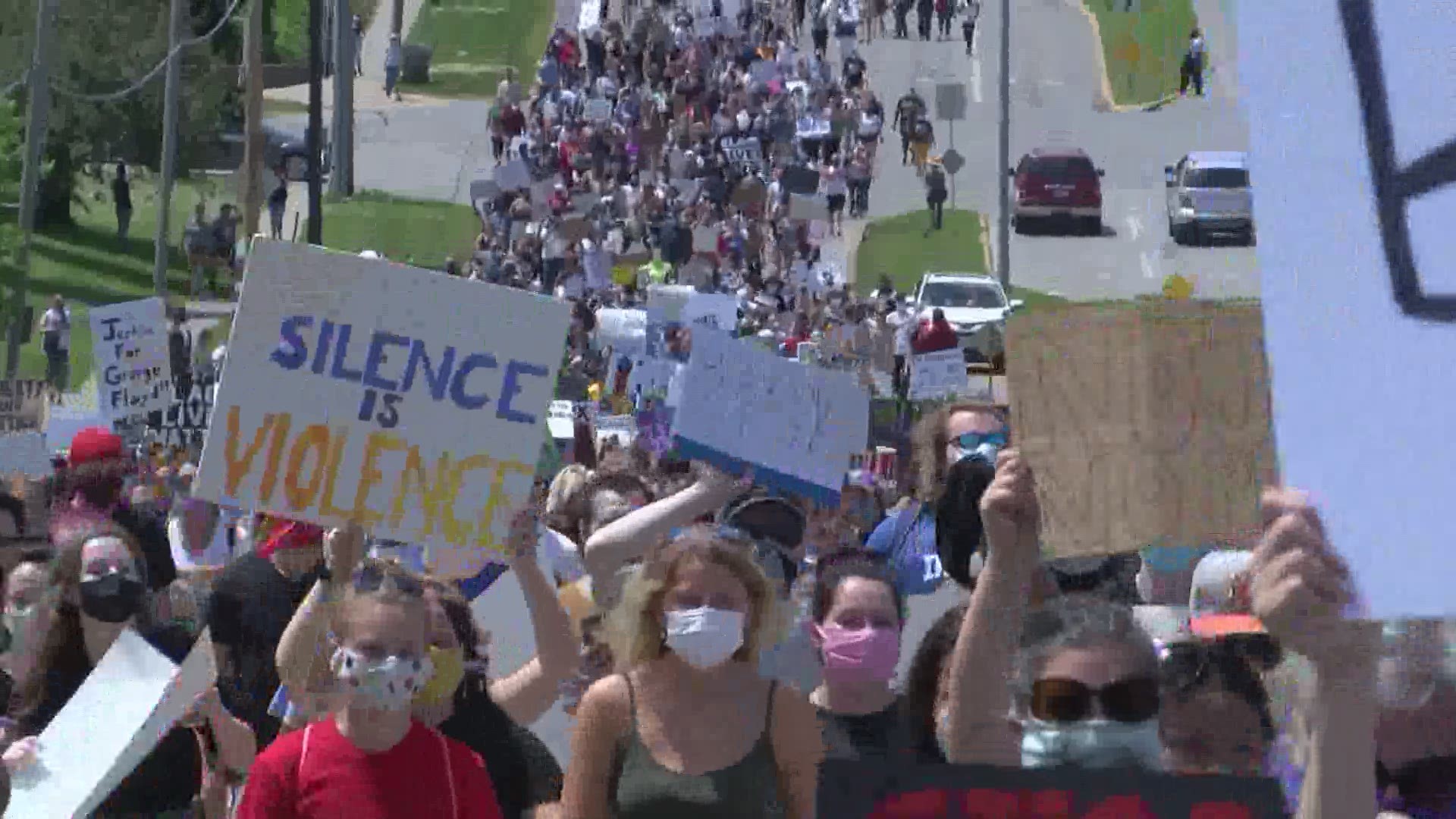 Protesters are confronting police on the steps of the capitol.  Police have ordered dispersal.

Four dispensers of tear gas were dispensed on the crowd.

At 11:30 p.m., protesters were moved off of the capitol steps and police began dispensing more tear gas into the crowd to break them up.

Protests began to take a turn, as most protesters attempt to stop a small group from making things violent.

The downtown courthouse has taken a hit, as a group of protesters has broken the windows and entered the building.

Credit: Lauren Hunt, WOI
Rocks were thrown through a first-floor window of the Polk County Court House Saturday night, as a small group of protesters turned to violence at a peaceful gathering.

Police have had to turn to spraying mace and releasing tear gas to break up crowds for a second straight night.

The majority of protesters are staying peaceful and actively trying to stop those who are turning to violence.

We will keep you updated on air and online as the protests continues.