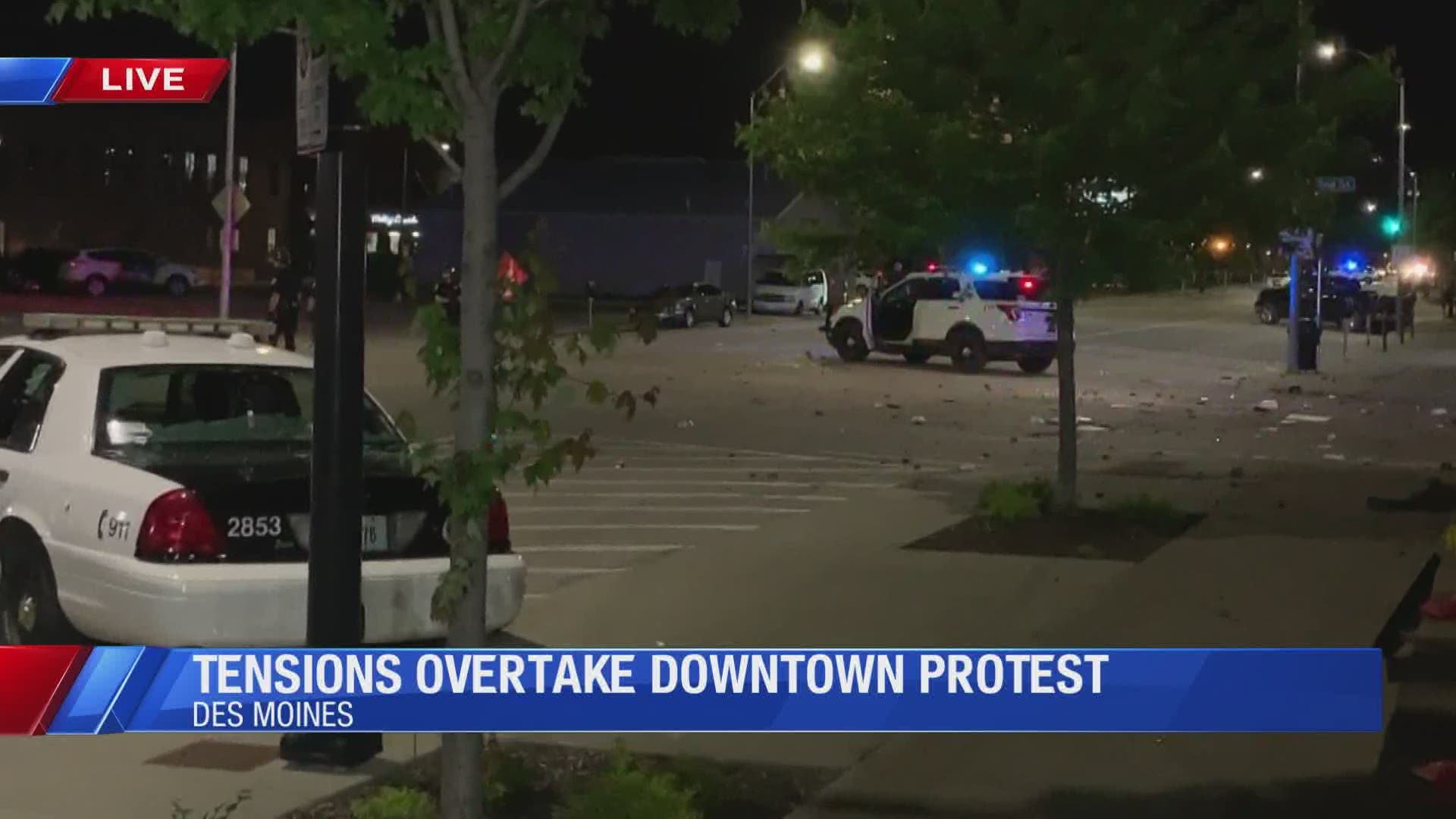 Local 5 was live at the scene.

Our Facebook live stream was cut short after tear gas and mace were deployed towards the crowd of protesters.

Protesters retaliated towards police by throwing what appeared to be bricks, bottles, fireworks and fire crackers.

Local 5 was told by Sgt. Paul Parizek with the Des Moines Police Department that they did not throw the first punch inciting the violence Friday night.

A peaceful rally was held earlier in the evening Friday before the situation got out of hand.

George Floyd died Monday after Minneapolis Police Officer Derek Chauvin pinned him to the ground with his knee for minutes on end.  His death was captured on video.

Gatherings across the metro are happening Friday night, some even causing businesses to close early.