Viet Tran had been charged last summer with unauthorized dissemination of intelligence data, a felony that carries up to five years in prison. 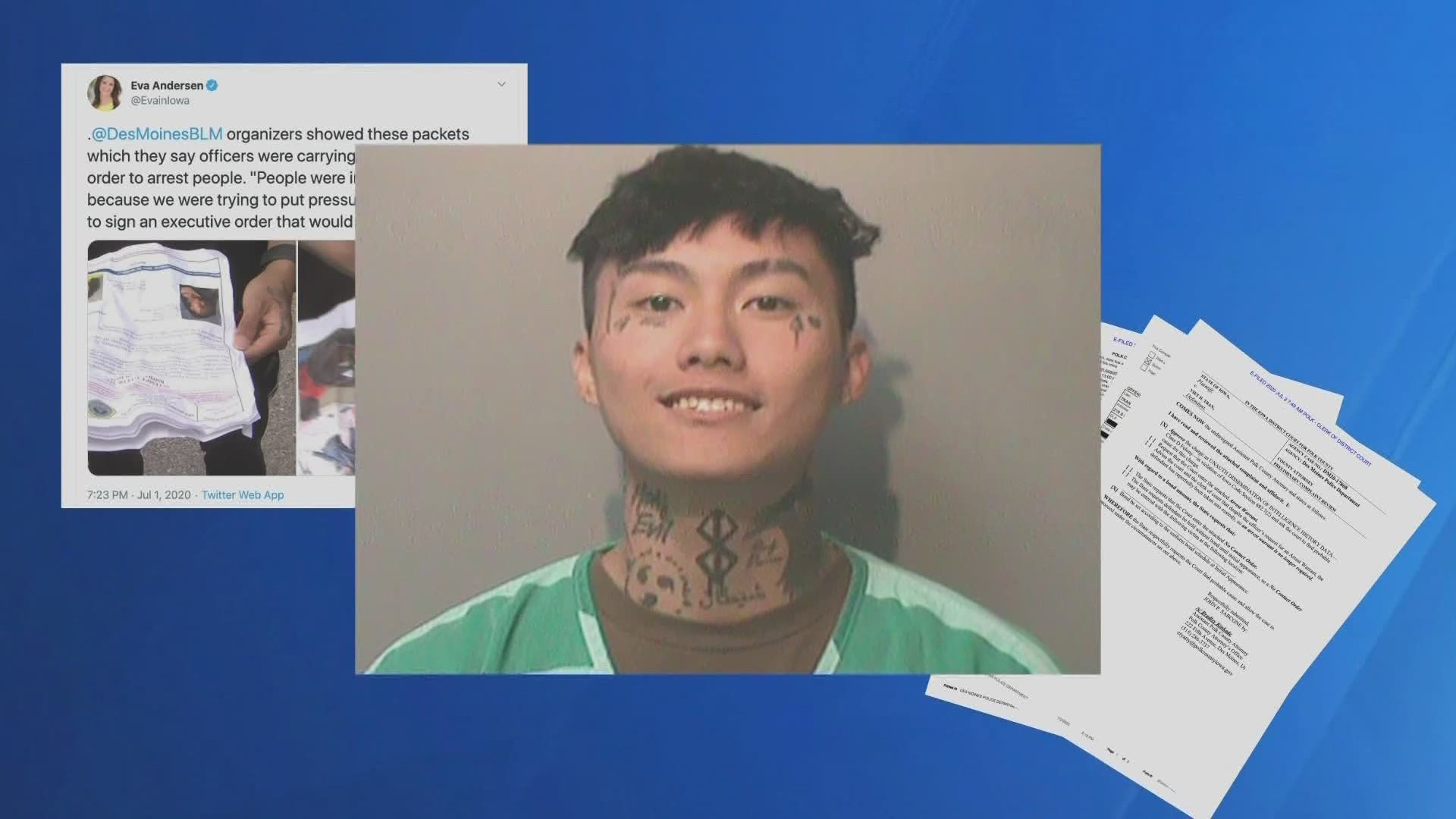 A judge has dismissed a rarely used felony leak charge against a Black Liberation Movement activist in Iowa who gave a confidential police bulletin to Local 5 during the George Floyd protests last summer.

Tran had been charged last summer with unauthorized dissemination of intelligence data, a felony that carries up to five years in prison.

In a court filing from Wednesday, Farrell writes "the unauthorized dissemination of intelligence data may serve as grounds to be convicted of a class D felony. However, there is no provision in chapter 692 or other statute creating criminal liability for disseminating criminal investigative data."

"In fact, while criminal investigative data is deemed confidential under the public records statute, a lawful custodian is authorized by statute to release it at the person’s discretion without criminal penalty," the filing says.

In short, the part of the Iowa Code that criminalizes the dissemination of intelligence data does not apply to criminal investigative data.

Read the full filing below

The decades-old law, intended to stop law enforcement officials from releasing certain sensitive information, had only been used a handful of times and never against a non-police suspect.

In fact, the felony charge has only been used twice since 2010, including Tran's case.