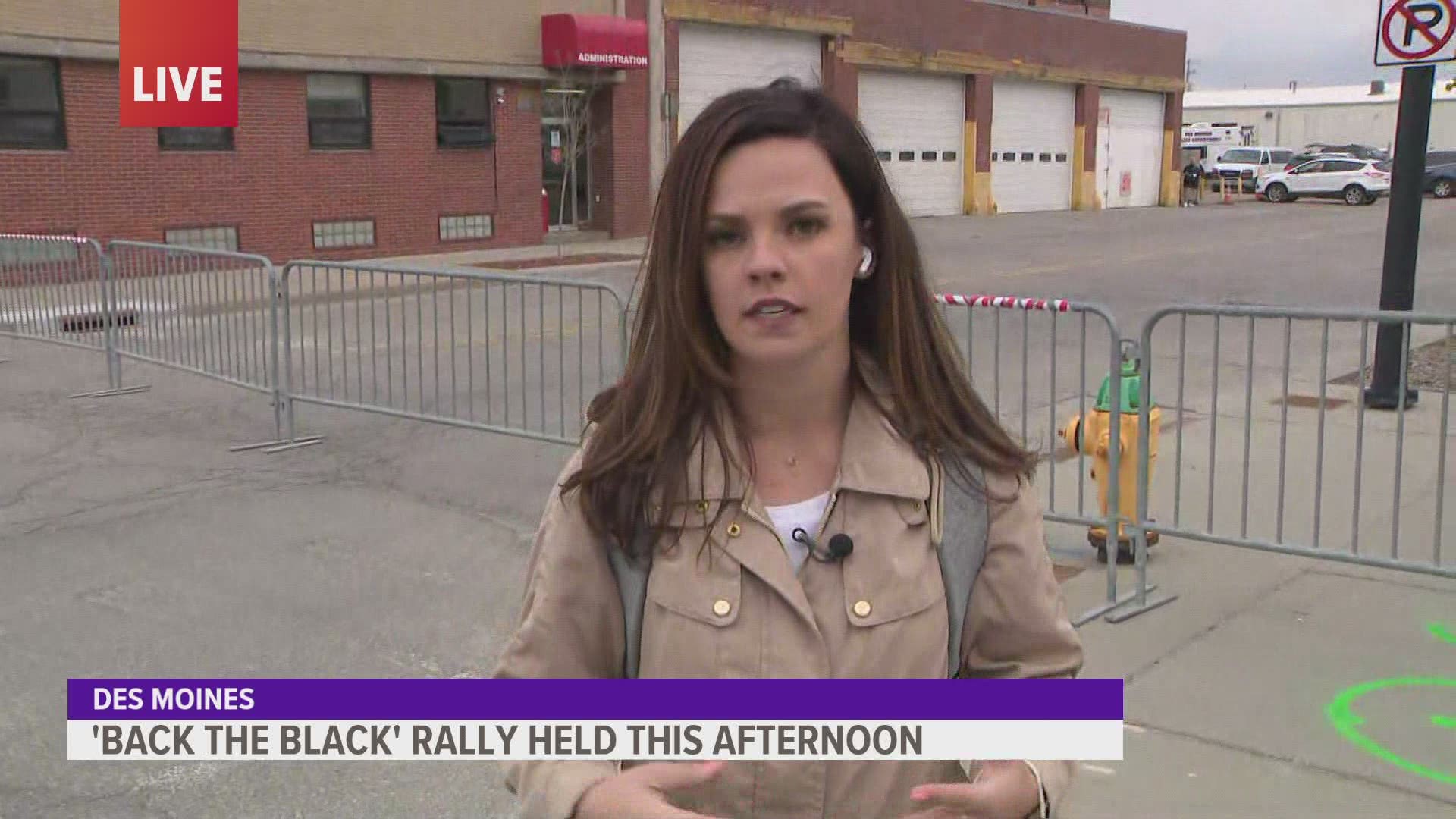 The rally is called "Back the Black," and organizers with Des Moines Black Liberation Movement have unveiled a list of demands. One of those is to fire Police Chief Dana Wingert.

People began marching at 5:00 p.m. to Des Moines police headquarters. They stayed until 6:15 p.m. and then went home. Protesters said they wanted to show DMPD they could exercise their rights in a peaceful manner.

Hundreds turn out to a BLM rally in Des Moines. pic.twitter.com/BAsUI6re7l

Local 5's Rachel Droze, who is at the scene of Saturday's rally, said people are chanting the names of those who died in recent officer-involved shooting, like those of Daunte Wright in Brooklyn Center, Minn. and Adam Toledo in Chicago.

Local 5 has reached out to the Des Moines Police Department and the City of Des Moines for comment. We will pass along an update when we hear back.