The woman has traveled across the country to participate in protests for equal rights since George Floyd's death in May 2020. 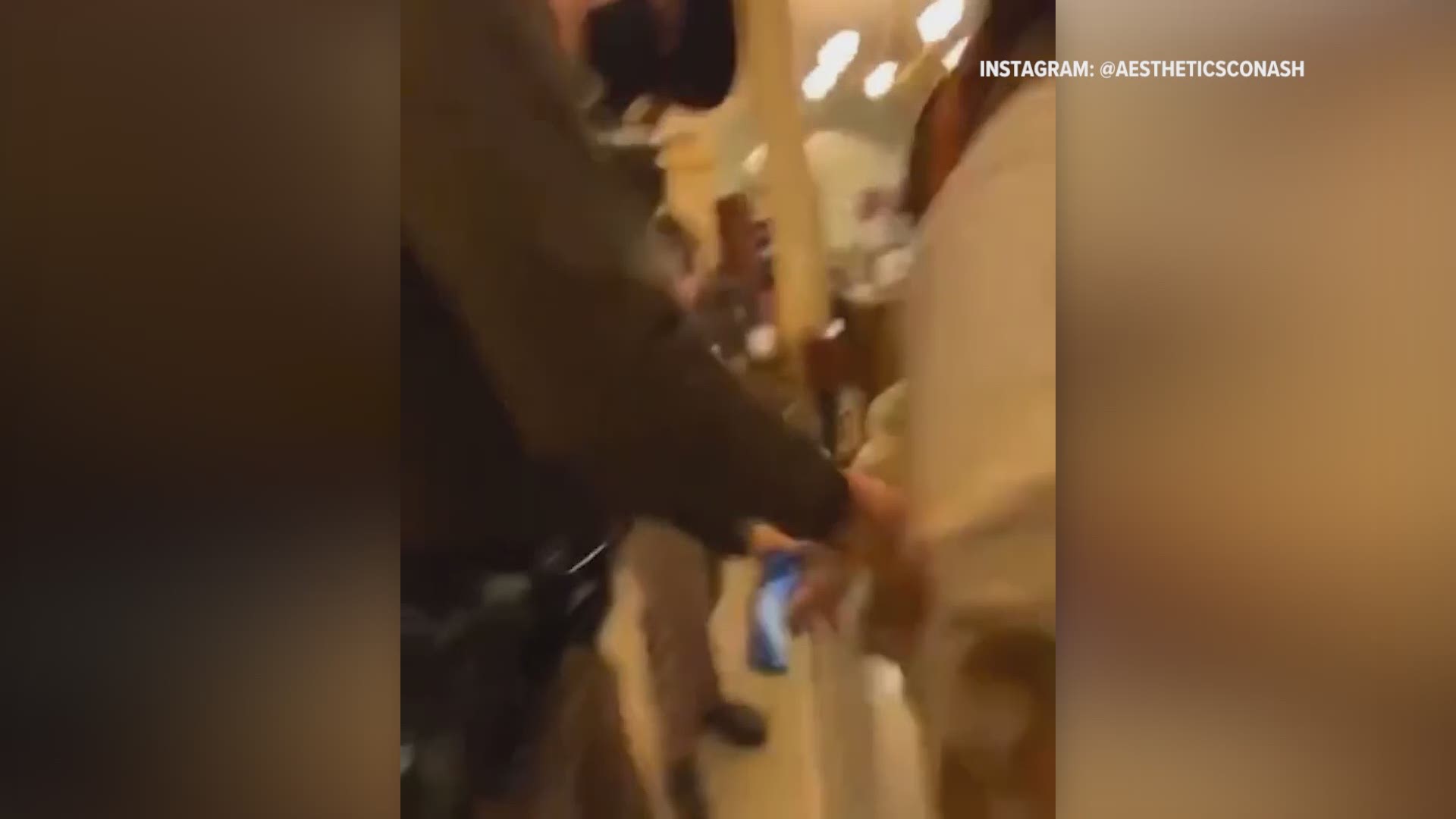 DES MOINES, Iowa — Barely a day after witnessing a teenager being arrested by Iowa State Patrol inside the Capitol, a California woman witnessed another arrest while protesting outside the Derek Chauvin trial in Minneapolis.

In the middle of an interview with Local 5's Rachel Droze, the woman, who goes by the name Aesthetics, turned her camera around to capture her friend being arrested.

Local 5 reached out to the Hennepin County Sheriff's Office to find out why Aesthetics's friend was arrested. As of Friday evening, we have yet to hear back.

Aesthetics and her friend drove to Des Moines Thursday to protest several bills in the Iowa Legislature. The Des Moines Black Liberation Movement and Advocates for Social Justice, a group based in Cedar Rapids, called these bills "racist and dangerous."

She and her friend drove to Des Moines from Minneapolis with a man named Cortez Rice, who calls himself George Floyd's nephew, though not through blood.

The group witnessed a trooper with the Iowa State Patrol arrest 18-year-old Josie Mulvihill, who is a student in the Norwalk Community School District. Video captured by Aesthetics on Thursday shows the moments leading to the arrest of Mulvihill.

In the video, the trooper is seen arresting Mulvihill and eventually forcing her to the ground as other protesters attempted to stop the arrest.

Aesthetics said she's been traveling the country fighting for equal rights ever since the death of George Floyd. That's why she was in Des Moines on Thursday.

By Friday, she was back in Minneapolis to protest outside the courthouse where Chauvin is on trial for the death of Floyd. While talking with Local 5, her friend was arrested by police.

Since Thursday's incident, many have posted online calling the protest an "insurrection." Aesthetics and others at the protest said that isn't true.

"I was tired of people lying. Just yesterday, they called it an insurrection and we saw what happened: a peaceful protest," she said. "So if we're not here, making sure the narrative is told whoever we're going to allow to do that?"

According to Sgt. Alex Dinkla with the Iowa State Patrol, Mulvihill was arrested and charged with assaulting a peace officer. She was cited and released to her parents.

The criminal complaint about the incident has not been made publicly available as of Friday evening.

According to the Iowa Code, there are multiple levels of assault against a peace officer. The top is a Class D Felony, which is assault with intent to inflict a serious injury.

If an individual uses or displays a dangerous weapon in connection with the assault, that is a Class D Felony.

Next is an aggravated misdemeanor, which is when someone causes bodily injury or mental illness against a peace officer.

Below that is any other assault that doesn't cause bodily injury, which the Iowa Code classifies as a simple misdemeanor.