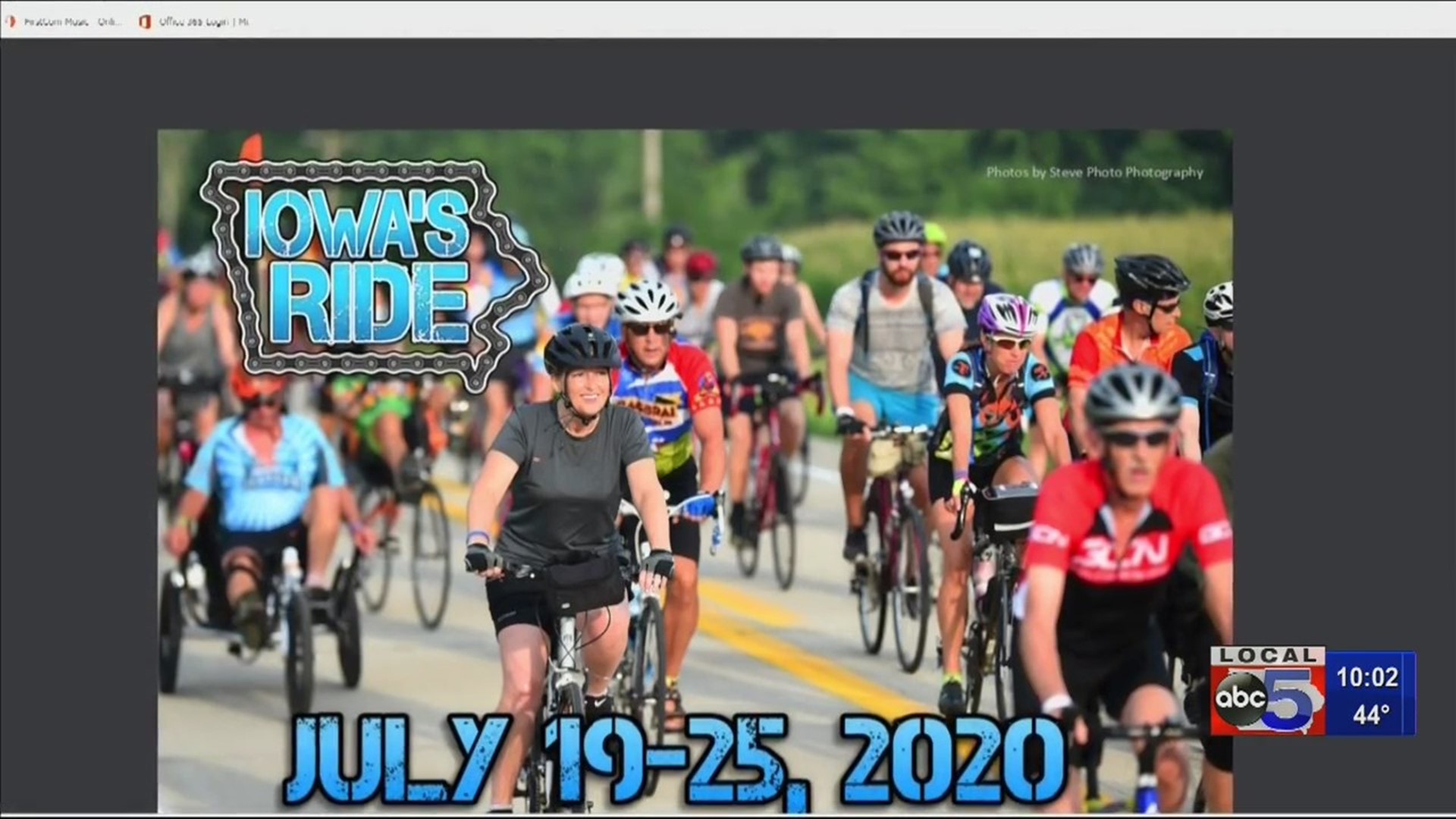 DES MOINES — Tuesday afternoon, RAGBRAI cyclists gathered at one of their favorite local “hangs”–Mickey’s Irish Pub Waukee–to digest some big information. The entire staff from the bike ride many of them have been cycling for over a decade, stepped down.

“I’m surprised, but not surprised,” said Karen Chicken, of Waukee. Chicken has been riding RAGBRAI for 12 years on a team called “Kamikaze.” She says the RAGBRAI staff’s departure from the Des Moines Register makes her “nervous but excited.”

“I think it’s good for our state,” said Chicken. “Change is always good.”

Chicken says she doesn’t personally know TJ Juskiewicz, RAGBRAI’s former director of 16 years, but she trusts his decision to move from RAGBRAI, and start “Iowa’s Ride.”

“Cyclists do tend to stick together quite a bit and stand up for each other,” she said.

Mark Broderson, 45, of Waukee, has been riding on a team called “Bad Decision Pants” for six years. He says he’s friends with Juskiewicz and supports his decision.

“TJ’s got good values,” said Broderson. “And I’m a big believer in journalism. But I also believe that when he’s been hushed to not speak what he believes, and when he’s asked questions in the way that they kind of hushed him on that, it’s like good for [TJ]. I think he did a good thing here, I really do.”

Kayla Ely of Waukee rode RAGBAI only once, in 2019. She says next year, she hopes to ride Iowa’s Ride.

“I thought it was a good move because when this all initially happened I heard people say, ‘Well I’m not going to ride RAGBRAI,’” said Ely. “I don’t want to support a paper that when an Iowan does something good, they try to diminish that.”