Ride-hailing shortages continue and prices for rides soar, according to report

Bar owners encourage people to figure out how they're getting home before going out for the holiday weekend. 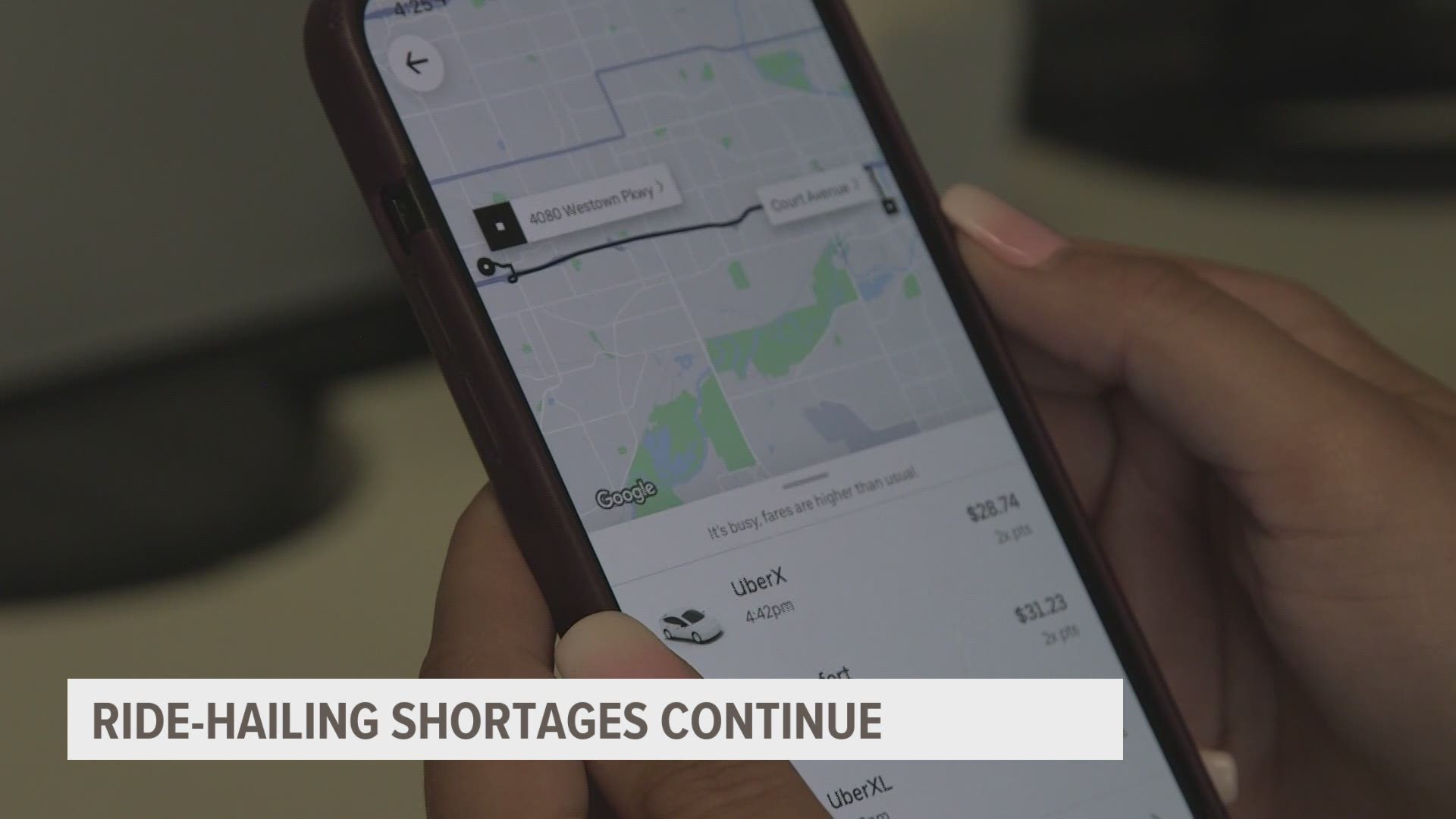 DES MOINES, Iowa — Uber and Lyft rides continue to be in high demand and now, consumers are paying more to catch a ride.

That's according to a report from Rakuten Intelligence.

The ride-hailing industry took a major hit during the pandemic and it's still trying to recover.

Bar owners are concerned this combo could cause Iowans to make some bad decisions this holiday weekend.

"You're going to make people make bad decisions," said Jason Garnett, managing partner at Juniper Moon in Des Moines. "They're going to get downtown and try to do the right thing and not be able to do it and then wait an hour and then say, 'Well, I'm just going to drive and take my chances.' Which is pretty scary when you think about that."

Since people started coming out after the pandemic, Garnett said it's been next to impossible at times for people to get rides home.

"I try to remind people before we close if I hear that they're talking about getting an Uber or I know that they Ubered here, I tell them they might want to start that process now because it's going to take a while," Garnett said. "They're not easy to get any time of the day, but especially once you get past 10 o'clock, 11 o'clock, and then 12-2:30 it's like, good luck."

Now, when people are finding rides, they're paying more; about 40% more according to data from Rakuten Intelligence.

"I think a lot of people have shifted to other industries or other forms of delivery driving, but it would be nice to get them back," Garnett said. "So I want to encourage everybody out there to start driving Ubers again."

If you're going out, make sure you prepare.

You can schedule Uber and Lyfts through their apps, schedule a taxi to pick you up or designate a driver to take you home.