A 12-year-old boy died Friday after falling off a float during a homecoming parade in Woodbury County. 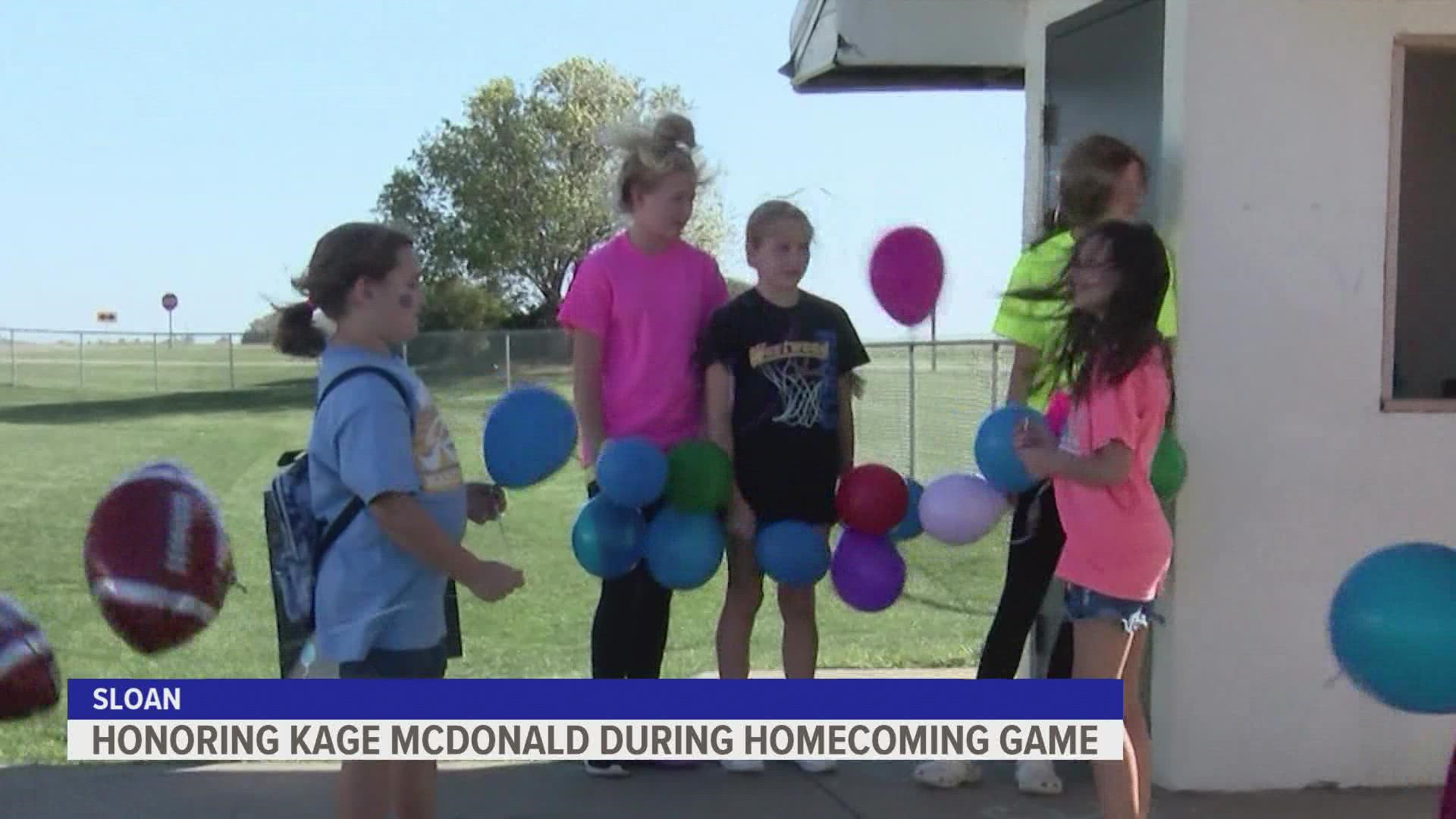 The Westwood Community School District identified the victim as Kage McDonald. Woodbury County Deputy William Brooks said the boy fell off a float and then was run over.

"As our family is suffering; we also know many classmates, teammates, friends and the community are working through their own emotions," Kage's aunt, Tiffney McDonald wrote in a Facebook post.

Kage wasn’t just a football player and cross country runner, he we also a Boy Scout. He was in a very small class of 7th...

Richard Moore, the president of the Westwood Ministerial Association told KCAU the community is coming together to get through the tragedy.

"You’ve got to know that you’re not alone, and this community has done very very well in that," Moore said. "That’s one of the reasons I’m so proud to be a part of this community."

Westwood was set to host Hinton for their Homecoming game Friday, but the game was postponed to Saturday. Hinton posted a tweet offering condolences to Kage's family.

💙💛💙 We are saddened to hear of the passing of Kage McDonald yesterday and we offer our deepest sympathies to the family of Kage and the entire Westwood community. #WestwoodStrong 🙏 pic.twitter.com/rSGpTvQnbV

This morning we played Westwood in football. Last night they tragically lost a teammate and friend. While we competed on...

A GoFundMe was set up for the McDonald family with a $3,000 goal and has raised more than $23,000. You can donate to the fundraiser here or via MealTrain here.

RELATED: Still no sign of Brian Laundrie after law enforcement search the Carlton Reserve for over a week