'We have the right to peacefully gather:' Gov. Reynolds supports Trump's rally that attracted thousands

Gov. Reynolds was spotted at times during the rally not wearing a mask 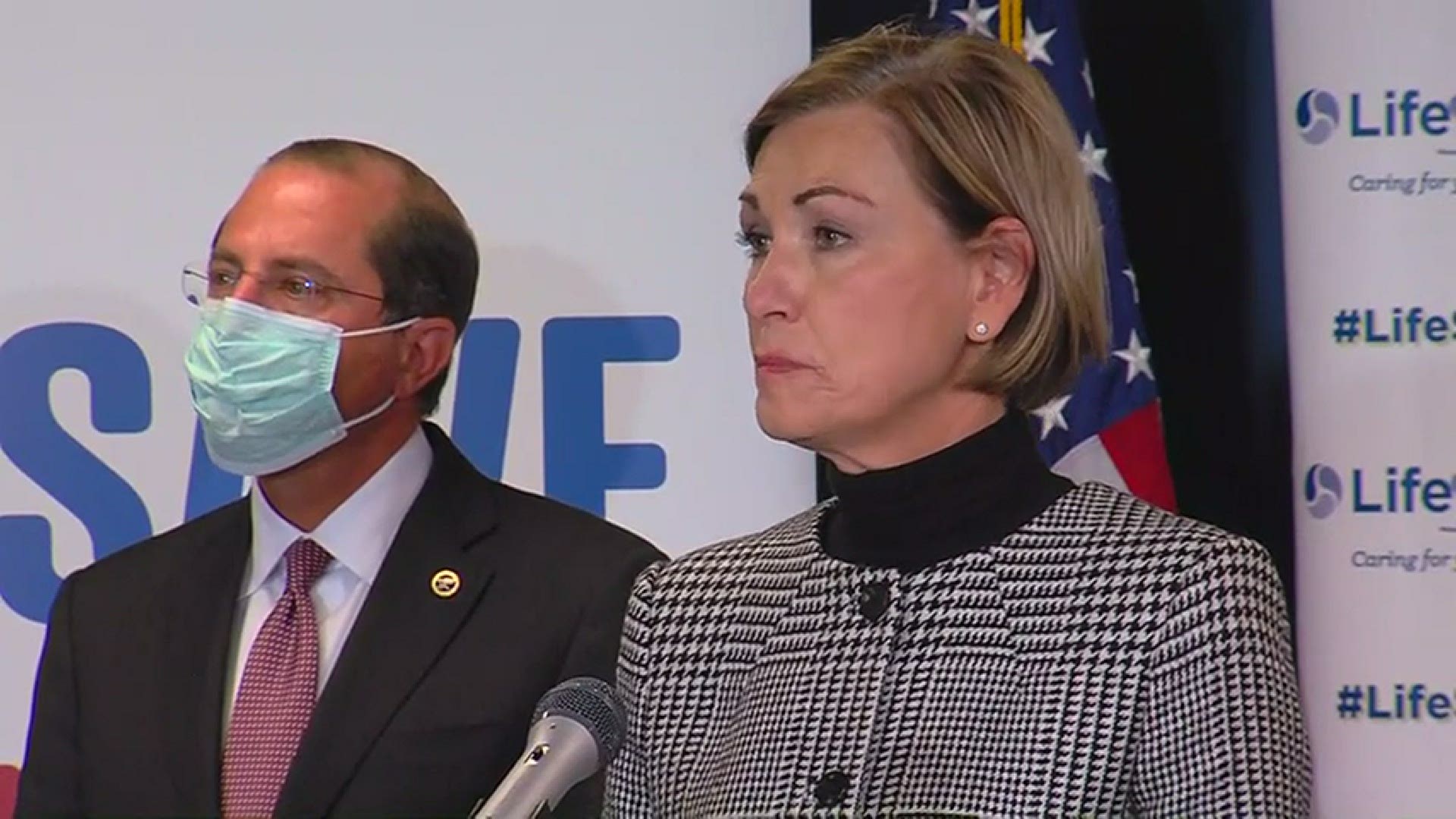 In a Thursday press conference alongside Alex Azar, Secretary of the Department of Health and Human Services, Reynolds, who attended the Wednesday event, said she believed the Trump campaign did a good job of promoting safety and responsibility.

"They practiced the safety measures, we got our temperatures checked before we came in, and they encouraged people to wear a mask, many did, But they also have the right to peacefully gather...that is Iowans' rights to do that."

However, in the governor's latest public health proclamation, large gatherings are allowed as long as there are proper social distancing measures. At the Trump rally on Wednesday night, few participants were spaced six feet or more apart, as the Centers for Disease Control recommends.

"It was never meant to prohibit First Amendment rights and to allow people to gather, and that's what took place last night, the same thing applies," said Reynolds. "We continue to say social distance, if you can't, wear a face mask. I had mine on. I was role modeling that was what you're supposed to do."

However, in the video Local 5's camera crew captured during the event, there were moments the governor did not wear a face mask. You can see in the clip below. 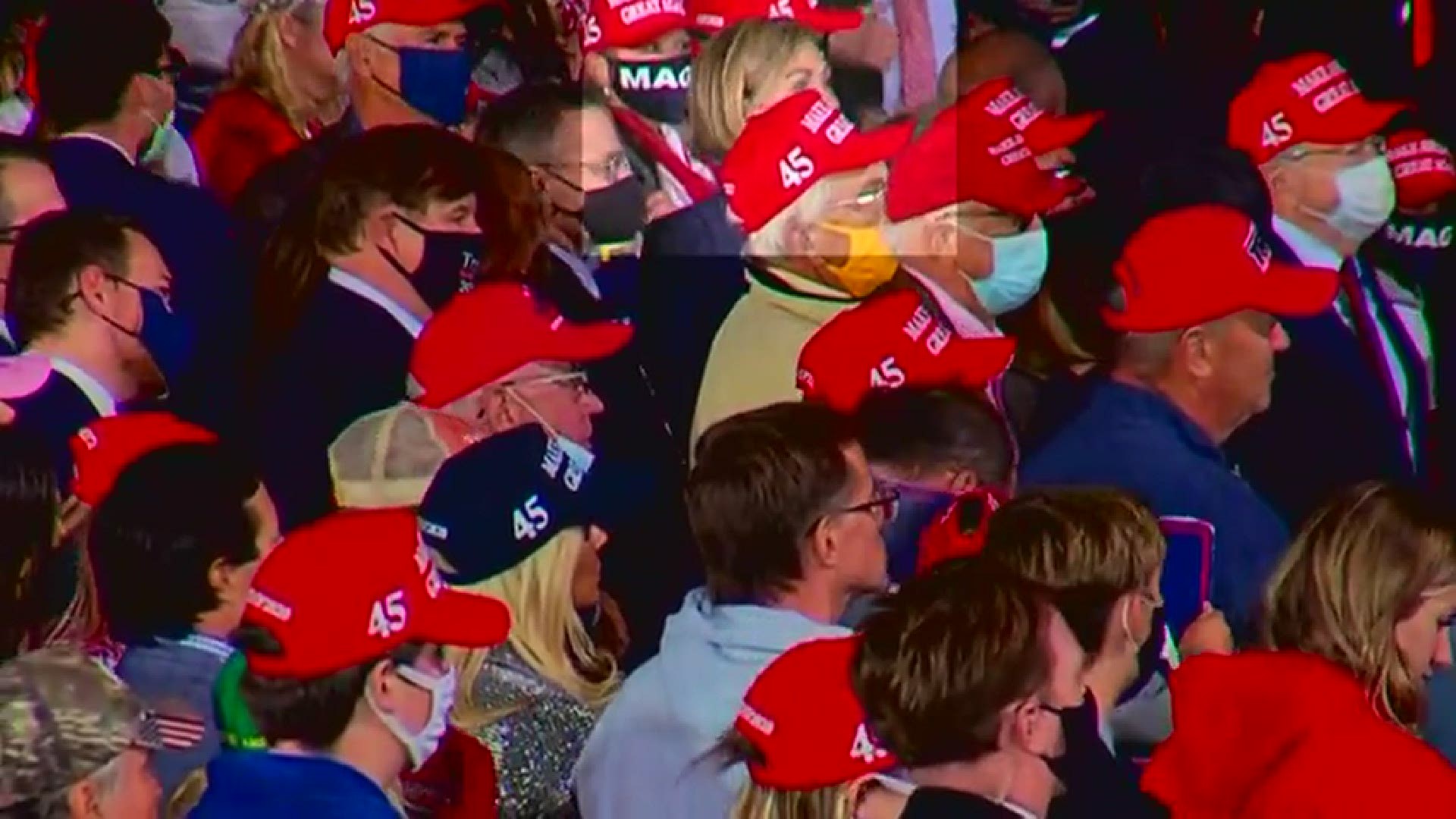 When Local 5 asked Reynolds about this instance, she said she was speaking to her husband.

"It had to be for a short period of time," said Reynolds. "Because if you looked at a lot of the pictures, I had my mask on. I had it on the majority of the time. I took it off once maybe to take a drink or to say something. Kevin was standing beside me so it's hard to hear with all the noise that was there last night, but I had my mask on most of the time."

Week after week, the White House Coronavirus Task Force has urged state leaders to issue a mask mandate for Iowans. Reynolds has resisted, saying she believes Iowans are doing the right thing.

The governor has been criticized by some for being seen maskless at some gatherings.

GREAT first stop of Day Two on @TeamTrumpOnTour in Sioux City with Governor @KimReynoldsIA and @MattWhitaker46. Iowa is working hard to re-elect @realDonaldTrump to #MakeAmericaGreatAgain. pic.twitter.com/yStUHw7el2

Reynolds said in a press conference that the above photos are from an event that started outdoors, but the weather forced participants to go inside "for a short period of time," said Reynolds. She remarked she had a mask on for most of the time and only took it off to speak.