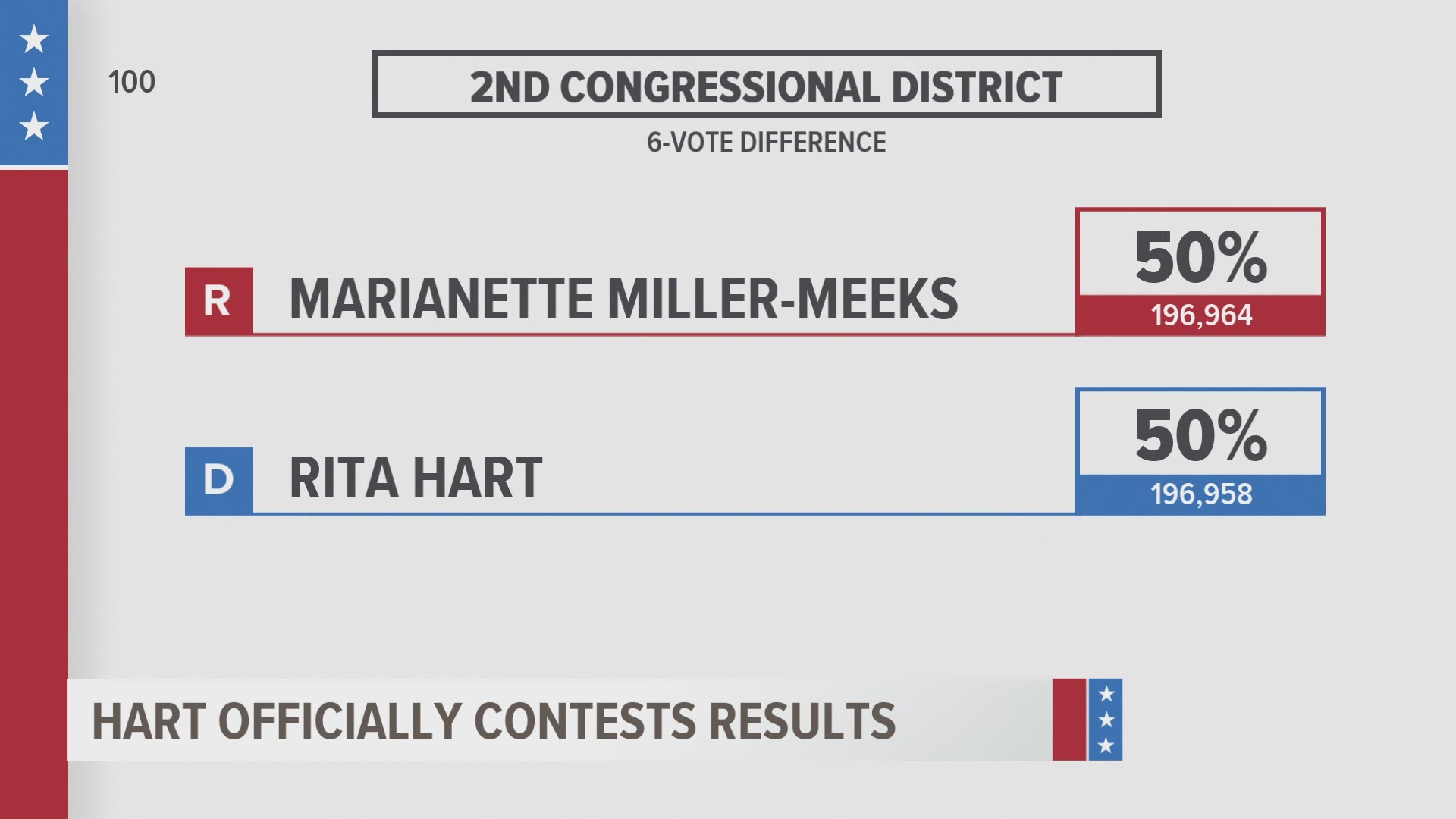 Democrat Rita Hart has formally filed a request to contest the results of Iowa's 2nd Congressional District race, asking a committee in the U.S. House to review the initial recount process.

Hart, who trails Republican Mariannette Miller-Meeks by just six votes, said there are uncounted ballots in the race, and she wants Congress to "fulfill its duty and ensure all voices....are heard."

In the petition, Hart detailed what she says are 22 legally cast ballots that were "unlawfully excluded" from the state-certified results.

Today, I am officially asking the House to ensure every Iowan's voice is heard in #IA02.

22 ballots remain uncounted from Election Night & thousands of others that were never examined. We've got to count the votes & get this right. pic.twitter.com/hWTsUDHkhy

On Nov. 30, Iowa's Canvass Board certified the results of the 2020 General Election, which included the 2nd District. Miller-Meeks was declared the winner.

Hart made the decision in November to request for a U.S. House committee to review the results of the race instead of going through court, saying the window to allow that to happen was too short.

“Although it is admittedly tempting to close the curtain on the 2020 election cycle, prematurely ending this contest would disenfranchise Iowa voters and award the congressional seat to the candidate who received fewer lawful votes,” Hart lawyer Marc Elias writes in the 176-page notice, which includes affidavits from several voters who say their ballots were improperly rejected.

Republicans have reacted with outrage to Hart’s maneuver, saying she is bypassing a review by Iowa judges while attempting to have her fellow Democrats declare her the winner. But Hart and her supporters have argued that every legal vote must be counted in a race so close.