Hart said she will file an election contest with the U.S. House under the Federal Contested Elections Act. 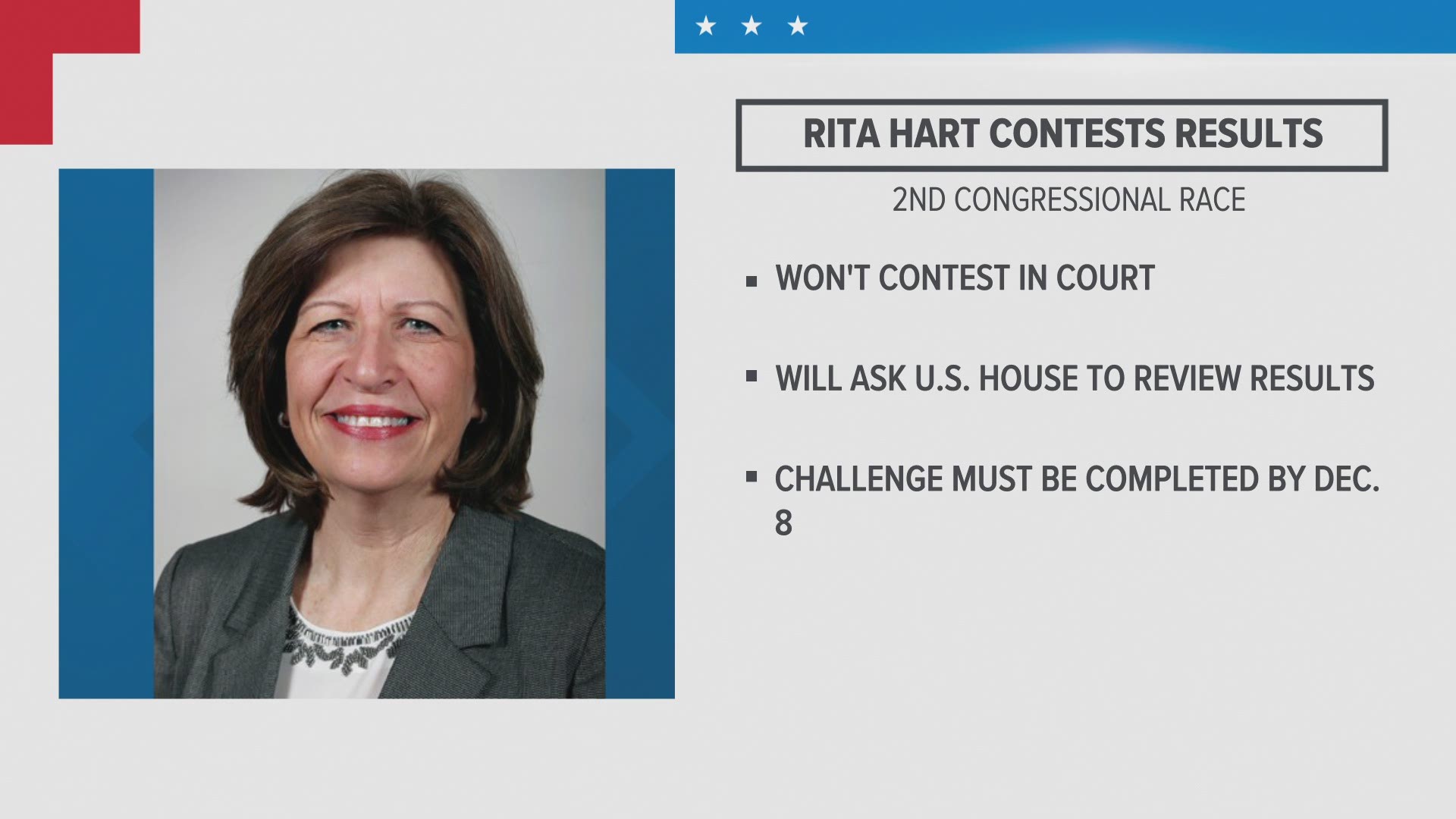 The Democratic congressional candidate for the 2nd Congressional District said in a release on Wednesday she will not take up her issues with the race in court, but instead go to the U.S. House for a review of the results.

On Election Night, Rita Hart was trailing Republican Mariannette Miller-Meeks by 700 or so votes. By the time the election results were certified, she was down by just six votes.

Hart’s campaign had until Wednesday afternoon to contest the election under Iowa law following Monday’s certification of results.

Hart's campaign said she will be filing an election contest with the U.S. House under the Federal Contested Elections Act in the coming weeks.

“When the recount process began more than two weeks ago, Rita Hart was down by 47 votes. Since then, more Iowans’ ballots have been counted and Rita has continuously gained ground, narrowing the gap to a mere 6 votes. While that recount considered more votes, limitations in Iowa law mean there are more legally cast votes left to be counted. With a margin this small, it is critical that we take this next step to ensure Iowans’ ballots that were legally cast are counted. In the weeks to come, we will file a petition with the House Committee on Administration requesting that these votes be counted, and we hope that Mariannette Miller-Meeks will join us in working to ensure that every Iowans’ voice is heard,” said Hart's campaign manager, Zach Meunier.

According to Iowa law, a state election challenge must be completed by Dec. 8. Hart's campaign noted the short timeline would not be enough "to ensure all Iowans' votes are accurately counted in this historically close election."

The race is the closest one in Iowa in nearly a century.

After the state canvassing board met on Monday, the Associated Press announced it would not declare a winner in the race until all legal options are exhausted.