DES MOINES – The heavy rain over the weekend caused a Des Moines road to burst at the seams. It happened on Foster Drive near the Art Center on Grand Aven... 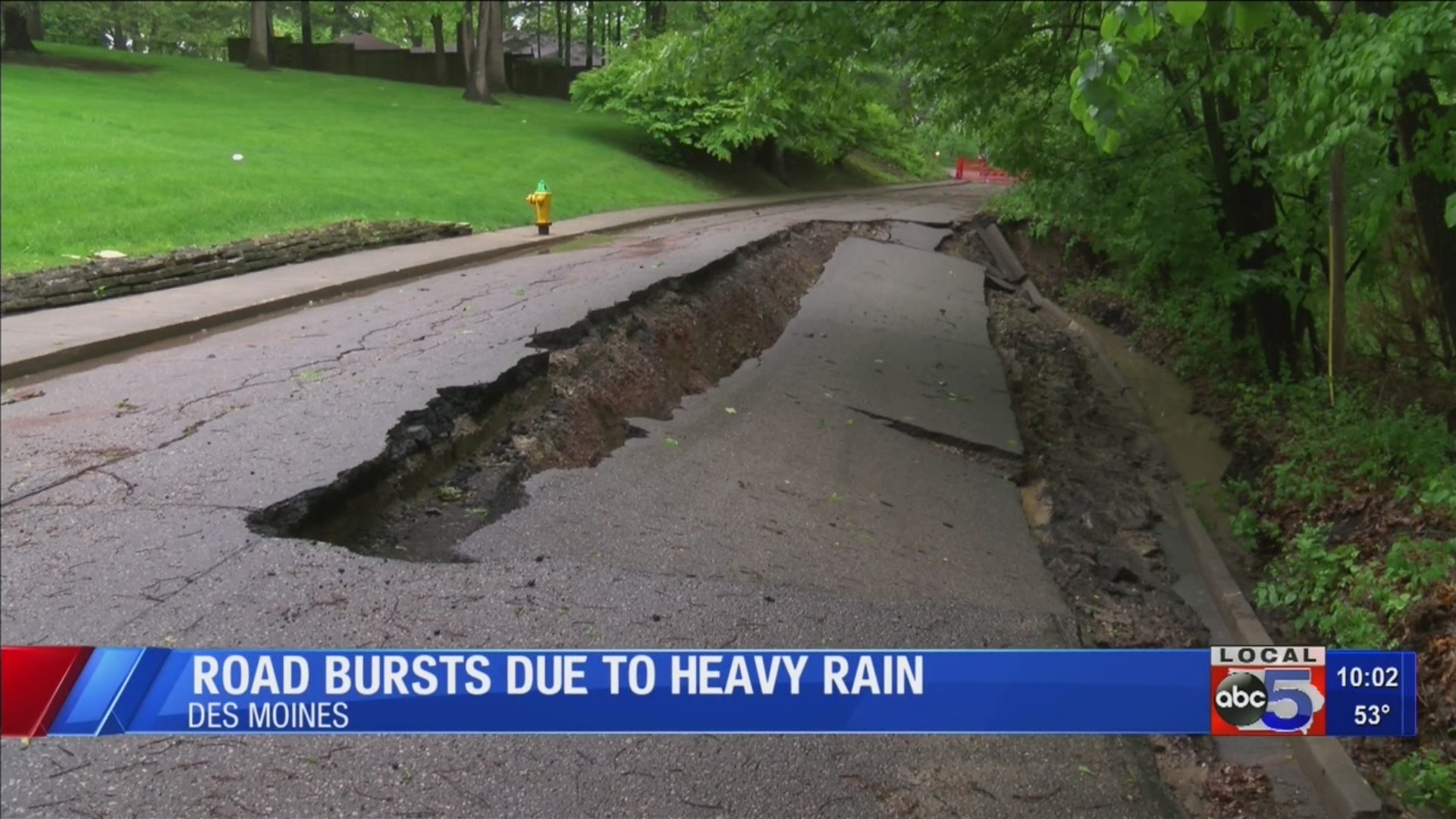 DES MOINES – The heavy rain over the weekend caused a Des Moines road to burst at the seams. It happened on Foster Drive near the Art Center on Grand Avenue. Giant chunks of asphalt are currently sticking into the air.

Tonight, neighbors have been reassured from the city that there is a plan to fix it. But the only problem? Mother nature just won’t let up.

“It could swallow a car, that’s for sure,” says neighbor Pat Deluhery.

The neighborhood street just south of Grand is blocked off after part of it collapsed over the weekend. “The sidewalk is broken in half. A retaining wall that was holding it up has fallen down and into the ravine.”

Neighbors say the heavy rains were too much for Foster Drive to withstand. “Just no doubt when the rain falls on this whole neighborhood, much of it reaches this point behind me where these drain spouts are.”

Pat Deluhery lives right in front of the now massive hole. He says he saw a relatively small crack in the pavement a few weeks ago, but didn’t think much of it until now. “When it went, it would have been a terrifying thing to stand on it, maybe the last thing that happened in your life, but it didn’t happen to anyone.”

Pat says the city is already working to repair the road. But before that can happen, the weather needs to let up. “It won’t be fixed over night but they assured me that they are not going to let it run for months. They have to plan what they are doing next and their are solutions to these kinds of things.”

At this point because of all the rain in the forecast, we don’t have a timeline on when the repairs will start. But homeowners are crossing their fingers it’s sometime soon.

Luckily, the collapse is not located in front of anyone’s driveway, so homeowners can still get around the neighborhood rather easy.