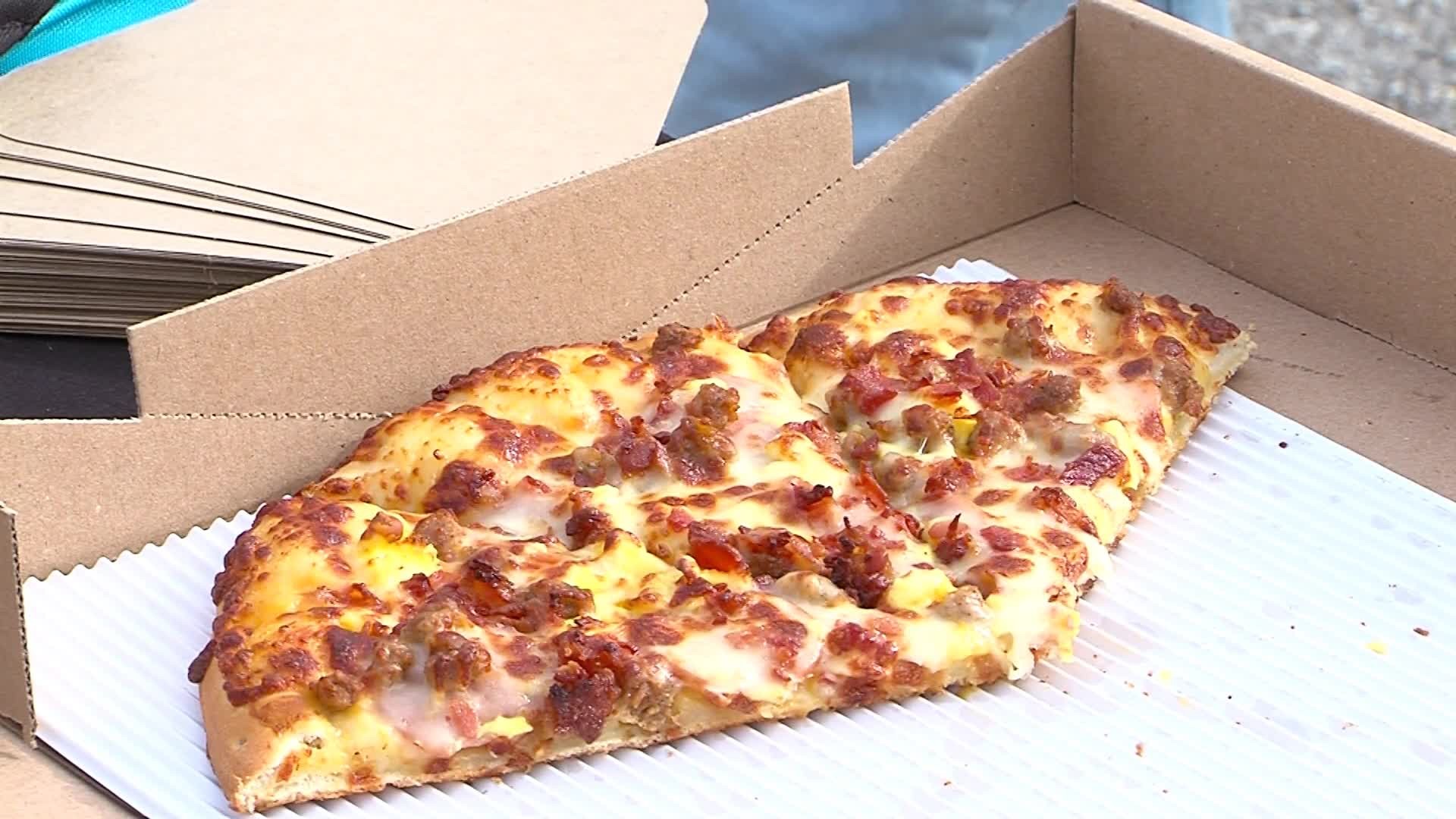 Which is better, Casey’s General Store breakfast pizza or Kum & Go breakfast pizza? It’s like asking someone which team they want to win at the Cy-Hawk game. It’s not a civilized conversation- it’s war.

However, there is one thing that all breakfast pizza lovers can agree on. These delicious slices of heaven should be sold all day long, or at least longer than 10 a.m. Breakfast pizza has an advocate in at the state capitol: Auditor Rob Sand.

Sand is very passionate and vocal about breakfast pizza, specifically Casey’s General Store. He’s called out Democratic presidential candidate Beto O’Rourke for referring to a slice of supreme as a slice of breakfast pizza.

But yeah, @BetoORourke? We need to talk.

However, nothing compares to his Twitter moments from the past week. Sand thought it worthy to keep his followers updated on all things breakfast pizza. Before letting people know about the breakfast pizza party, he tweeted out a screenshot of his attempts to talk to Casey’s General Store.

REPORT: people have longed for @caseysgenstore to officially extend hours for breakfast pizza by the slice. I have fought for this: see my DMs over 2 months, with no reply. Now that I'm looking to @kumandgo, I hope we see that change. Love me some CBP, but accountability matters. https://t.co/0j1dfQ3Gbr pic.twitter.com/L3Y8cgj5AX

The Democrat announced Thursday evening that Kum & Go will explore the idea to extend breakfast pizza hours. Sand even invited them to serve free pizza on the east side of the capital Friday morning.

@kumandgo has heard the cry for extended breakfast pizza hours, & are exploring the idea!

They’ll have FREE BREAKFAST PIZZA on the east side of the state capitol 9 am tomorrow! @caseysgenstore was invited but has not responded 🙁

I don't want special treatment. Honest question: why can't you change this? Just extend from 10 to 11 am. NBD.

Later on Friday, Casey’s explained why they didn’t show up to the pizza party.