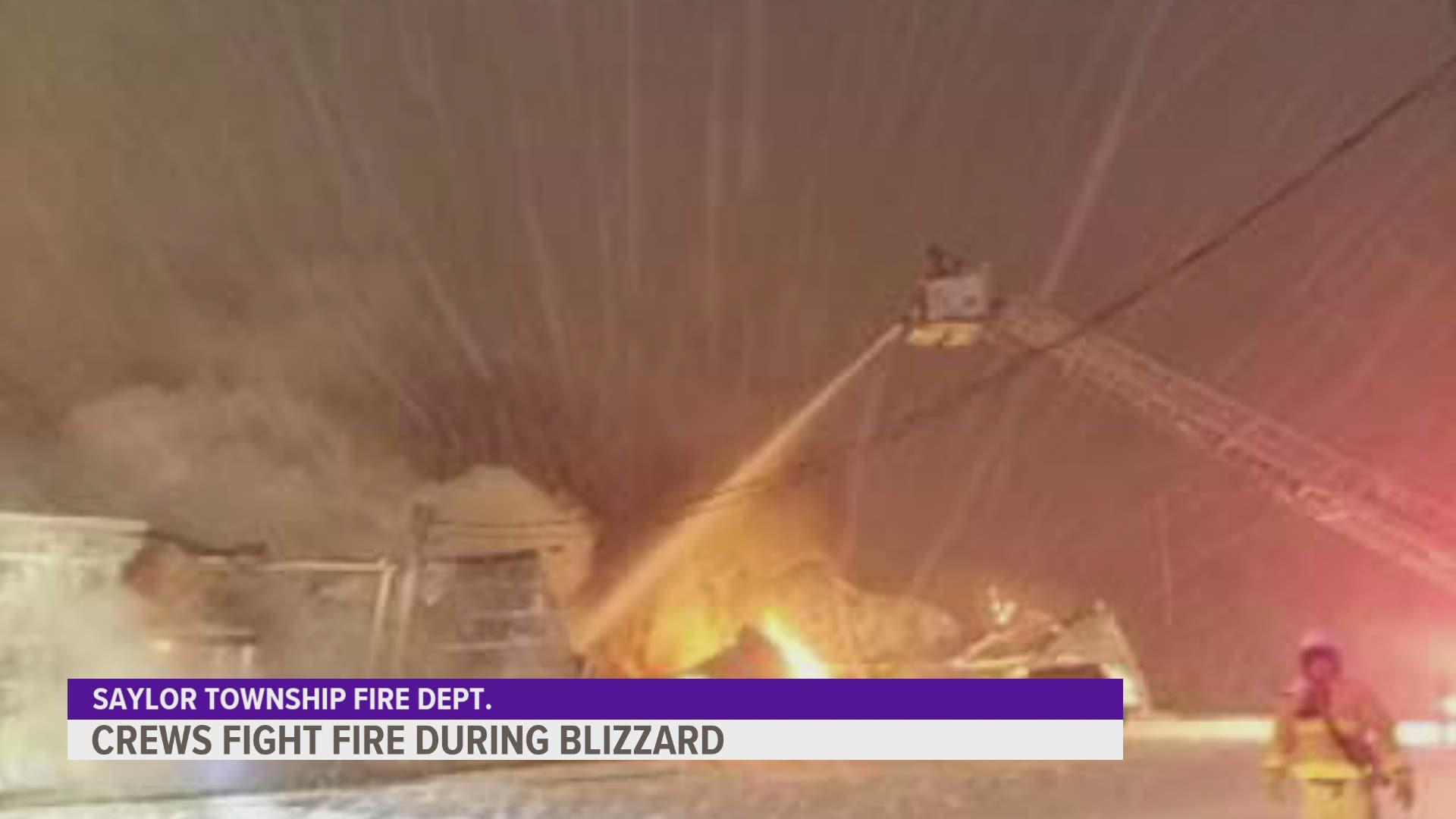 According to a Saylor Township Fire Department firefighter, their crew was called out a little after 3 a.m. to the 1900 block of NE 58th Avenue for reports of smoke coming from the building.

When firefighters arrived, they saw an electrical business, A-Wye Electric, Inc., on fire. Smoke and flames were coming from all sides of the building, according to the fire department.

A second alarm was initiated, with Altoona, Ankeny, Bondurant, Johnston and Delaware Township all called in to assist.

Weather conditions, including up to 40 mph winds and blowing snow, made the firefighters' work harder, the department said.

It took them about five hours to put out the blaze.

No one was inside during the fire, and the cause of the fire remains under investigation.