Schools go on lockdown after shots fired in Fort Dodge 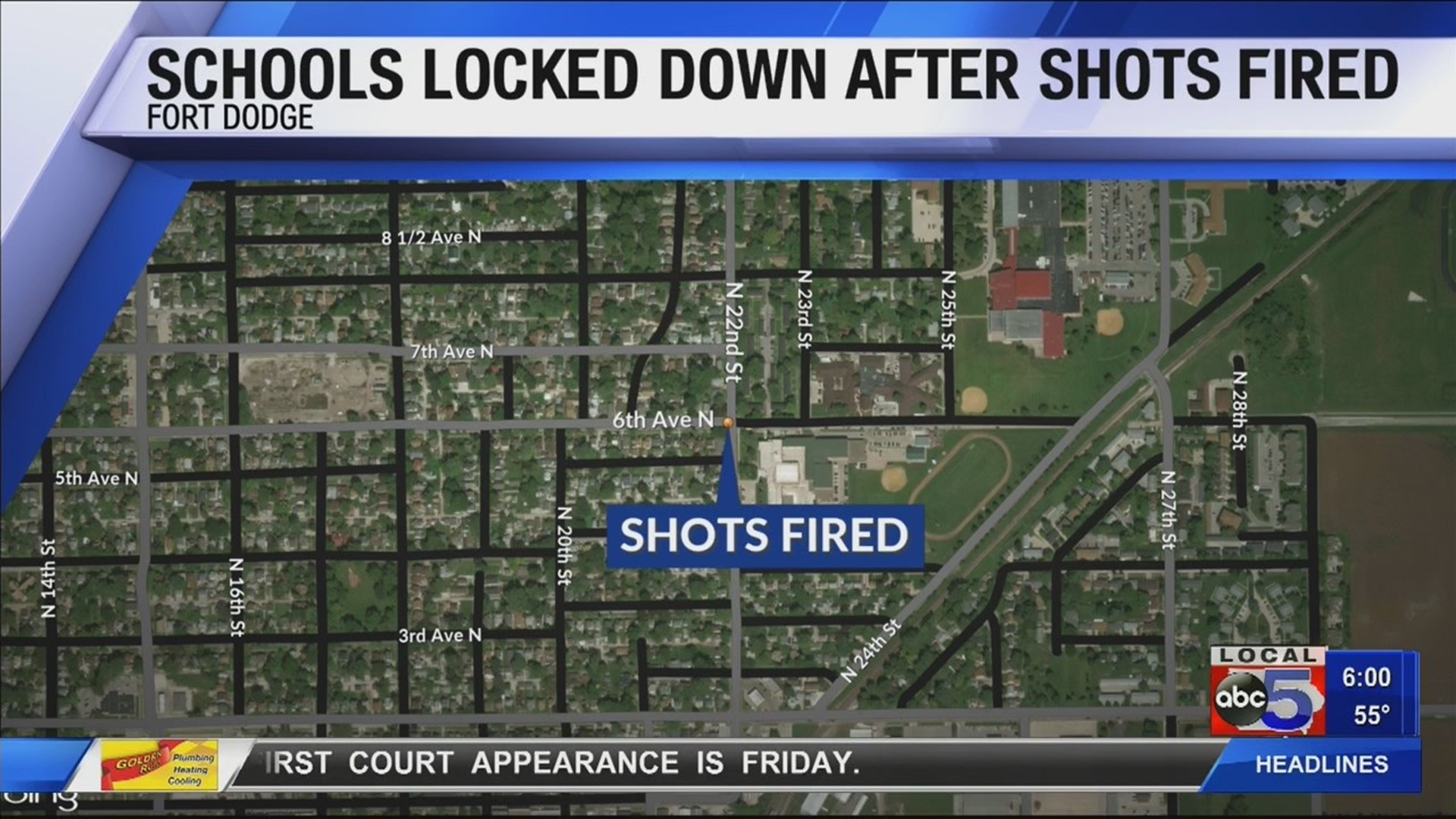 FORT DODGE – Multiple schools in Fort Dodge went on lockdown after police say shots were fired in the area.

Fort Dodge Police responded to multiple calls of shots fired Thursday afternoon around 1:13 p.m. Police say the shots were fired in the 600 block of North 22nd St, which callers told them is the Dodger Townhomes. Police also say information given to them indicates five to 10 shots were possibly fired.

Police made the decision to advise Fort Dodge Senior High School, St. Edmonds Schools, and Cooper and Duncombe Elementary Schools to go into lockout precautions due to the potential threat.

Officers then searched the area near the schools and did not locate anyone. Schools were on lock down for about 45 minutes.

Police say no injuries have been reported and say one vehicle was damaged as a result of the incident.