Amazon is fighting the unionization effort in Alabama and said in a statement it “already offers what these groups are requesting." 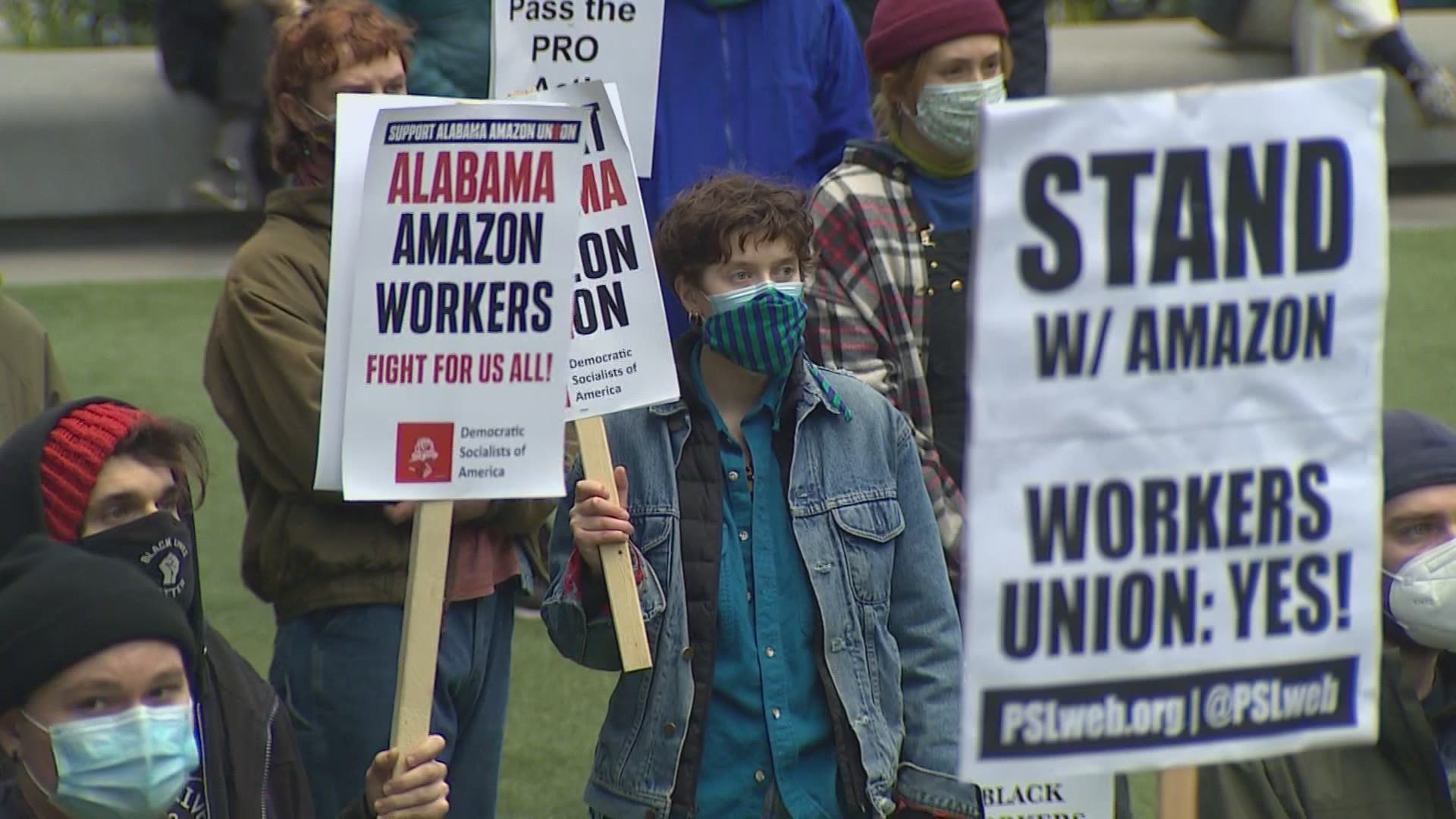 SEATTLE — A crowd rallied on the Amazon campus in South Lake Union Friday, in solidarity with a group of workers in Alabama who are attempting to unionize.

“What these workers are asking for is what they deserve. They deserve better working conditions, they deserve fair pay,” said Sean Case, an organizer with the Seattle chapter of the Democratic Socialists of America.

The roughly 6,000 Alabama employees, who work in a fulfillment center —one of Amazon's giant warehouses that fill orders — have until Monday to cast mail-in ballots. If they decide to form a union, it would be the first in Amazon's history.

Amazon is fighting the unionization effort and said in a statement it “already offers what these groups are requesting: industry-leading pay, comprehensive benefits from the first day on the job, opportunities for career growth, all while working in a safe, modern, and inclusive work environment. At Amazon, these benefits and opportunities come with the job, as does the ability to communicate directly with the leadership of the company.”

Rally organizers say the company fears other groups of workers will attempt to unionize.

“They know that if this effort is successful, which it very well may be, this will have a ricocheting effect across the country,” Case said.