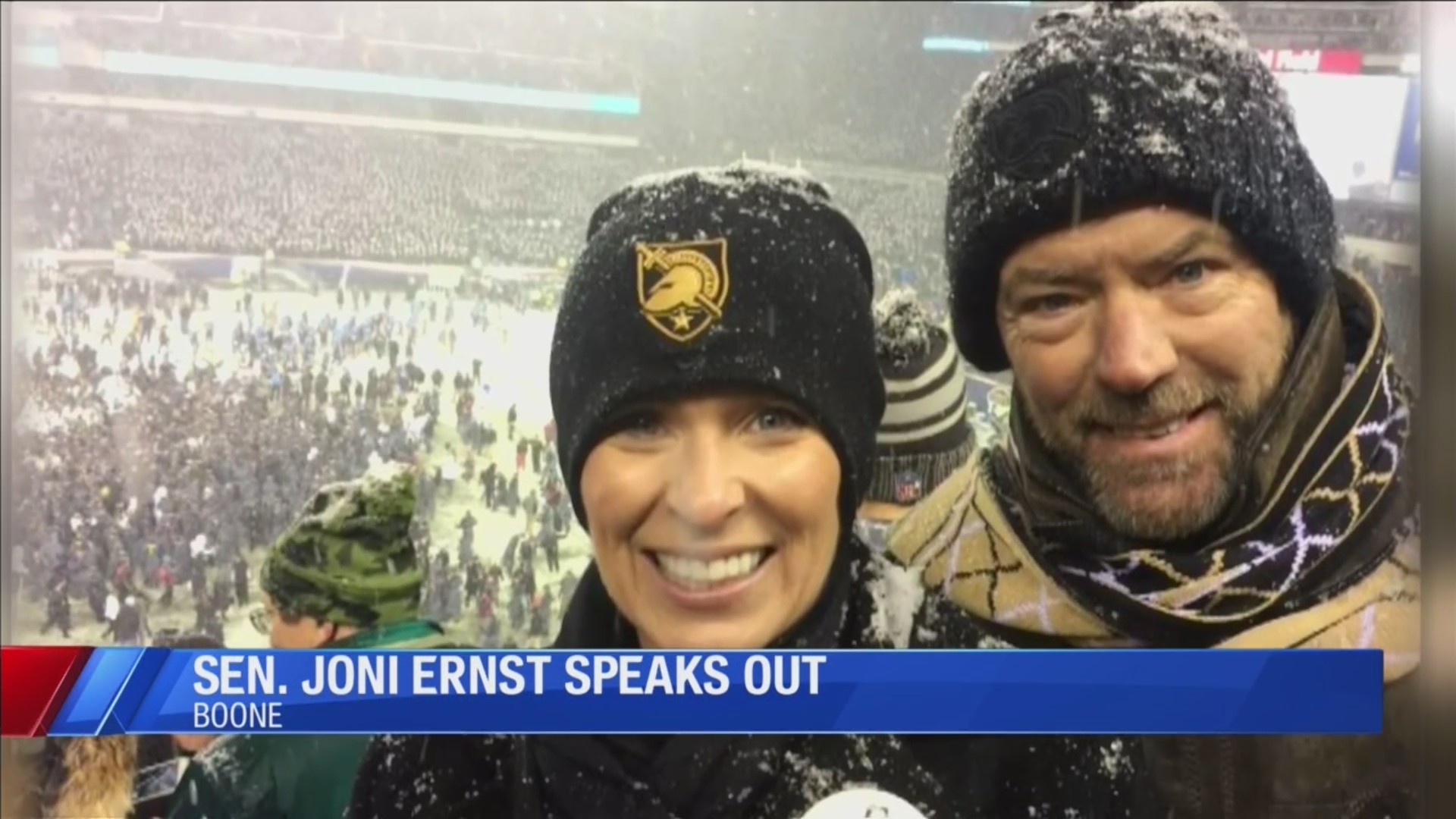 “What I want to remind everybody is that I’m still the same person as I was a week ago,” Ernst said. “The only difference is that you know more about me now than you did a week ago.”

EMOTIONAL REVELATION: Senator @joniernst breaks down answering my question about how this alleged abuse and divorce from her husband will change her in the future. @weareiowa5news pic.twitter.com/Z09aug5Vpq— Angelina Salcedo (@ASalcedoNews) January 23, 2019

In his own petition, Gail Ernst wrote that his ex-wife began exhibiting “very bizarre behavior” and that he sacrificed his goals “to be a good dad and husband so Joni could pursue her dreams…”

During an interview with Local 5, Sen. Ernst cited her experience working for victims of sexual assault in the U.S. Senate.

“I’ve always been focused on those issues,” Sen. Ernst said. “People will view my work in those areas not as a senator that is working to support them but now as somebody who has been put in that situation who is supporting them.”

Sen. Ernst co-sponsored the E-STOP Act in 2017 which eventually was included in the Fiscal Year 2018 National Defense Authoriziation Act (NDAA).

“This legislation would implement educational steps to thwart military sexual assault by mandating in-person, comprehensive sexual assault prevention training, and teaches proper use of social media for newly enlisted servicemembers in all branches of the U.S. military before they depart for basic training,” Sen. Ernst said in late 2017.

Sen. Ernst also supported the nanimous consent of the CAA Reform Act, which updated and strengthened procedures from the 1995 Congressional Accountability Act of 1995.

“There is no place for sexual harassment in our schools, workplaces, military or anywhere else.  It is critical that Congress have zero-tolerance for this type of behavior,” Sen. Ernst said. “The bipartisan anti-sexual harassment bill passed by the Senate today will ensure that members of Congress hold themselves to the same standards as the rest of the country.”

Ernst has been an advocate for ending sexual assualt for athletes, the military and on college campuses. There is a long list of bills and things she has supported while in office trying to combat sexual assault, including implementing a buddy system in the miltary, requiring athletes to report sexual abuse, and implementing new legislation on sexual assault on college campuses and universities. The full list of things Ernst has done to combat sexual abuse can all be found here.

If you or someone you know is experiencing a form of domestic physical or emotional violence, you are able to contact the Iowa Sexual Abuse Hotline at 800-284-7821, or the National Sexual Abuse Hotline at 800-656-4673. Also the Iowa Coalition Against Sexual Assault is able to help you find a program near you to help with your situation. Follow the link here to that website.