Des Moines Police have arrested one of the drivers involved. Two others died in the crash. 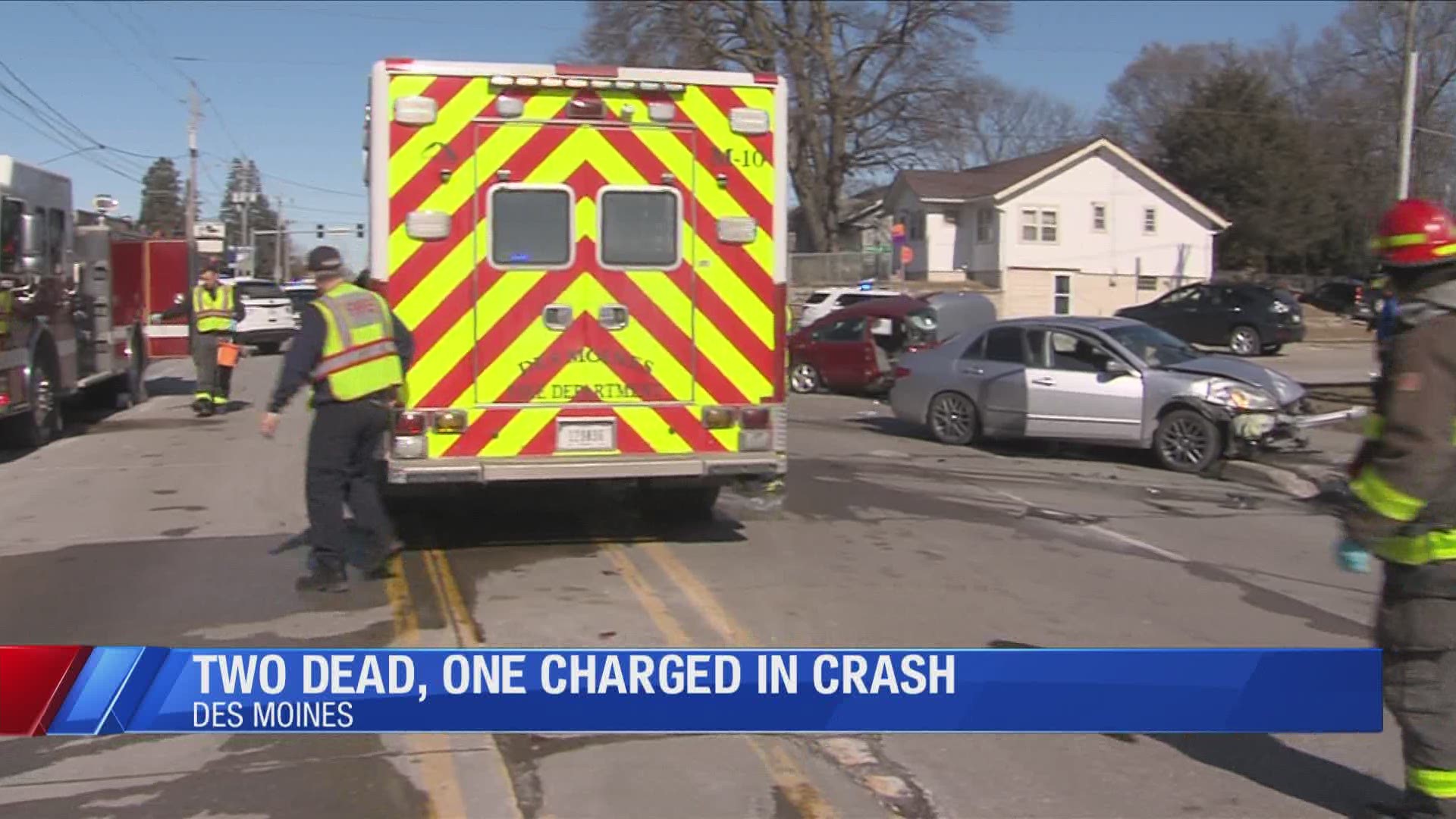 The Iowa District Court For Polk County announced that the charges against Alejandro Dean Contreras have been dropped and he is it be released from the Polk County Jail.

Des Moines Police told Local 5 the driver of the four-door sedan has been in contact with them. They've been identified as a witness, and it's been confirmed that they had no involvement with the crash.

Police are searching for potential witnesses in Thursday's deadly crash on Des Moines' south side.

Des Moines police believe that the occupants of this white sedan may have witnessed the crash and have relevant information to that will help further the investigation.

Anyone with information regarding the car and its occupants is encouraged to call the Des Moines Police Department Traffic Unit at 515-323-8370.

Two people are dead, and one of the drivers is facing vehicular homicide charges, following a multi-car crash on Des Moines' southside Thursday.

It happened near Southwest 9th and Marion Streets.

Quintana and another passenger, Brayan Martinez Ruiz, were taken to the hospital with critical injuries. Both of them later died, officers said.

Officers said Contreras refused ambulance transport at the scene, with police taking him to the hospital.

A passenger inside Contreras' vehicle was taken to the hospital, and is expected to be okay.

Contreras was booked into the Polk County Jail. Local 5 has found through a court records search Contreras has had several different traffic violations against him.

Stay with Local 5 on this breaking news story.