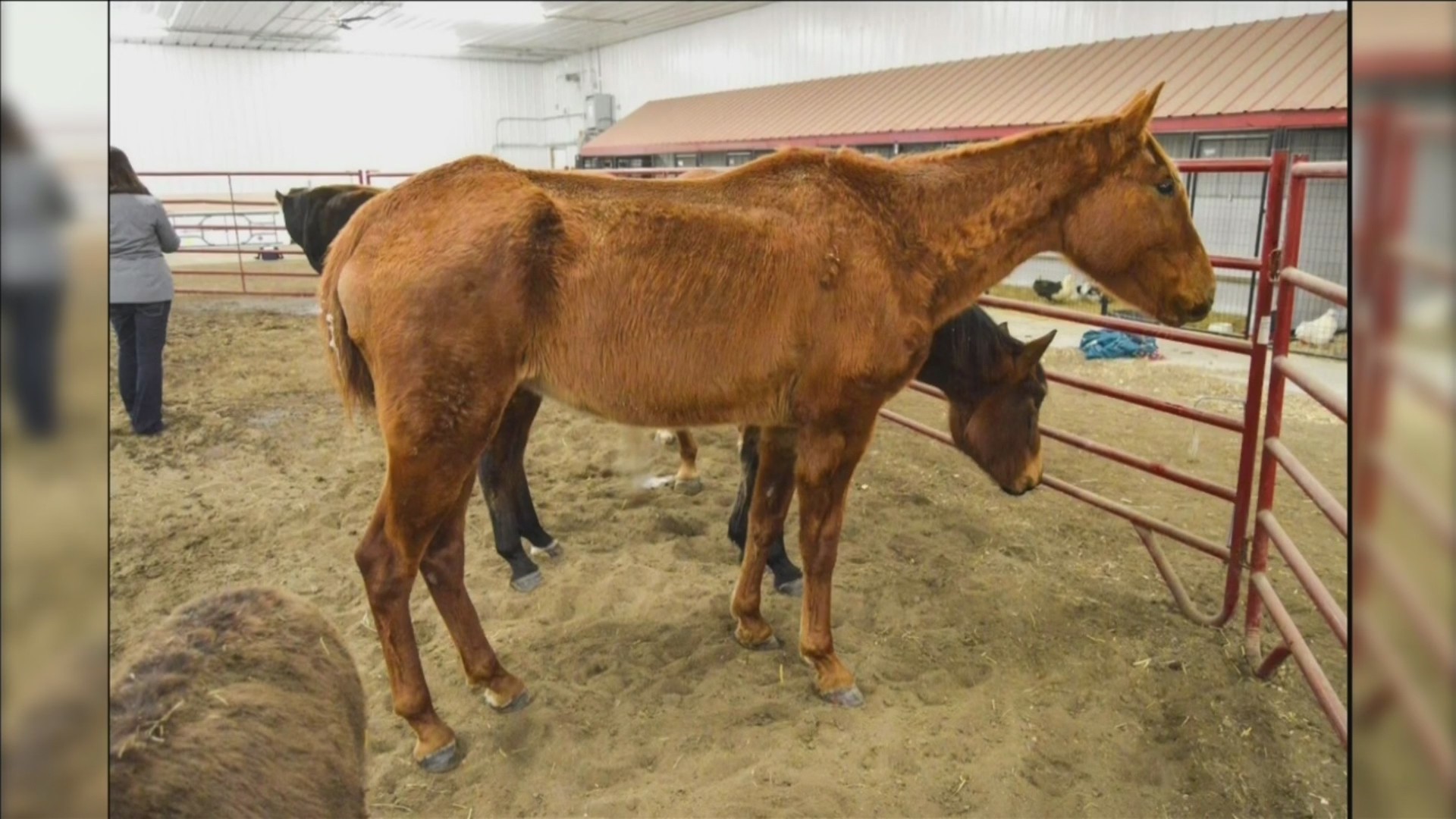 Three horses, one burro, one steer, and two dogs were all outside in the elements without any food, water, or adequate shelter.  One deceased steer was found on the property.

The ARL team quickly corralled and loaded the large animals into ARL rescue trailers and the dogs were happy to sit up front in the warm truck cabs with their rescuers.  All seven animals are now at the ARL’s main facility.  The large animals are being cared for at the ARL’s Second Chance Ranch and will continue with veterinary evaluation and treatment to determine their care plans.  The dogs are being monitored by ARL staff veterinarians.

At least two of the horses range from underweight to very underweight.  The steer’s hind side and hooves are causing him significant pain. The ARL will be transporting him to Iowa State University for x-rays, hoof care, and a treatment plan.  The burro’s halter had been on for so long it rubbed the hair away and was so rusted that it had to be cut off.

The investigation is ongoing and charges are pending for the owner of these animals.