Sorting through the facts of the Sunkara death’s investigation

WEST DES MOINES – The story of the Sunkara family is a tragic one. Police confirming Monday all of them were shot to death inside of their home in West De... 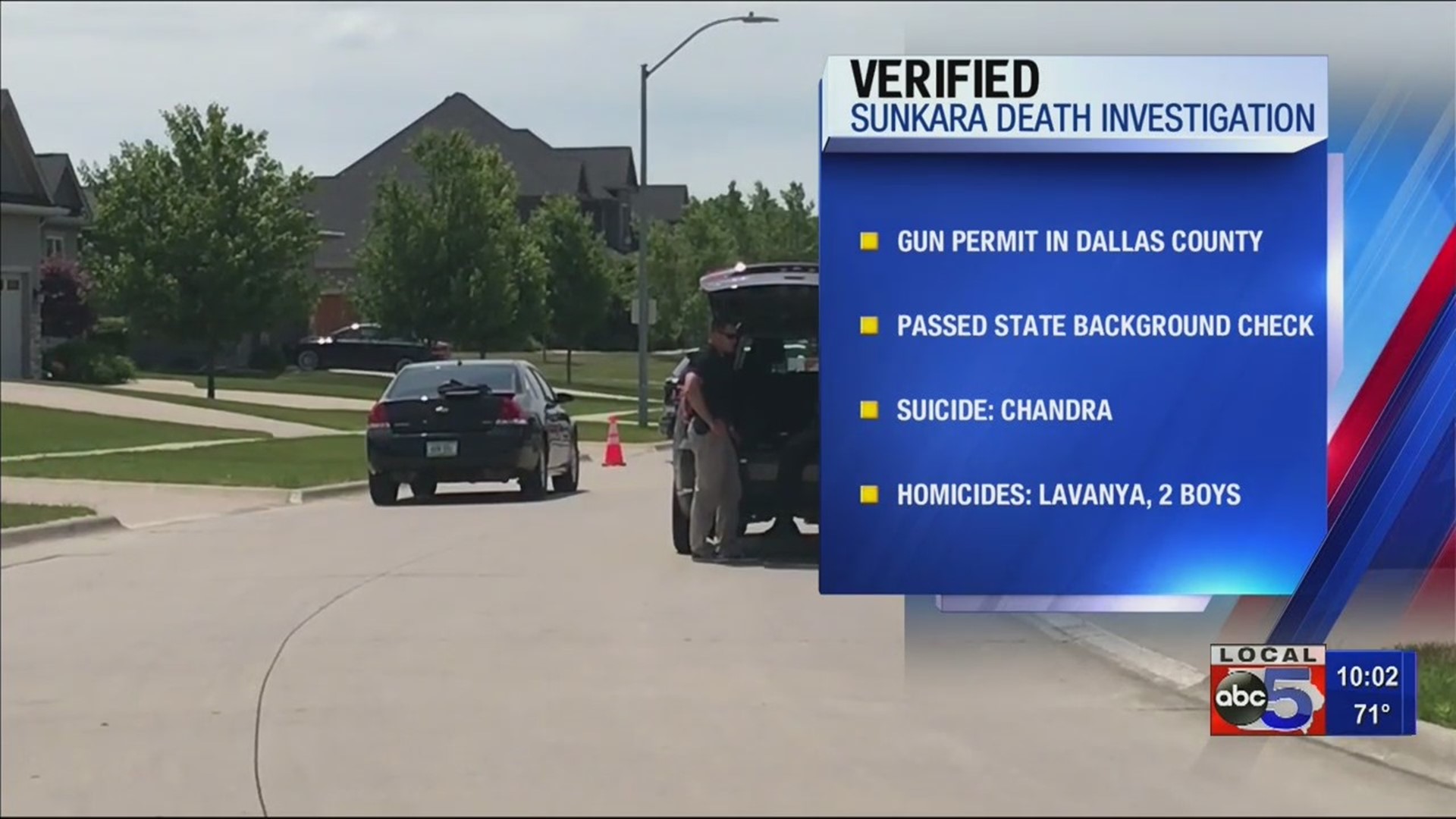 WEST DES MOINES – The story of the Sunkara family is a tragic one. Police confirming Monday all of them were shot to death inside of their home in West Des Moines. But there’s still a lot that police haven’t revealed about their investigation.

It has been nearly 72 hours since police were called to the Sunkaras’ home in West Des Moines.

Investigators are keeping details very tight, but here’s what we know and what still needs to be answered.

Chandra obtained a weapons permit on April 22, 2019 in Dallas County. The Dallas County Sheriff’s Department confirms to Local 5 that he passed a state background check. But because there is no gun registry, there is no way to find out how or when Chandra may have gotten a gun.

Verified Monday by West Des Moines PD, Chandra died at his own hands by gunshot. His wife and two sons’ deaths ruled homicides, but police won’t name who pulled the trigger.

We know the family attended Hindu services in Madrid just a week before the killings.

The boys attended Waukee Schools. Chandra worked for the Iowa Department of Public Safety in the I.T. department.

West Des Moines detectives say those were not the only people staying in the house. They had several other relatives who were visiting from out of town.

Local 5 will continue to follow leads on this story with family members and police.

A visitation for the Sunkara family is set for tomorrow morning at Caldwell Funeral Home in Urbandale from 7 until 9:30 a.m.